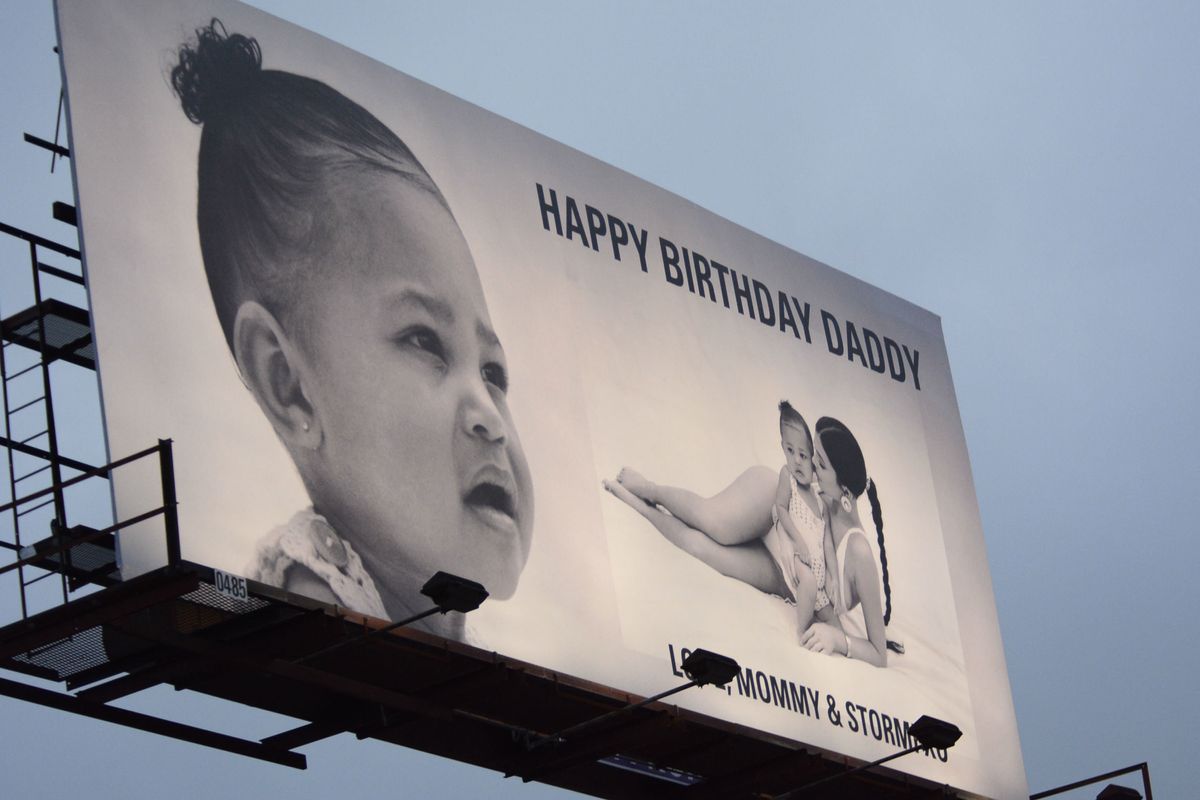 Kylie Jenner, much like the PR firms in my inbox, loves an experiential event. When Stormi turned one, for example, Jenner created a pop-up theme park that featured a giant balloon entrance shaped like her daughter's head. After commissioning an entire billboard in his honor, last night she staged a similarly scaled event for her partner Travis Scott, who just turned 28. He also got a giant face-shaped balloon! Similar to the one on his Astroworld cover art.

Scott's birthday party was shamelessly extravagant, if the couple's respective Instagram stories are anything to go by. Here's every wild detail we know.

There Was a Fake Gas Station With Slurpees

Kylie Was Sick But Still Had Fun

Unfortunately, Kylie shared on her Instagram Story that she had woken up feeling ill on the day of the party. She bravely persevered, though, and had a good time!

There Was an Elevator, and Kylie and Travis Went In It

Kylie's Story also confirms that she and Travis rode in an elevator at some point during the celebration: "We're in an elevator... I creative directed this party, by the way." Honestly, elevators are great for selfies, and more parties should have them.

Scott shared a picture of a silver Lamborghini on his Story, thanking "wifey." Cars are kind of their couple thing — Travis gave Kylie a Rolls Royce last year worth $350,000.

As with many branded party events, Travis's birthday was heavily attended by the Instagram set. You can currently enjoy it through the eyes of @yrispalmer, @victoriavillarroel, @styledbyhrush, @stassiebaby, and a number of cosmetologists. Quick, before the Stories expire!

Speaking of influencers, many party guests enjoyed posing in cowboy hats with a Western themed backdrop.

There Were Free Tattoos (And Kylie Got One)

Minimalist tattoo artist to the stars Jonboy was on hand to provide party goers with permanent souvenirs. Kylie and Travis both took advantage.

Madison Beer Was There

Travis Scott recently collaborated with Nike, so naturally sneakers were a theme. Scott's birthday cake was a giant Air Jordan, and Air Jordans were also used as decor throughout the space.

Guests Ate M&Ms With Stormi’s Face on Them

An only slightly creepy family portrait adorned candy distributed at the party. Yum.

Kylie's Story provides a glimpse of a balloon (she loves a balloon!) that looks like the work of contemporary artist KAWS, known for his "companion" character. A very billionaire art collector choice.

Kylie and Travis Engaged in Plenty of PDA

As far as we can tell, the happy couple were inseparable all night. Shout out to this cute grid post that Kylie made in tribute to her partner before the party, in which she ponders whether they should "fuck around and have another baby." She honestly doesn't get enough credit for being low key pretty funny.