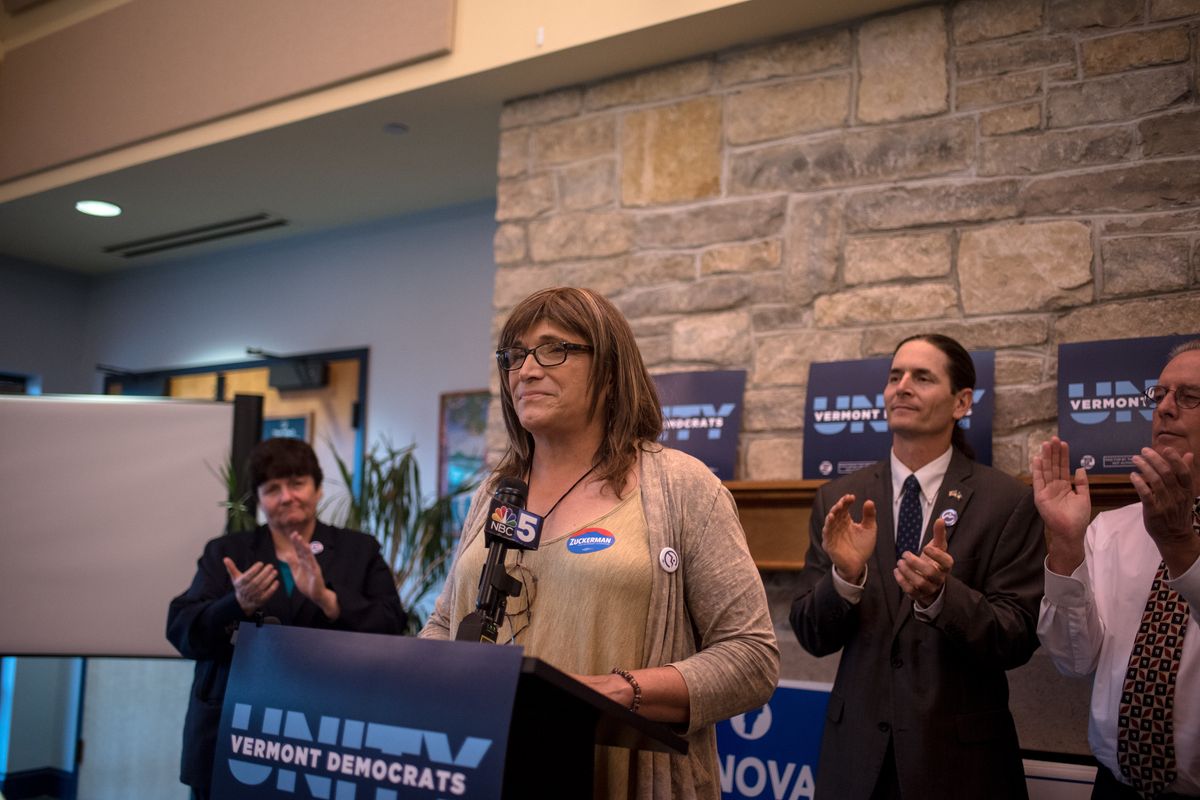 On last night's Tucker Carlson Tonight, host Tucker Carlson and guest Chadwick Moore decided to talk about Christine Hallquist, the first transgender gubernatorial nominee in America. As you might expect, they were not kind.

Carlson asserted that Hallquist's identity provides an advantage to her campaign, and Moore, a writer who you may remember for "coming out" as a conservative after penning a sympathetic story on Milo Yiannopoulos, agreed.

"You're absolutely right to acknowledge [Christine] Hallquist's transgender privilege," said Moore. "She can get away with many, many things simply by being transgender. I mean, who knows if that's even how she won this primary."

Moore went on to question Hallquist's qualifications, saying she did not even know the definition of socialism (which is true). But the idea of "transgender privilege" is ludicrous. The challenges the trans community faces are manifold: there's little legal protection for trans people, barriers to accessing health care, higher rates of poverty and suicide, harassment, violence.

This seems obvious. But not to Moore, Carlson, or their cohorts. So trans people began tweeting about their lives under the sarcastic hashtag #TransgenderPrivilege.

Moore is still being Moore.