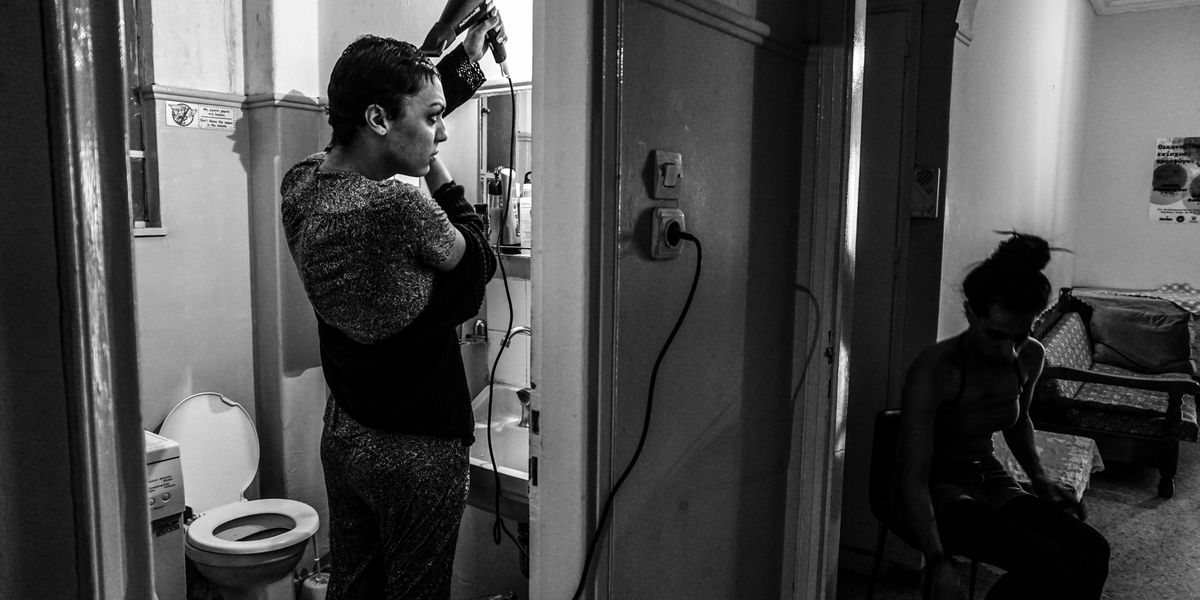 Trans Women Are Refugees, Too

A look at the women making new lives in Greece.

For the trans refugee women coming to Greece from countries of the Middle East and North Africa, Athens is only the first step for the beginning of a new life. Being persecuted for years by their own family and local society, the majority of them have been living for a very long time as women disguised as men.

Wearing men's clothing when they walked on the street out of fear of being attacked or even killed and women's lingerie when they returned back home, it was for them a matter of survival. Some of the girls still don't feel safe enough to dress as a woman outside the comfort zone of their apartment. On the other hand, it's a few brave ones who went against the moral ethics of their country. But as a result, they have been jailed, tortured, raped, threatened for their lives and almost all forced at least once to work as an escort to survive.

In the summer of 2017 I spent several months with a group of trans refugee women from the MENA region, as they struggle to make a new life in Athens, Greece, a country way more conservative than they expected. See photos from the work, "Woman in Disguise," below:

Demetrios Ioannou is a photojournalist from Athens, Greece.