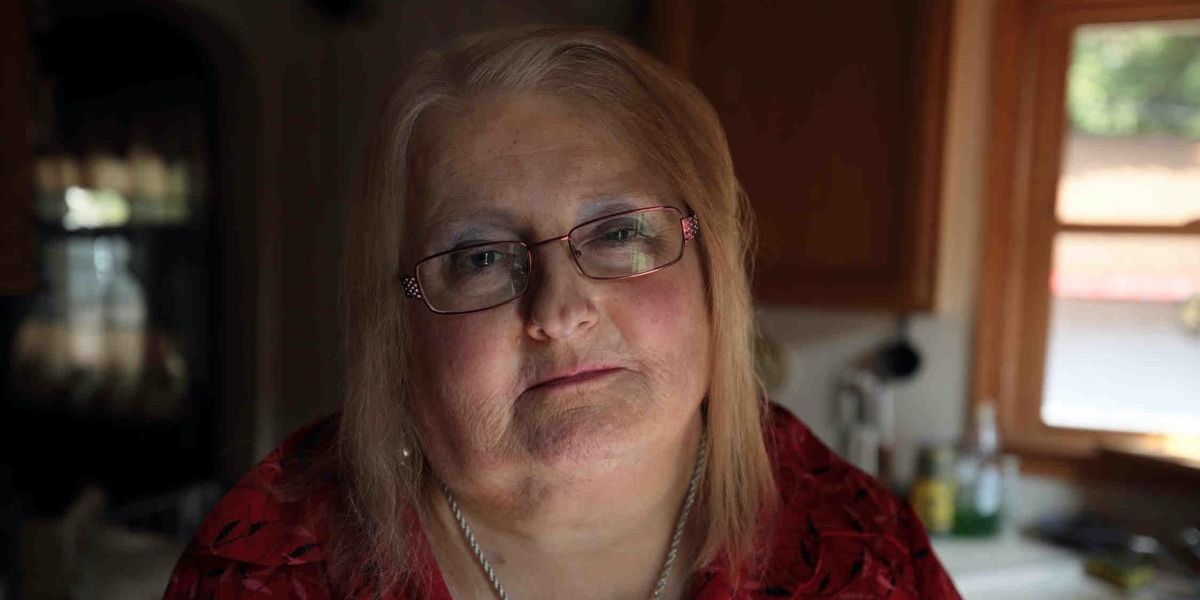 Aimee Stephens was fired from her job at a funeral home in Detroit in 2013, after announcing in a letter to her boss and coworkers that she was transgender. With the help of the ACLU, Stephens' resulting Equal Employment Opportunity Commission complaint became the first major trans rights case to receive a full hearing by the Supreme Court. She passed away at age 59 on Tuesday as a result of kidney failure.

Related | Why Does Grindr Have Different Rules For Trans Women?

The decision in her case, which will decide if the Title VII of the Civil Rights Act (which prohibits employment discrimination based on sex, race, color, religion or national origin) extends to trans people, is expected sometime this summer.

"What I must tell you is very difficult for me and is taking all the courage I can muster. I have felt imprisoned in a body that does not match my mind, and this has caused me great despair and loneliness," Stephens wrote in a letter to R.G. and G.R. Harris Funeral Homes. "I will return to work as my true self, Aimee Australia Stephens, in appropriate business attire. I hope we can continue my work… doing what I always have, which is my best!"

ACLU’s Instagram profile post: “With heavy hearts, we must share the news that Aimee Stephens, whose landmark case was the first case about the civil rights of transgender…”

Stephens won her workplace discrimination case in the U.S. Court of Appeals for the Sixth Circuit, in Cincinnati. The funeral home, backed by the conservative non-profit Alliance Defending Freedom (which advocates against abortion, LGBTQ adoption and gender affirming surgery among other things) challenged the decision, sending it to the Supreme Court.

"Aimee did not set out to be a hero and a trailblazer, but she is one, and our country owes her a debt of gratitude for her commitment to justice for all people and her dedication to our transgender community," Chase Strangio, a member of Stephens' legal team, said in a statement. "As a member of her legal team, I am deeply sad for this loss. As a transgender person and an advocate, I am filled with both grief and rage that we have lost an elder far too soon. As we, and millions, carry her work for justice forward, may she rest in power and continue to guide us on this path.

Stephens began transitioning in 2009, coming out at the time to her wife Donna Stephens, who has supported her throughout her case.

"Thank you from the bottom of our hearts for your kindness, generosity, and keeping my best friend and soulmate in your thoughts and prayers," Donna said in a statement released by the ACLU on Tuesday. "The outpouring of love and support is our strength and inspiration now.

Donate to Donna's GoFundMe to help out with Aimee's funeral and end of life care expenses here.