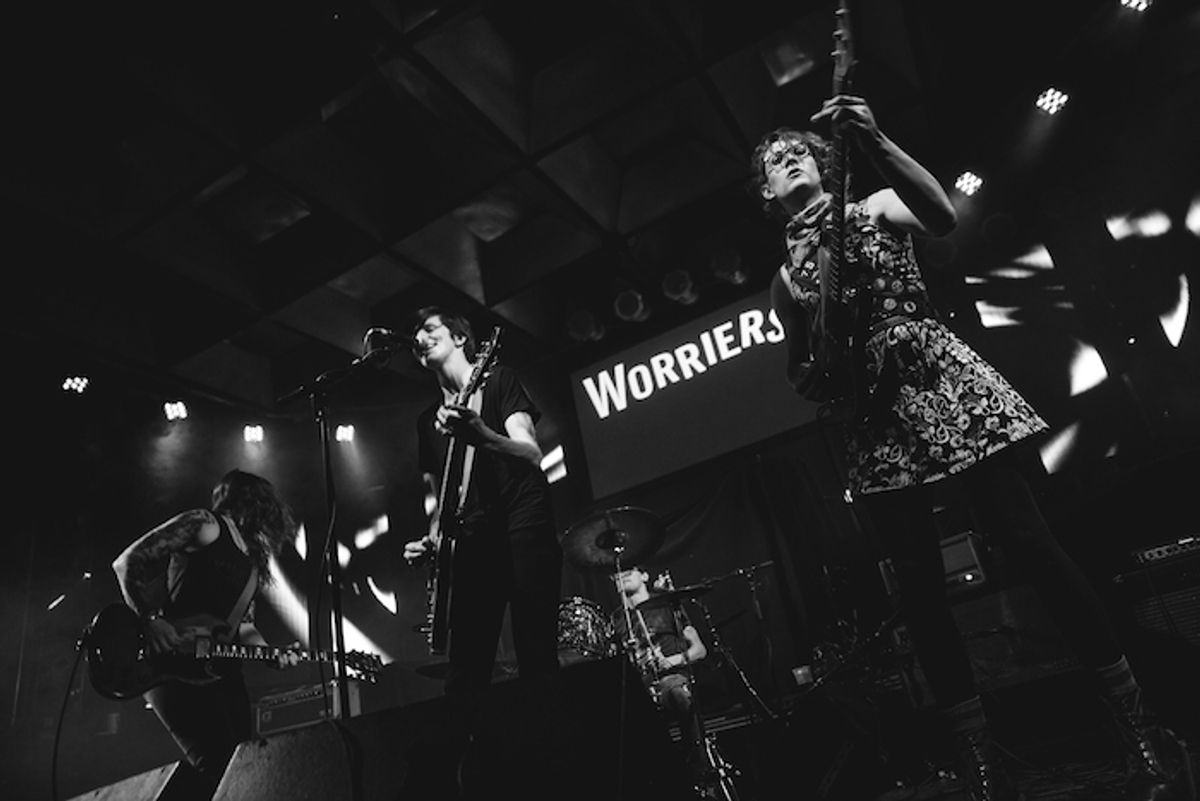 Noise and Light: Trans and Genderqueer Musicians to Know and Love

While recent years have seen greater (and to some degree more thoughtful) mainstream discourse about the complexity of the gender spectrum and the realities of trans experiences, that discourse still hasn't changed most of those realities in material ways. Often pushed to the outside of music scenes nominally meant for outsiders, many trans and genderqueer musicians also push sonic boundaries, making extreme and/or experimental music as a means not just of survival, but of finding solidarity and truly resisting death. With musicians like Genesis P-Orridge paving the way for gender dialogue and noise to mix, it's a combination that makes perfect sense.

Imogen Binnie, the author of the beautifully written and emotionally affecting novel Nevada, was in a doom band called Correspondences who came out of retirement to play one show together in the Northeast this past summer; thankfully, they've left us expansively blackened recordings to fall into headfirst until the next time they resurface (we hope that's soon). The appropriately named Bog Witch were a sludgy, delightfully nasty noise-rock trio; their guitarist and vocalist Elsa Trash also has a solo lo-fi bedroom pop project that is sweet, dark and sad in equal measure.

Vile Creature make roaring, deep metal squall that explicitly references the pain and frustration of their queer lives outside the gender binary. Femme grinders +HIRS+ are gorgeous, furious and could set the world on fire. Oakland's SBSM land somewhere between no-wave and darkwave, in a bleak, minimal world where they can shake off dogmatic dictates.

Percussionist and composer Sarah Hennies makes intricate and challenging modern experimental music that can feel so tenuously balanced as to be terrifying in its delicacy. Chloe Escott (who also does brilliant standup comedy partially about trans issues) and her band Native Cats explore the poppier side of minimal, sparely structured electronic post-punk.

Gender neutrality can look like many, many different things, and musicians like Lauren Denitzio of pop-punkers Worriers (pictured above) and Cash Askew and Kennedy Ashlyn of the dense, lush shoegaze outfit Them Are Us Too bring distinct and carefully articulated aesthetics to the conversation.

These are just some of the artists changing the gender landscape with their varying presentations, ideas and aesthetics, from the underground up: their voices aren't just politically important, but immensely artistically valuable. They're worth listening to not just for representational purposes, but because what they have to say, how they say it and who they are as full, complicated humans worthy of our attention. We often expect trans and genderqueer musicians to speak only to a narrow range of issues, or to speak to our expectations of who they are, but that is deeply unfair to their work, and to a true appreciation thereof.