Traffic Stopping (or is it Moving) Plan for Manhattan 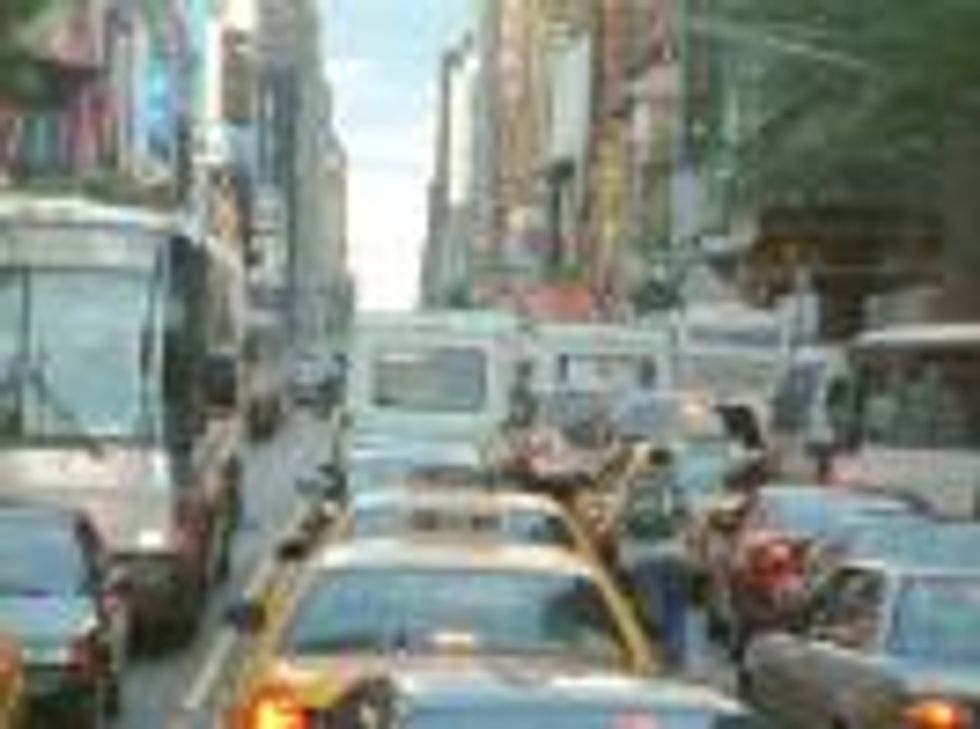 Now that he's been re-elected we're finding out what Mayor Bloomberg has up his sleeve for the coming four years. It would be nice if he told us these things during the election campaign, but I guess that's not good politics. In any case, the NY Times  reports that Bloomberg is considering charging up to $7 for the right to drive through the more congested parts of  Manhattan during peak hours. While this will certainly cut down on traffic -- and who wouldn't want that -- I don't think it fulfills his committment to losing Democratic Mayoral candidate Fernando Ferrer who urged Bloomberg to focus more attention on struggling New Yorkers  (Daily News) . Though Bloomberg defiantly insists his administration has always cared about the city's poor and working class, making those on the lower income bracket pay the same rate as the rich does not a level playing field make. And as long as we're thinking of ways to speed traffic through Manhattan, how about a policy that restrict trucks from making deliveries to mid-town to night time hours. Obviously, exceptions can be made for essential goods so no one suffers any excessive hardships except for the truckers. Perhaps tolls can be lifted or reduced for those hours to provide more of an incentive.