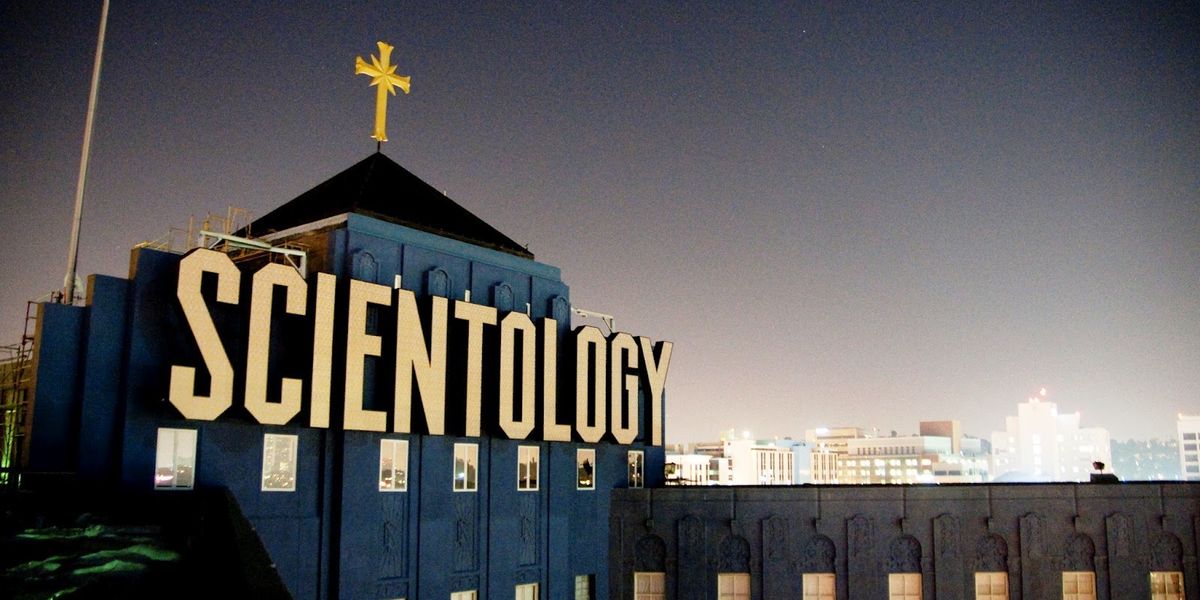 Top 5 Things We Learned About Scientology In 2015

It's been a banner year for the religion.

From HBO's (somewhat lackluster) Going Clear documentary, to Leah Remini's tell-all...we were INFORMED of some totally insane details about the already insane group.

A little rewind of the craziest details are a perfect way to spend Christmas Eve...here are the top 7 Scientology moment of 2015.

For anyone (like me) who didn't read Going Clear before seeing the documentary, it were shocking to learn that in the early days of the church, when Scientology's Sea Org was sailing around the Mediterranean Sea in a fleet of ships (commanded by founder L. Ron Hubbard), members were often THROWN overboard for insubordination.

Members were often BOUND AND/OR BLINDFOLDED before taking the plunge.

This practice, literally referred to as "overboarding"--was reinstated on Scientology's fabled Gold Base in the past decade, where members would get buckets of water thrown at them while standing on against a wall, or pushed into the base's outdoor swimming pool in freezing temperatures.

The church admitted to it, but called it "ecclesiastical justice."

4. David Miscavige had a meadow of wildflowers planted for Tom Cruise

In the Daily Mail's glorious expose on the "bromance" between Scientology's star member and the church's head David Miscavige, we learned MANY things about the creepy twosome.

Other than hitting Vegas to gamble (which is not allowed in the church), speaking in a secret, fratty Thetan language to one another, and Tom being the only person allowed to use Miscavige's private gym (ugh), the greatest detail came in the form of flowers.

Miscavige apparently had a meadow of wildflowers planted at Gold Base for Tom Cruise, after the star gushed about his fantasy of running through a field of wildflowers with his then-wife Nicole Kidman.

Leah Remini's memoir Troublemaker: Surviving Hollywood and Scientology exploded in the latter end of 2015, revealing some of the more disturbing, and just plain bizarre aspects of her life in the church.

Her interactions with Tom Cruise--a friendship that came ONLY after the TV star paid literally millions in donations to the church--was a tense, awkward one.

Remini recounted how in the early days of Cruise's relationship with Katie Holmes, she and her Cuban-born husband, Angelo, were required to go to Tom's house one night, so they could teach him and his bride-to-be how to dance salsa.

The actress was reprimanded by church officials after apparently telling the future Mr. and Mrs. Cruise to "get a freaking room," after enduring their over-the-top PDA.

Cruise and Holmes' shammy wedding at a castle in Italy was played to be the "wedding of the century," and Remini, among other A-list Scientologists/allies were invited; Remini says Cruise had her invite her BFF Jennifer Lopez and her ex-husband Marc Anthony in hopes that they could draw the superstar into the church.

During the reception (where Tom serenaded Katie with his famous "You've Lost That Loving Feeling" serenade from Top Gun, BARF) Leah heard Suri's infant cries echoing throughout the castle.

She found Suri wailing on the cold bathroom floor, as Cruise's sister and his assistant stood above her, rapturously watching her as if she was "L Ron Hubbard incarnate."

Remini snapped them out of their trance, and got someone to get bb Suri a bottle, because what in the actual Rosemary's Baby fuck.

It's not all doom and gloom! Scientology's chillest member, Juliette Lewis, is also a social media PROPHET, offering up Facebook videos that can brighten the darkest day.


Listen... You killed it today! Whew! Take that "Mercury in retrograde"!
Posted by Juliette Lewis on Tuesday, October 27, 2015

And also bless this amazing SNL parody of Scientology from April.