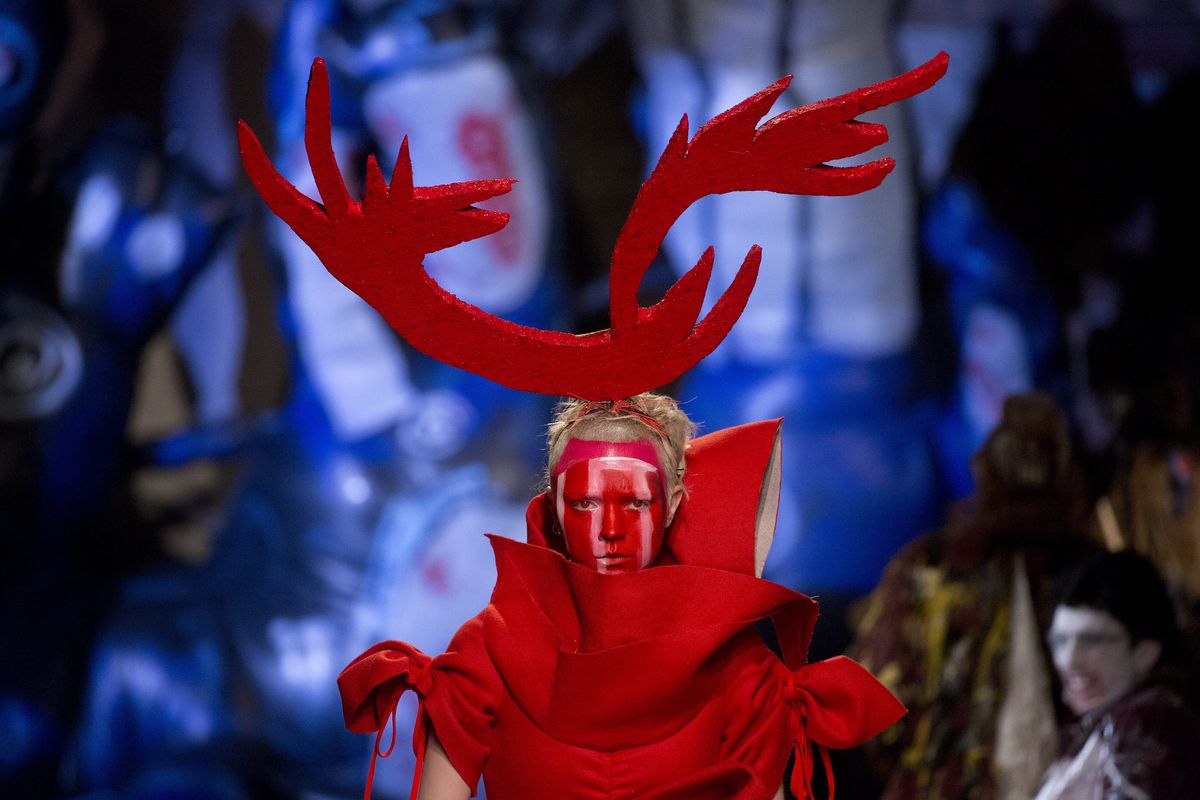 While Paris, New York and Milan vie for the title of ultimate fashion capital of the universe, London reigns supreme as the city where the most interesting young designers, many from countries other than the UK, show their wares (Sorry NYC!) Here's a round-up of our five favorite shows from London Fashion Week: Men's, all world-class designers who reinforce London's position as a global fashion capital.

Only in London could you see a show like Craig Green's. He mixes super modern silhouettes and sporty details with hard-to-understand assemblages and constructions carried by the models that are more walking art installation than fashion ensemble.

Charles Jeffrey won 2017's Emerging Menswear Designer of the Year at the British Fashion Awards and his show this season seems to encapsulate all the wonderful things we associate with London Fashion Week: The historical tailoring and brazen attitude of vintage Vivienne Westwood, the hard-to-believe silhouettes of the now-defunct Meadham Kirchoff. It's a club kid version of the classic London dandy new romantic nightlife sensation.

Grace Wales Bonner's show is one of the most anticipated of the season. Her jackets and pants are unbelievably chic, well-cut and expensive looking. They bring to mind vintange Saint Laurent more than a young designer in only her 4th season. Her black bolero jackets were particularly luxurious looking.

The London-based Danish designer Astrid Andersen is one of the most interesting of the post-Jeremy Scott streetwear-as-high-fashion designers. She put together looks that sound crazy- argyle sweater with bicycle shorts, trainers and a cowboy hat- but look super cool and hip. The general feeling was very Neneh Cherry buffalo look of the mid 80s.

The Bulgarian born designer showed women's wear for the first time but it was his menswear that really stood out. Color-blocked athletic silhouettes, the best with short shorts and accessorized with pouch handbags and blonde wigs played in that post-gender space that so many young London designers love.