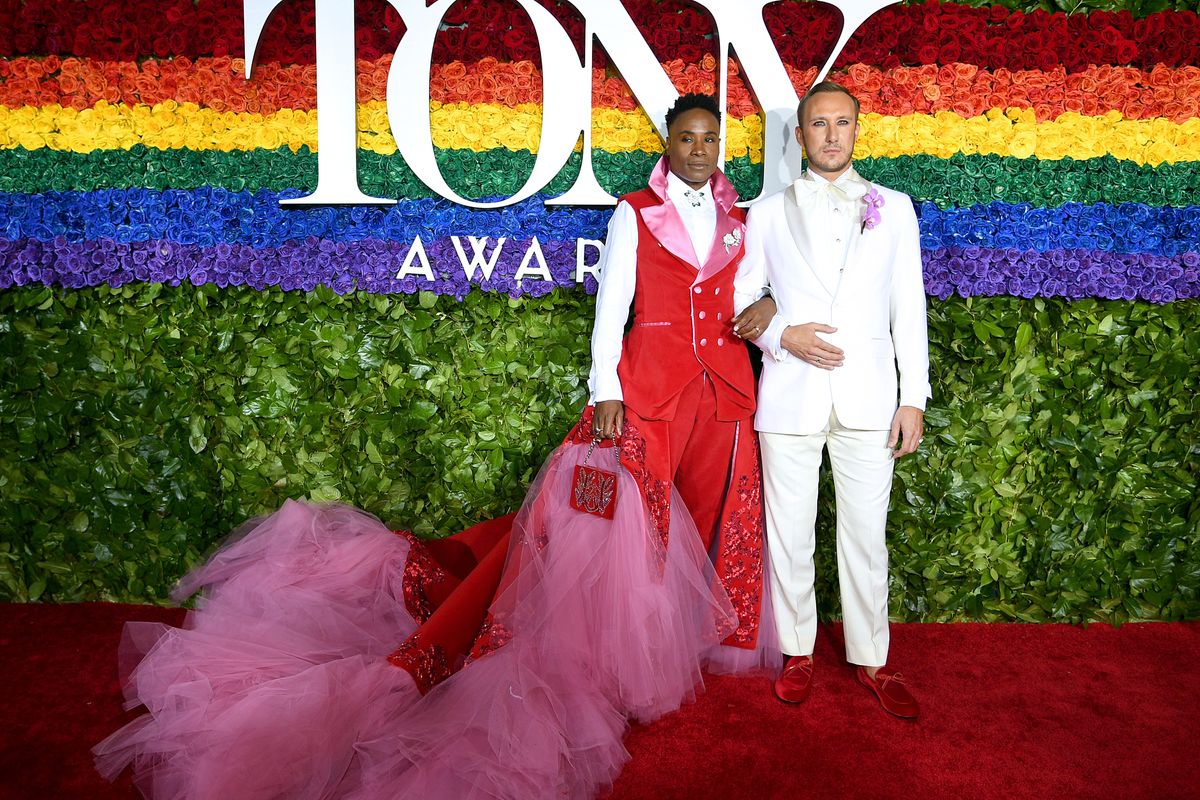 The Best Looks from the Tony's Rainbow-Themed Red Carpet

The Tony Awards are here, and for the 73rd annual ceremony, the red carpet at Radio City Music Hall was designed to celebrate World Pride, which will also take place in New York City later this month. And, of course, the celebrity guests and nominees brought their A-game to the rainbow-themed red carpet.

The step-and-repeat backdrop for photos on the red carpet is made of roughly 22,000 roses tinted in the colors of the rainbow to resemble the pride flag. For the past five years, Vogue editor-in-chief Anna Wintour has enlisted the task of designing the Tonys backdrop to event designer Raul Àvila, who has also been in charge of the décor for the annual Met Gala since 2007.

"Focusing the red carpet theme around World Pride marks a seminal moment for New York City, as it hosts both the Tonys and World Pride in the same month," Àvila told Vogue. "These two communities have been closely intertwined since the beginning of Pride."

"I think it's a combination of a lot of things, but certainly there are great writers – ancient and modern, including a really exciting crop of very young contemporary playwrights – who have vital stories to tell and are taking on complex issues of politics, race and gender identity," Wintour told The Hollywood Reporter. "Luckily, on Broadway we have the directors, producers, designers and performers to communicate these stories in provocative, uplifting and engaging ways."

See all the best looks in the gallery below.