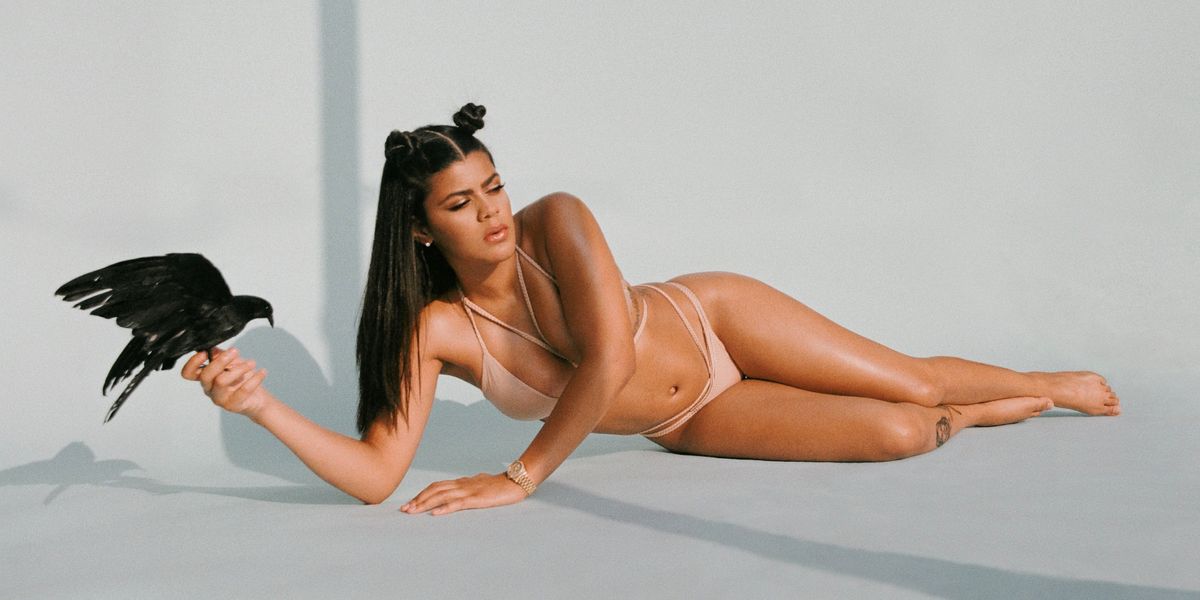 A former college basketball star and the original Vine creator of the viral catchphrase, "Bish, Whet?", Toni Romiti is a woman of many talents — but music is now her number one. With millions of YouTube views, music streams and downloads, the independent artist is on the playlists of Hollywood cool kids like Kylie Jenner. She's even been invited to writing sessions with artists like Camilla Cabello.

Known for her empowering anthems and fearless lyrics, Toni has previously blessed us with hits like "Nothin on Me" and "Imma Dog Too," and her 2018 album TOMBOY further solidified her lane. Now, Toni's latest project, Don't Talk to Boys, is the ultimate guide on relationships. Like a 10-step program to get over an ex, the newly released LP is filled with sound advice over smooth melodies and high-octane beats.

What's more, Toni is also using her platform to combat racial injustice with a limited-edition line of merch where 100% of proceeds go towards Black causes and charities. "Don't be shy, protest some more," reads one t-shirt. "Black culture is pop culture," says another.

PAPER caught up with Toni Romiti to chop it up about all things Don't Talk to Boys.

Your new album Don't Talk to Boys just dropped. How does it feel to give your fans this body of work?

I'm so excited to finally be able to put out a new project. I love creating new music and connecting with people musically. I'm just hoping that people love it as much as I do. [Laughs]

It honestly depends. Sometimes the concept comes first and I write poetic lyrics down before even finding a beat, and then I make the lyrics fit to a beat that I like. Sometimes I find a beat and just go in the booth and freestyle melodies until I come up with something I like. Things that inspire my next song usually have to do with everyday life; things I hear in conversation, things my friends are going through, things I went through in the past, or things I'm going through currently.

If you both really want it to work, then you'll find a way. Also, set your boundaries in the beginning, so there are no surprises.

Put up with bullshit if he makes a lot of money.

Besides listening to Don't Talk To Boys, what's the best way to get over a breakup?

Cry. [Laughs] Give yourself time to just grieve. Every loss hurts in some capacity. And just remind yourself that everything happens for a reason. And what's meant to be, will be. Don't dwell on the past. And just remember your self-worth.

What advice would you give to women looking to be the next Toni Romiti of their respective field?

[Laughs] This is flattering, but I don't really think anyone should aspire to be like me. Just be like yourself. The best version of yourself.

Who are some of your dream collaborators, either behind the pen or in the booth?

I would love to collaborate with Kid Cudi, Drake and India Arie. I also really like Flo Milli right now. She's super dope. I would love to do a joint project with Tink. I feel like that would be so fire.

What does it mean to be a Black musician and entrepreneur especially while Black Lives Matter is getting so much attention?

Being a biracial Black woman, I acknowledge that my experience is not the same as other Black women with two Black parents. There is privilege in having a lighter complexion. Who's to say I would even be where I am today if I weren't "light skinned." This is something I think of often. So, with everything going on regarding Black Lives Matter, it is something I do feel very passionate about. And I just want to do my part in uplifting the Black community in any way that I can, whether that be using my platform to shine light on different issues or donating to different causes. I just want to see Black people win. And I want to see Black women, especially dark-skinned Black women, get the credit they deserve in the industry.

You've dropped some conscious, empowering merch during social unrest. Why create clothing with a message?

I just wanted to contribute monetarily in some way. Speaking out is one thing, but action is what it's all about. And money talks! [Laughs]

You're a role model to millions around the world. Who are some of the female role models that you look up to?

I love Rihanna. I also really like Mila Kunis. And, of course, my oldest sister, Irma. She's one of the biggest role models and inspirations in my life.

If you weren't making music, what would you be doing?

Playing basketball in the WNBA.

What do you do to unwind and practice self-care?

Do nothing! [Laughs] I just like to chill in my house and watch my favorite shows: Love Island and Chopped Junior.

My Black is POWERFUL.

Thanks to you, women and girls have another reason to be empowered. What's next for Toni?

I just plan to promote the hell out of this album. Being an independent artist takes a lot of work, but it is so worth it. I also plan on relaxing and taking a little time to myself. Prepping and getting ready for this album was definitely a bit stressful! [Laughs]

Keep Toni Booked x Busy by streaming Don't Talk to Boys now, and keep up with her by following @ToniRomiti and visiting toniromiti.shop.