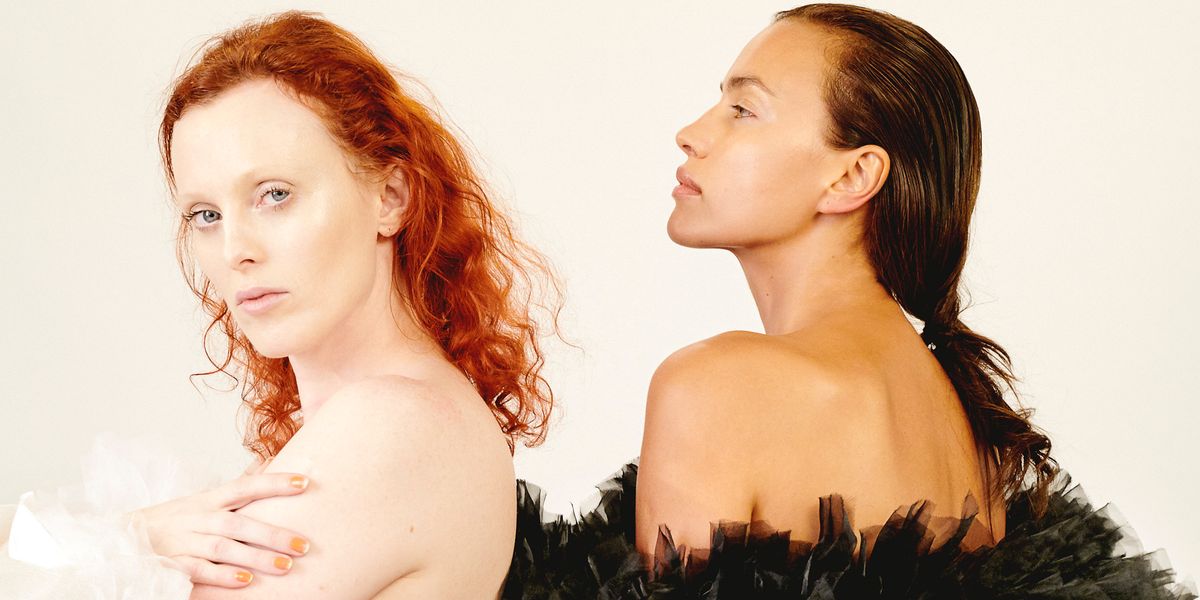 After legendary stylist Katie Grand plucked designer Tomo Koizumi from relative obscurity on Instagram last season, his debut show became one of the most talked-about events of the schedule. For his sophomore effort, Koizumi maintained that same creative spirit, but whittled down the looks from 28 to only seven for Spring 2020.

Held at the same venue as last season (Marc Jacobs' store on Madison Avenue), the show was assembled by many of the same famous talents who helped him out the first time (Guido Palau for hair, Pat McGrath for makeup etc). This time though, only one model showcased each look, and a team of dressers would go onstage to change DNA's Ariel Nicholson out of each heavy ruffled organza outfit. Her hair was styled into a severe coned shape, with heavy eye makeup and glittery details adorning her face.

Nicholson danced around the set very expressively, with exaggerating motions and dramatic gestures conveying a sense of performance art. Unlike last season's effort, there were no cocktail-length dresses here. Everything was bigger, boxier, and for a lack of a better word, more extra. The only embellishments were giant ribbons inserted throughout each look, and the colors were vibrant and imbued with a multi-toned, gradient effect. The last two looks were perhaps the most striking, with a white bridal number and black funeral costume providing a counterbalance to the rainbow of hues Koizumi has played with up till now. See below for all seven looks from his Spring 2020 lineup.