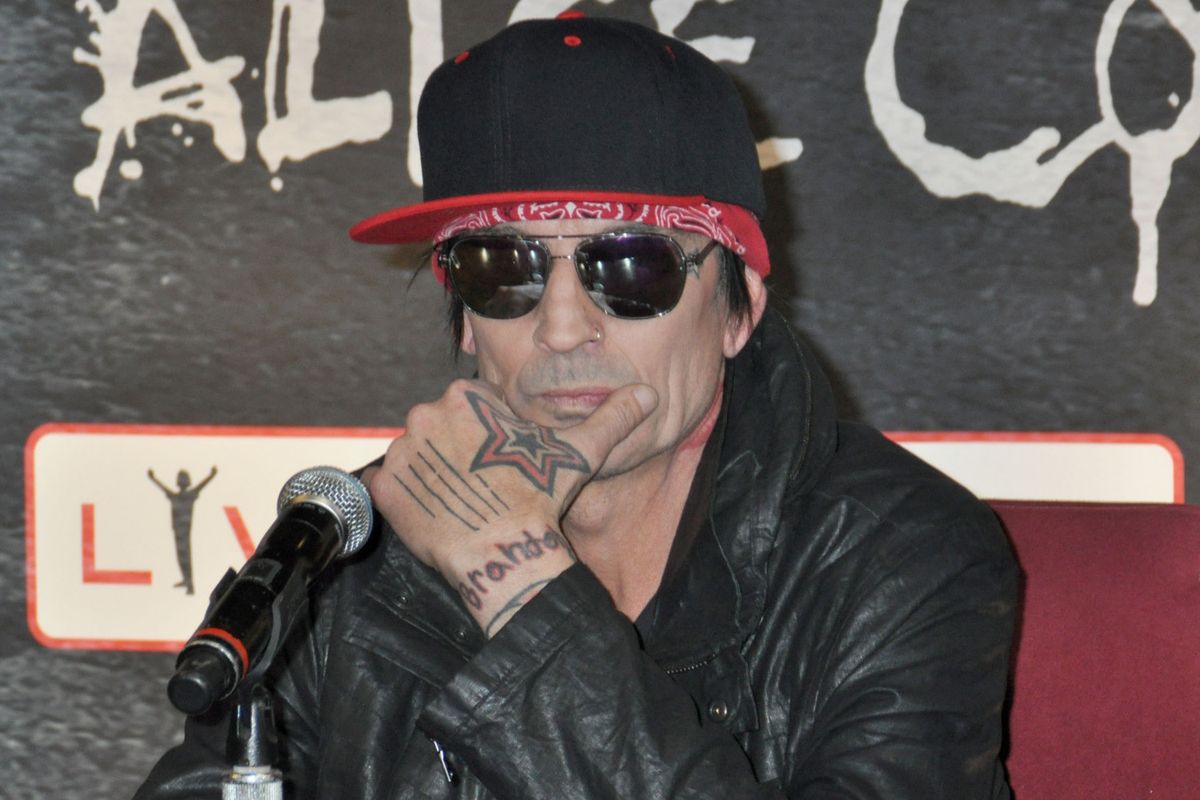 Watch Tommy Lee Get Stuck Upside Down On His Drum-Coaster

Mötley Crüe frontman/sticky torso Tommy Lee had a brush with the giant ash tray in the sky on New Year's Eve, while his band played its final show in Los Angeles.

Lee treated his devotees to his standard schtick of playing the drums while strapped into a revolving cart attached to a track above the stage.

Only this time, as the cart made its rotation on the second hump of the track, Tommy got stuck upside down.

In true Crüe fashion, Lee kept on drumming as his steaming blood rushed to his skull.

"I MEAN, REALLY?" He yelled, as stage hands scaled the track to help out of his seat.

Fortunately, the trash can gods were merciful, and Tommy was returned to the earth unscathed.