For five seasons now, Tommy Hilfiger has taken his #TommyNow shows on a worldwide tour, with stops including Los Angeles, London, and Milan. He's one of the small few designers who have stuck with the see-now-buy-now format, showing in-season collections with a shopping component immediately afterwards. Such was the case again for his Fall 2019 show, held in Harlem's Apollo Theater. After a few seasons under his belt collaborating with Gigi Hadid, he's once again teamed up with Zendaya after the due debuted their first collection together in Paris last season. Winnie Harlow, Alton Mason, Ashley Graham were all in tow to model the brand's latest wares. Here's everything else you need to know about the collection. 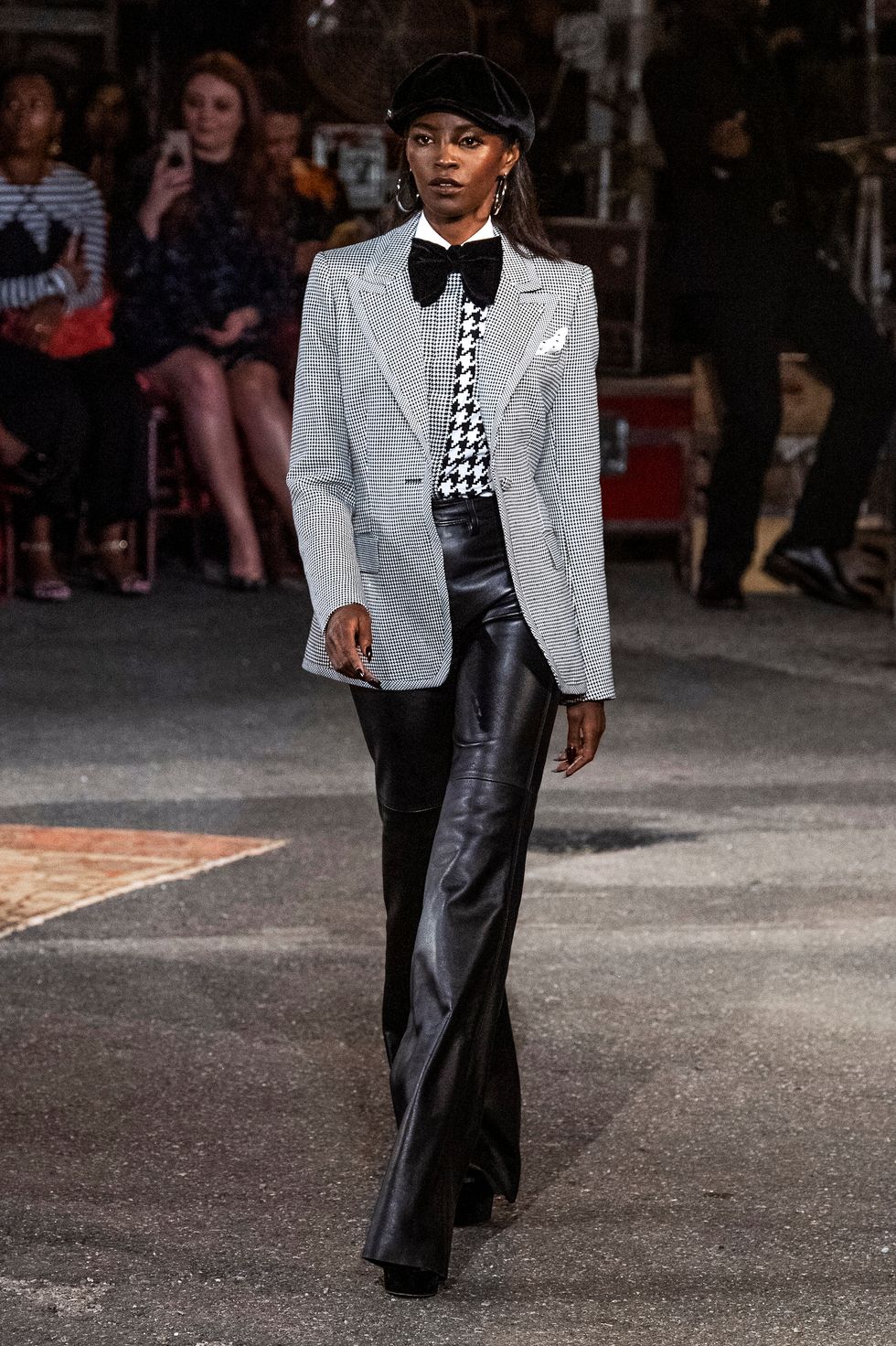 From flared trousers to jackets and vests, black leather was used in many looks, some head-to-toe even. One of the standouts included a black leather blazer worn over matching pants. 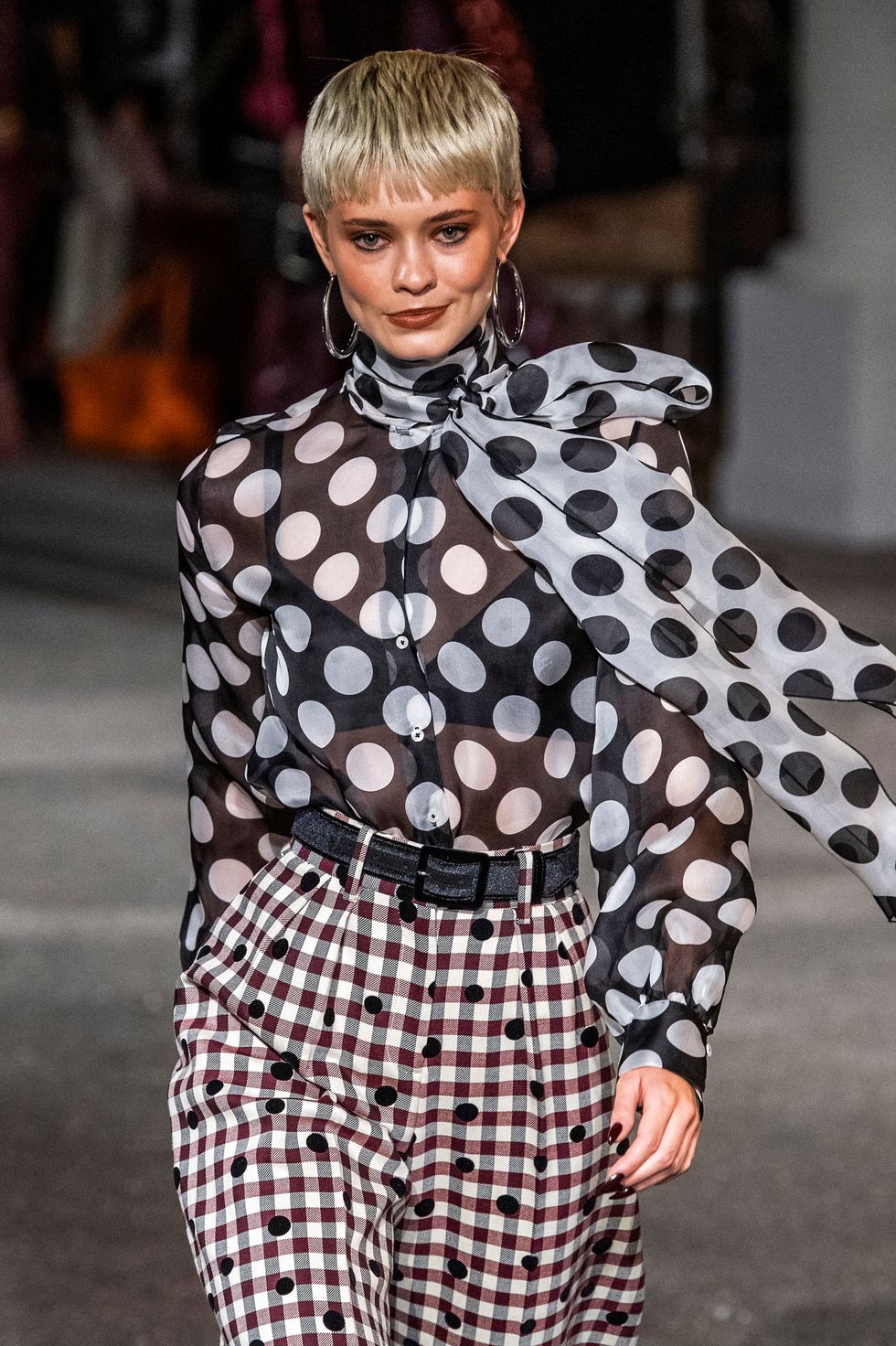 Busy patterns were mixed and matched together, including a coat with three different prints alone. Snakeskin, plaid, and leopard all clashed, but the scale and proportions made it work. 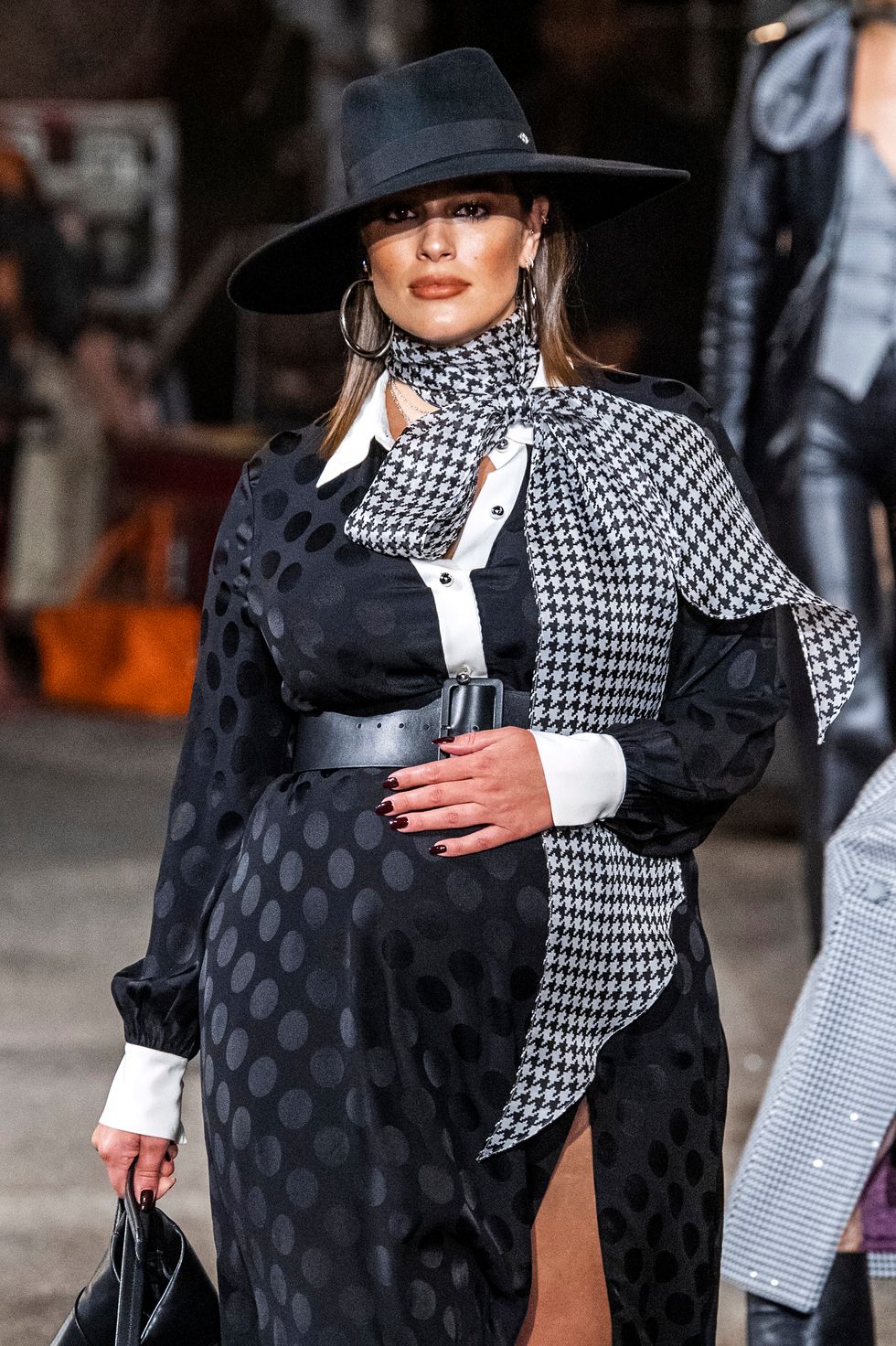 Zendaya wanted a '70s vibe this season, so Hilfiger incorporated scarf dressing across the board. Silk, lightweight scarves in various patterns added another layer to the Law Roach-styled collection. 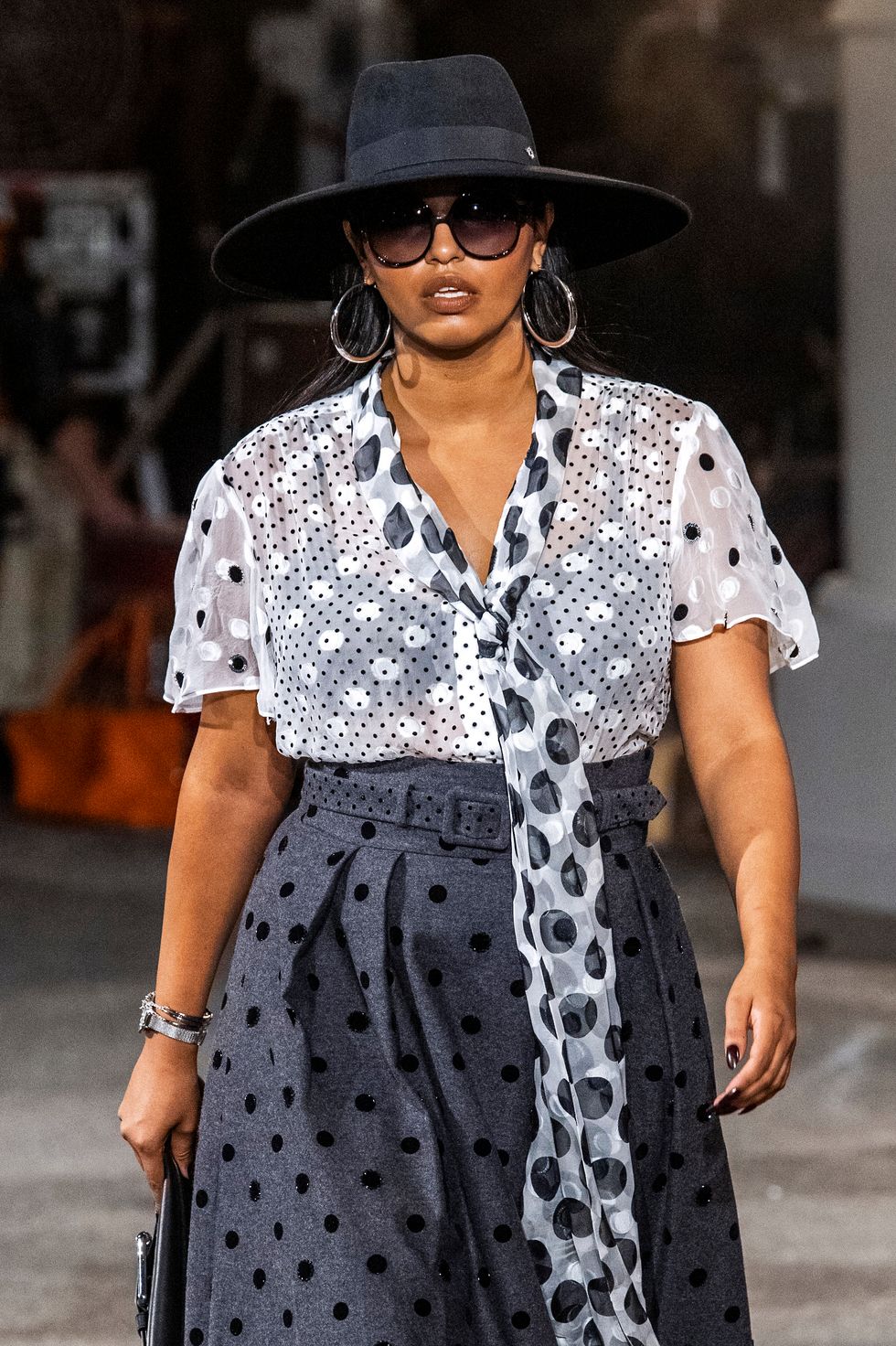 Polka dots were blown up and printed on scarves, blazers, blouses and skirts. They were played with and utilized in contrasting colors, part of the wider mix-and-match trend here. 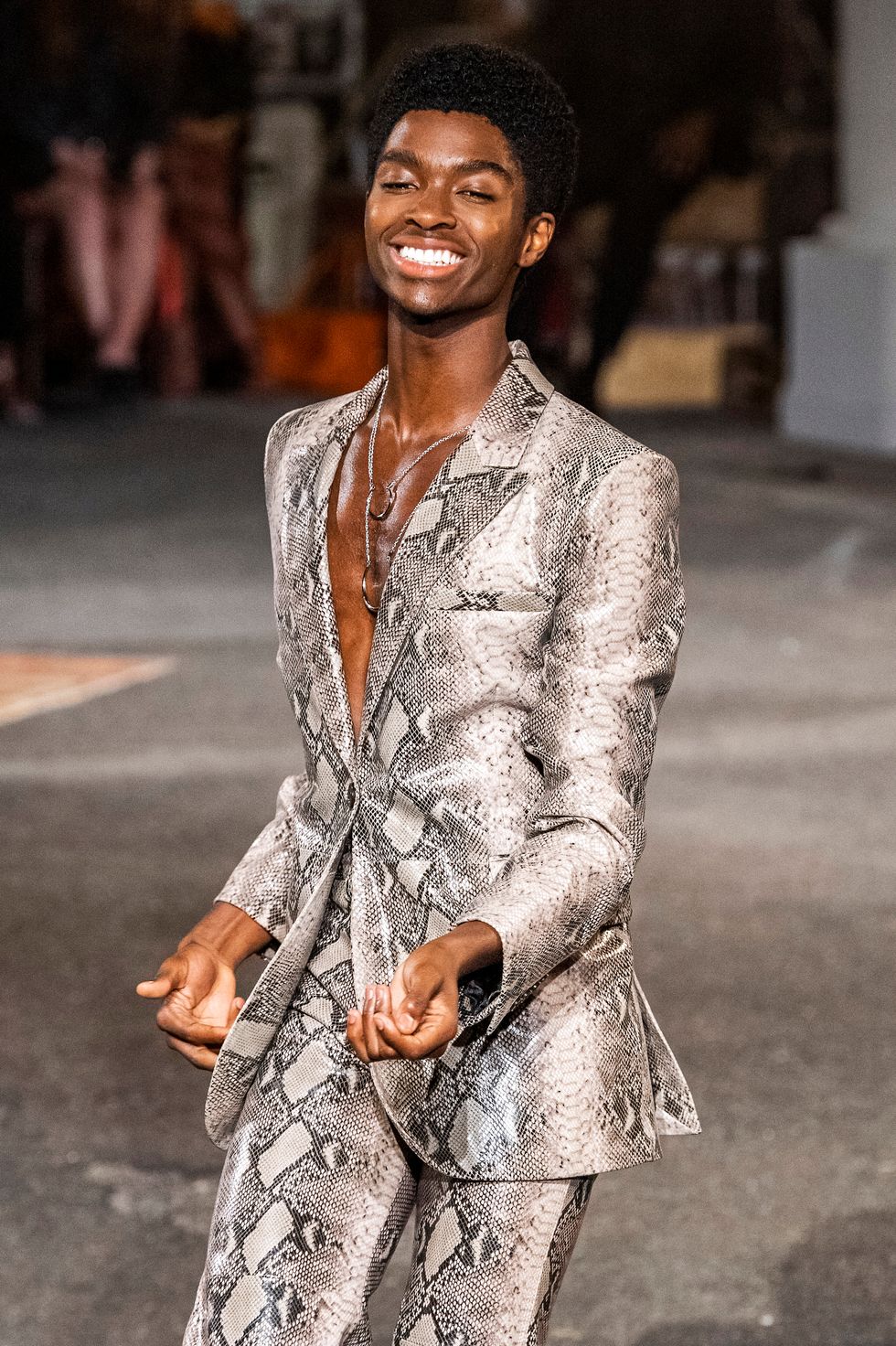 Another heavily used print was snakeskin, seen in pencil skirts and coat dresses. Alton Mason wore the trend as he danced around the set clearly feeling himself.