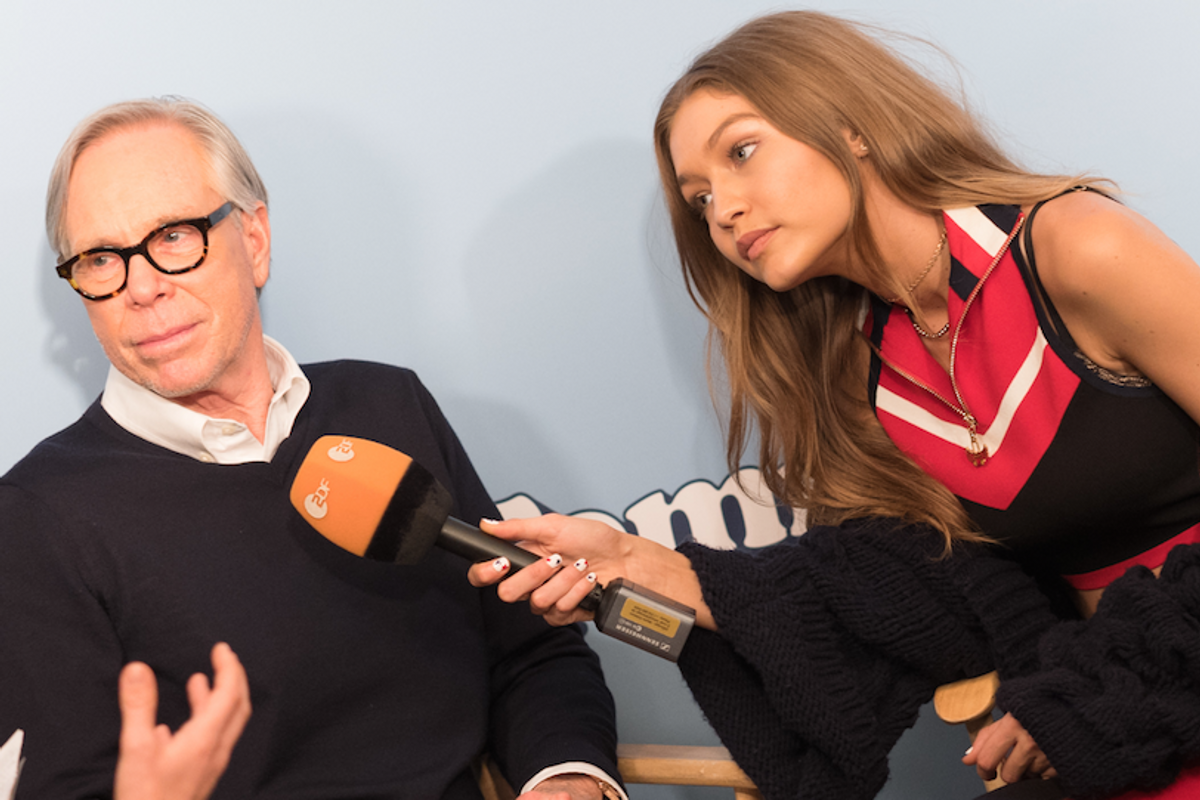 Tommy Hilfiger has commended Vogue Arabia's choice to feature his collaborator and half-Palestinian Gigi Hadid on their first-ever print issue, saying Gigi could help mend the relationship between the Middle East and the United States.

TMZ caught up with the designer on Saturday night who told them that the cover has the potential to "melt relations, increase the love between Middle East and America, Gigi's the conduit." Big calls.

Gigi posted the image on Instagram and also weighed in on the importance of being the first-ever model to feature:

"Being half-Palestinian, it means the world to me to be on the first ever cover(s) of @voguearabia, and I hope that this magazine will show another layer of the fashion industry's desire to continue to accept, celebrate, and incorporate all people & customs and make everyone feel like they have fashion images and moments they can relate to."

While it's certainly a big personal win for Gigi to appear on the first issue of a whole new Vogue region, it's doubtful that one model alone can be the "conduit" to repair the decades of severely damaged relations between the US and the Middle East.