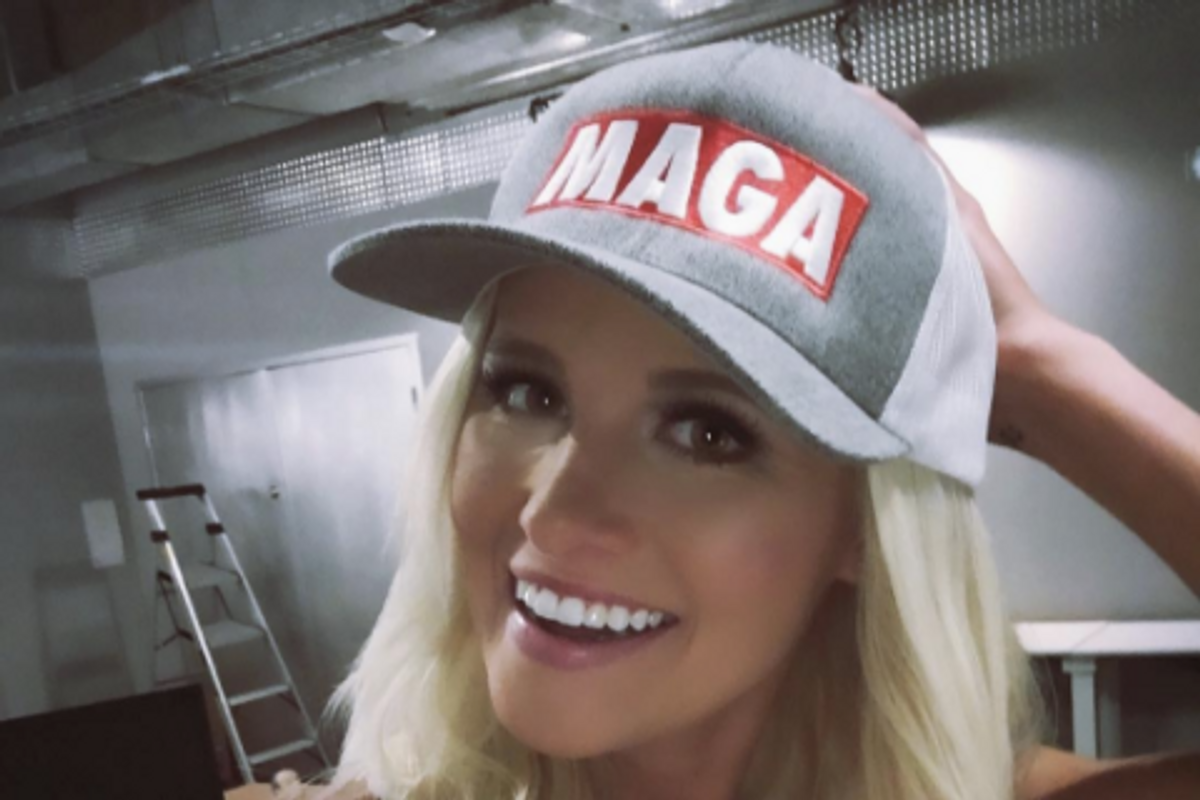 Tomi Lahren Says She's Pro-Choice, Gets Suspended From Her Show

Conservative pundit Tomi Lahren's show Tomi has reportedly been suspended by her network after she revealed on The View that she's pro-choice.

The show is suspended for at least a week, according to the Daily Caller, as the conservative Blaze network that hosts Lahren's show was reportedly not happy with her less-than conservative views on reproductive rights.

Lahren refused to apologize for her comments, saying that she was an "independent thinker" and taking to Twitter to defend her views:

Other reporters at The Blaze continued to criticize the 24-year-old for her stance, citing religious beliefs as the only real "truth" and comparing Lahren to Hillary Clinton (the horror).

There is no "my truth." There is only the truth. pic.twitter.com/dDdItnPDbp
— Kate Scanlon (@kgscanlon) March 18, 2017

Lahren first came to fame when videos of her verbally accosting Black Lives Matter protestors and referring to them as "the new KKK" went viral. She then made an appearance on The Daily Show, which led to some viewers criticizing Trevor Noah for normalizing Lahren's extreme views by providing her with a mainstream platform.

Since her suspension, Lahren has been busy battling Twitter haters and defending her right to have views that deviate from the conservative party line:

Thank you. Conservatives don't have to exist in a monolith and share the same brain on every issue. It's okay. https://t.co/YqzJNcaRar
— Tomi Lahren (@TomiLahren) March 19, 2017

Listen, I am not glorifying abortion. I don't personally advocate for it. I just don't think it's the government's place to dictate. https://t.co/qRjbAtJdo7
— Tomi Lahren (@TomiLahren) March 19, 2017

I have my beliefs and you have yours. Doesn't make you right. Never said y'all have to agree with me. Get over it. https://t.co/wResXuUNet
— Tomi Lahren (@TomiLahren) March 19, 2017

Glenn Beck himself played clips of Lahren appearing to flip flop on the abortion issue on his radio show. Lahren reminded us on Twitter, however, that "no one hunts small deer," which almost sounds like a rap lyric if you don't think about it too much.