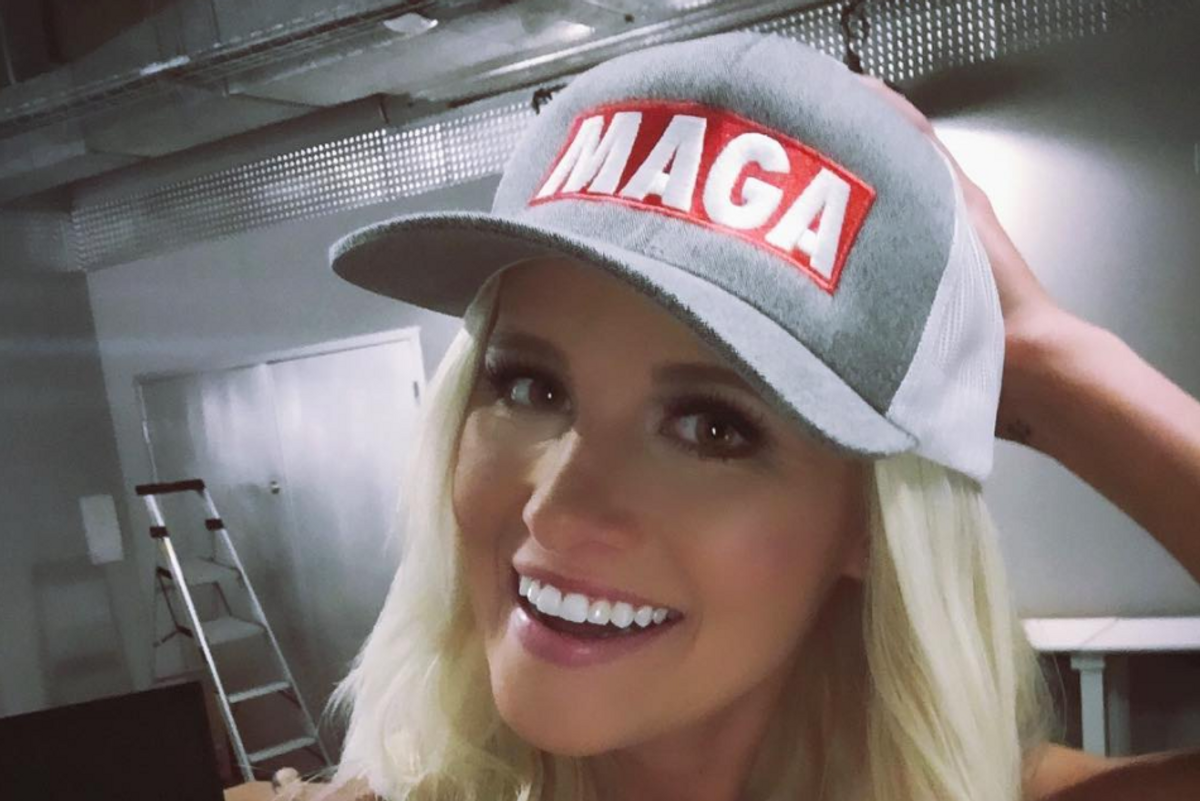 Conservative barbie doll and anti-millennial millennial mouthpiece for the GOP Tomi Lahren has today been banned from the outlet she once called home. The Blaze, the "news" platform from where she once yelled at young people for being "special snowflakes" and told Colin Kaepernick to "stop whining" in the country of free speech, told Tamale Lentils to shove it after she came clean about her pro-choice politics onThe View. Reports say she has been "banned permanently" from the Blaze.

Many are counting this as a double win after the ill-fated Trumpcare bill both languished in the House of Representatives and almost made Paul Ryan cry on national television. 2017 may indeed be saved.

Here's what THE PEOPLE had to say about the demise of Tonal Larynx's career:

News: Tomi Lahren has been permanently banned from the Blaze

3/26/17. Miles away in a Dallas apartment, Tomi Lahren whispers to herself, "here are my final thoughts." Her brand withers.

Tomi Lahren will vanish for 3 months and reappear as "Woke Tomi" because she's a grifter of the highest order
— Juggalocialism (@UweBollocks) March 26, 2017