Tom Sachs Takes Us to Mars

Maybe it's not on another planet, but New York artist Tom Sachs is still exploring a vast space. His gigantic, participatory playground, "Space Program: Mars," lands in the Park Avenue Armory's 55,000 square-foot drill hall tomorrow, May 16th, and will be open to the public until June 17th.Sachs and his thirteen-person launch crew worked three years in a downtown studio (which we visited in our November 2011 art issue) constructing this faux mission control and red planet out of things you'd likely find in a hardware store or a dumpster. With support from the New York arts organization, Creative Time, as well as the Armory, they've built  "bricolage" versions of everything from a hot nut machine -- to make astronaut snack food, of course -- to a functioning Mars rover and landing vehicle. There's even a gift shop were you can pick up a cool Nike t-shirt that says "It Won't Fail Because of Me." Why? Sachs explains: "This space program is about life on earth and how we interact with our natural resources.  How we take from another culture and also what we give." He's also trying to make this process more transparent and "not painted-over or complete like something made by Sony or Apple.  We are sharing our imperfections."  You'll need to buy a $12 ticket to make the voyage and it's definitely worth it.  Take your kids, too. Photos and video below. 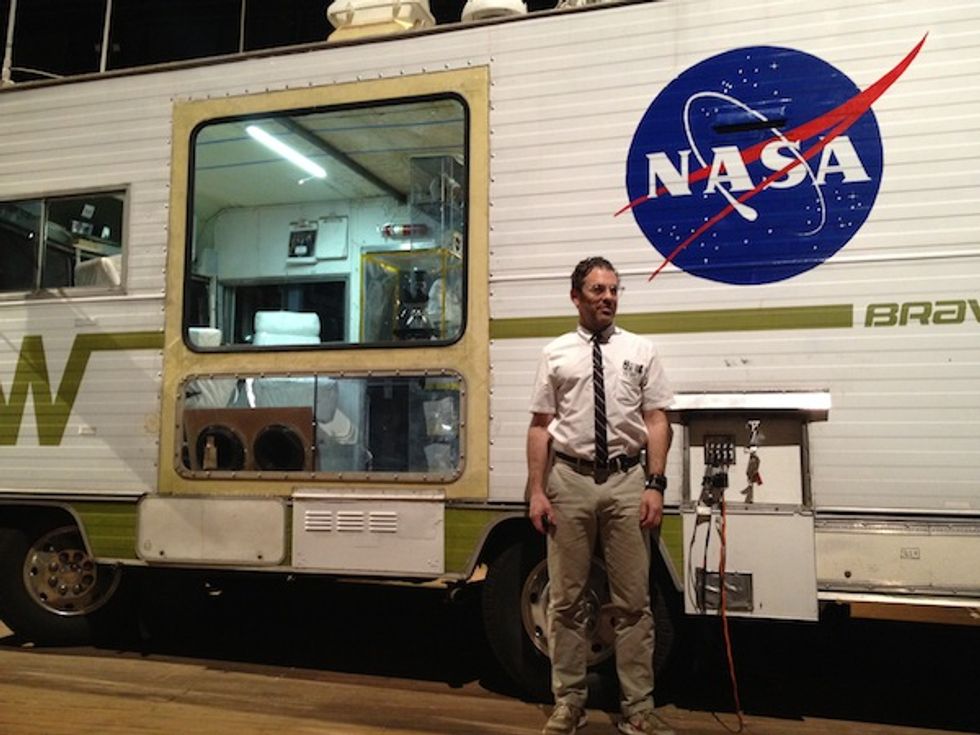 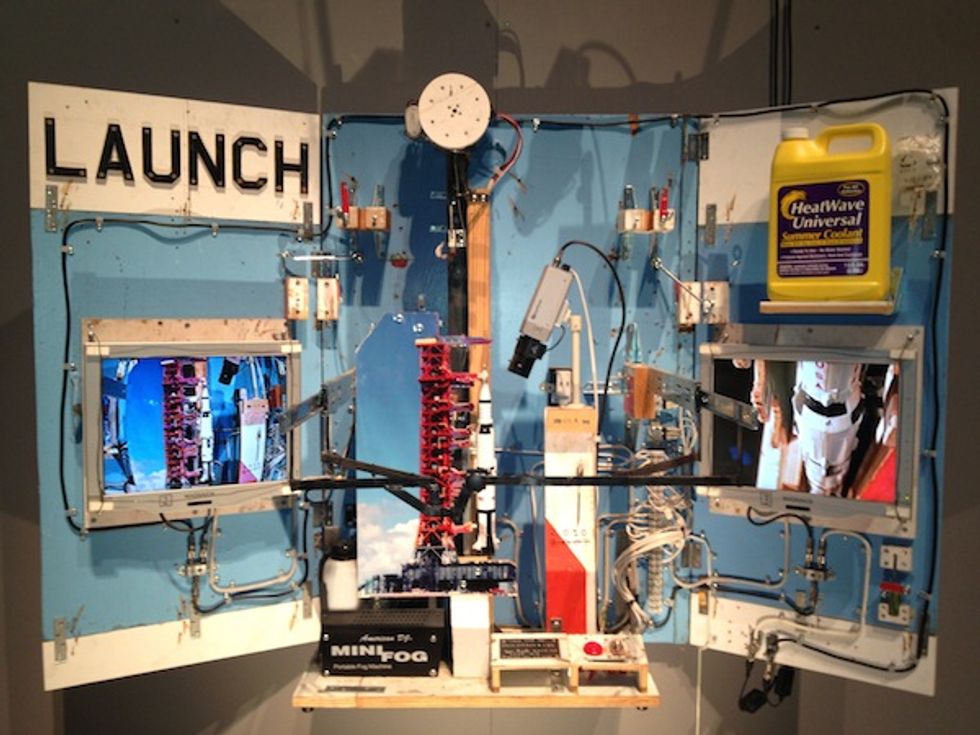 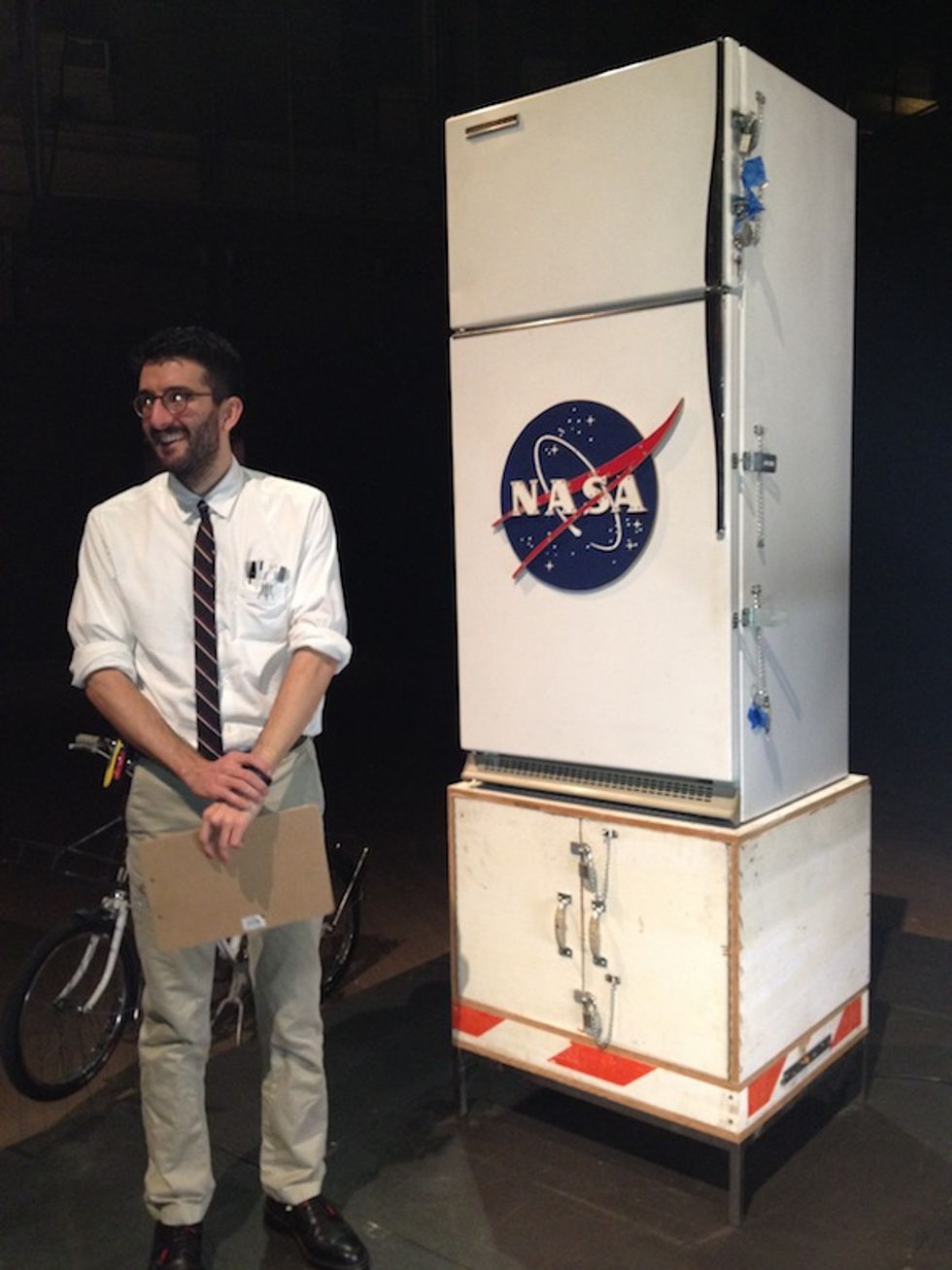 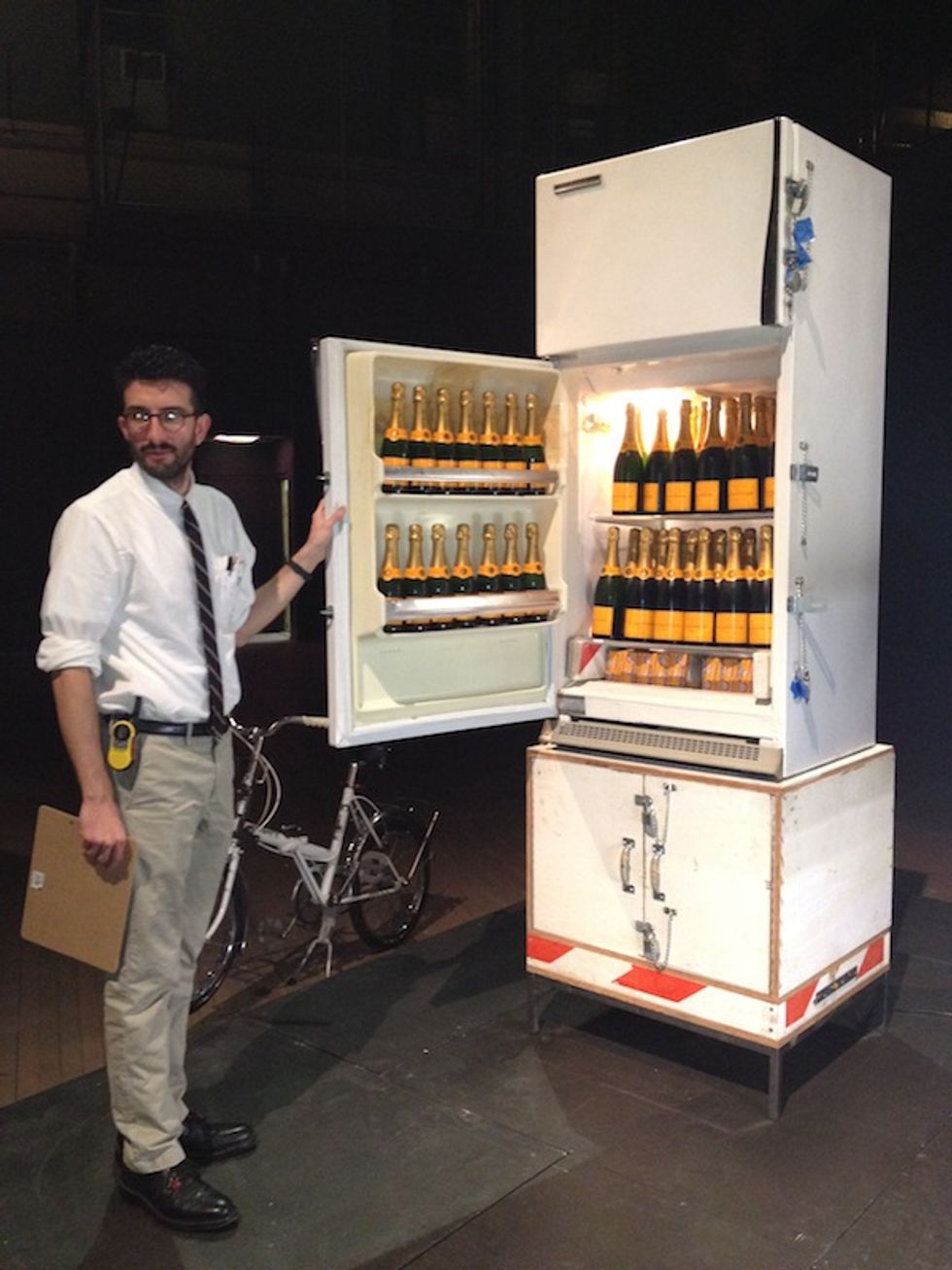 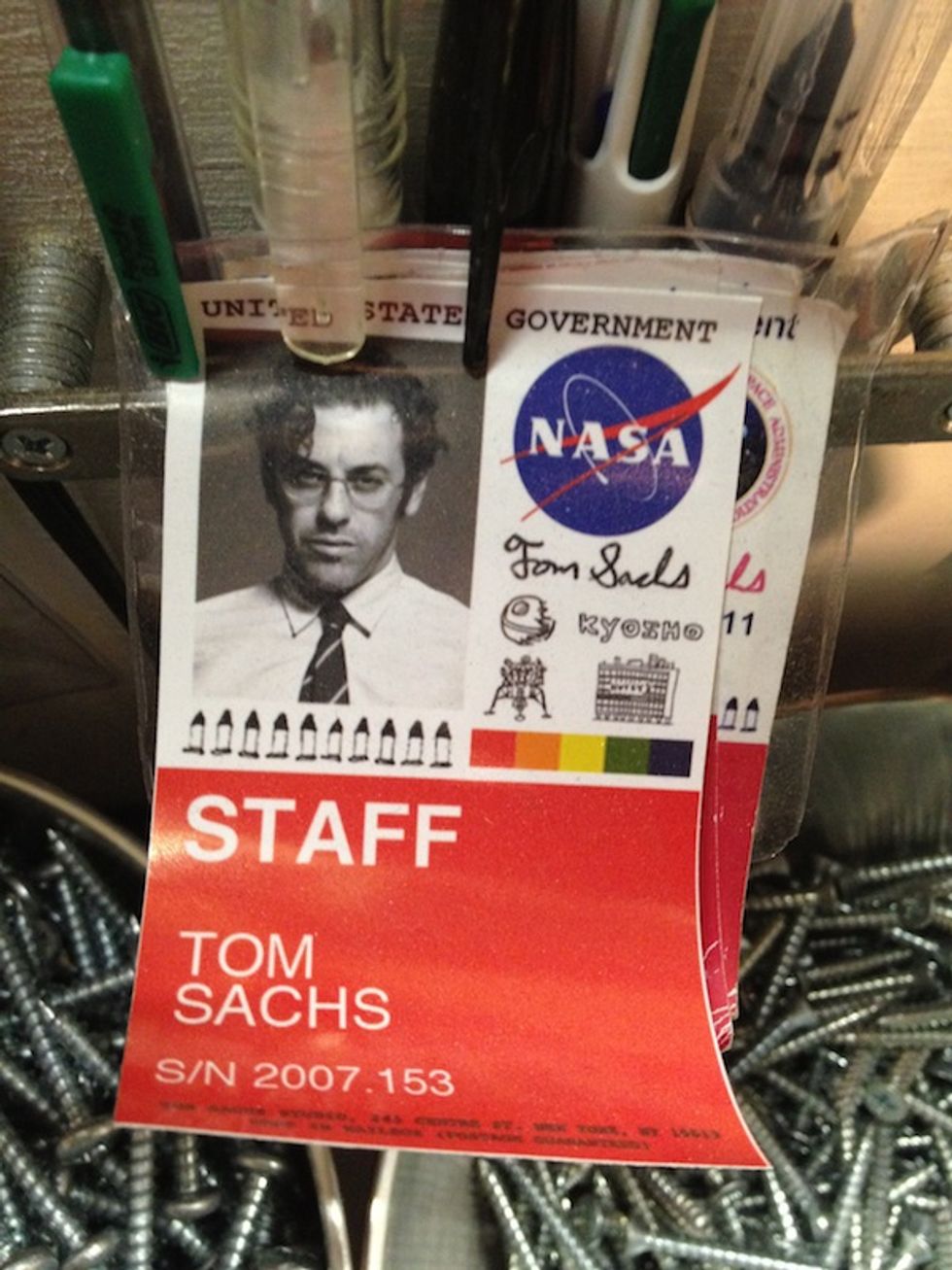 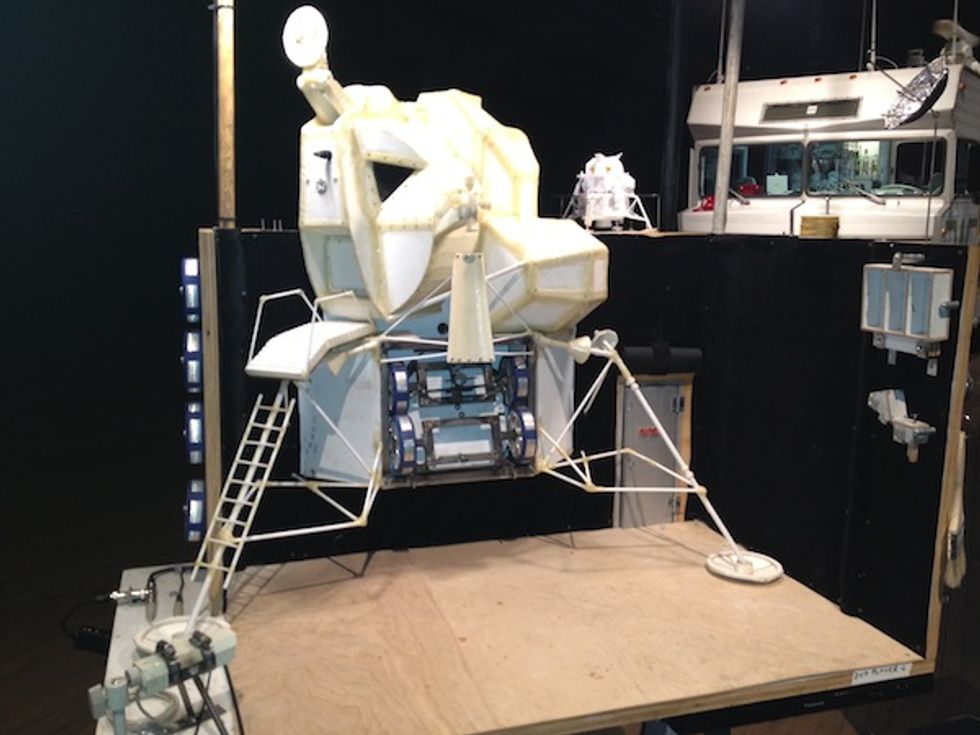 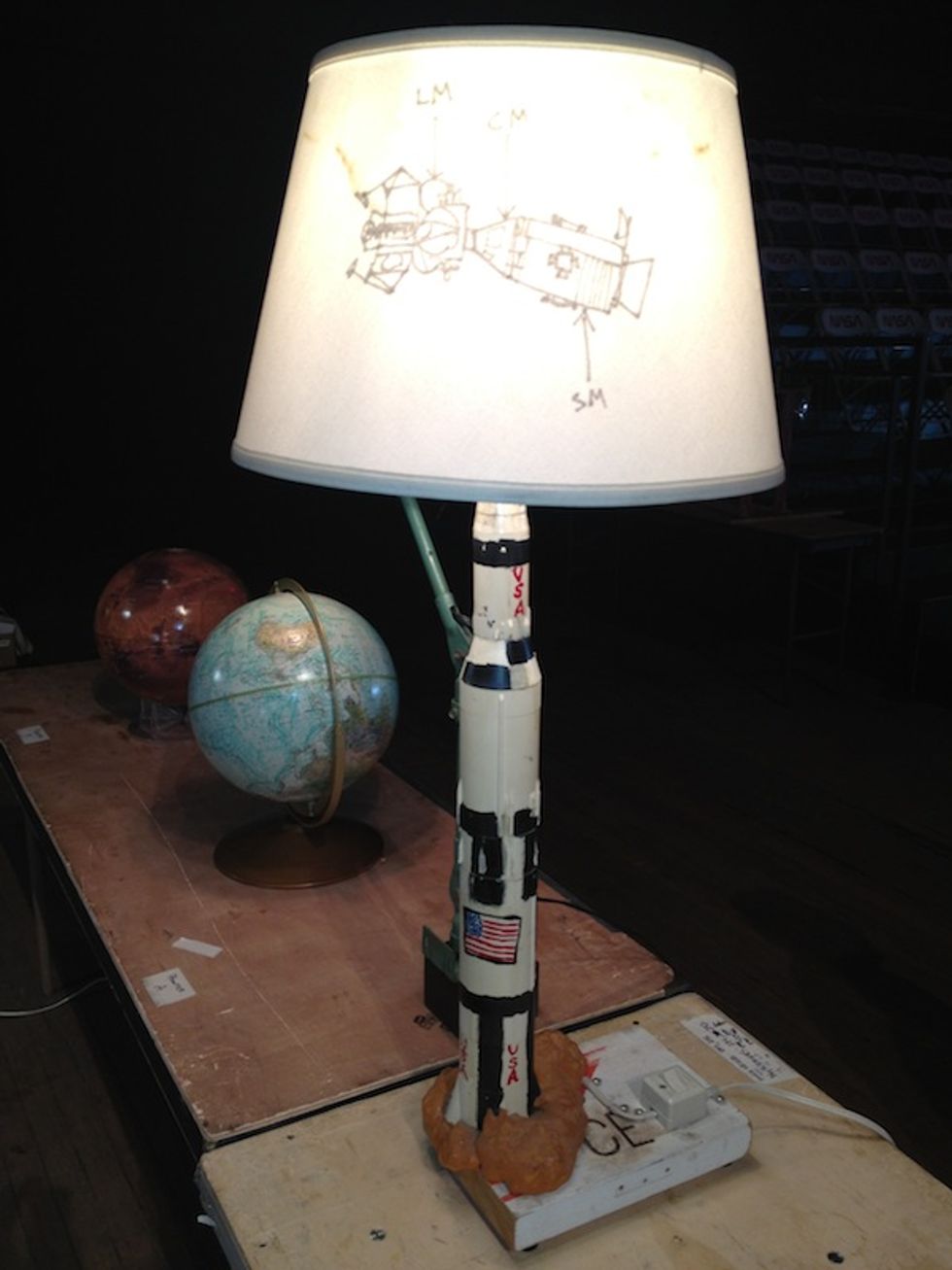 Below: Playing around with mission control. Video by DB Burkeman:


(You can see more items from Sachs' collaboration with Nike in our May issue's Booty Call.)