Tom, Katie and Suri Are Broadway-Bound! 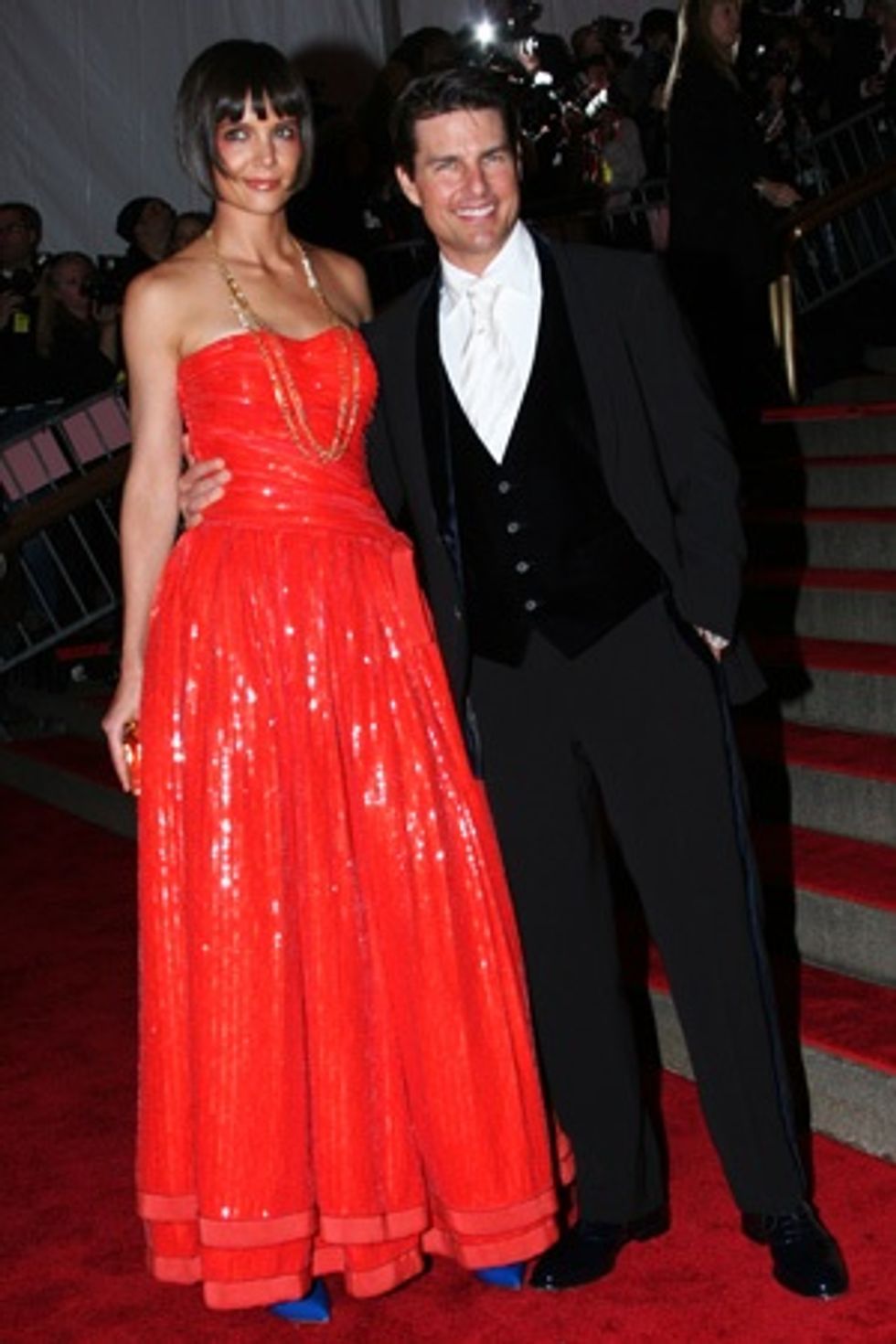 Everyone's favorite Scientology crusaders, Tom and Katie, will be coming to New York this fall when Katie Holmes tries to resurrect her career by making her Broadway debut in Arthur Miller's All My Sons. Her co-stars will be Broadway vets Dianne Wiest, Patrick Wilson and John Lithgow. Katie, Tom and Suri were just here for the MET Costume Institute Gala and I heard they also visited Serendipity where Tom suddenly tapped his glass with his fork and announced that he now wanted to kiss his wife and he and Katie engaged in a made-for-the-screen makeout. I wonder if Crazy will let his wife sign some Playbills after the show or if he'll simply whisk her away in the spaceship after the curtain each night.

I have to say as a fellow Ohioan I'm rooting for Katie -- I'd love to see her make a career comeback, and I hope she doesn't experience the same critical wrath her Hollywood colleagues like Julia Roberts, Ashley Judd, Nicole Kidman and Julianne Moore felt in their Broadway experiences. Here's a pic of Katie and Tom at the MET Costume Institute Gala taken by Caroline Torem Craig.