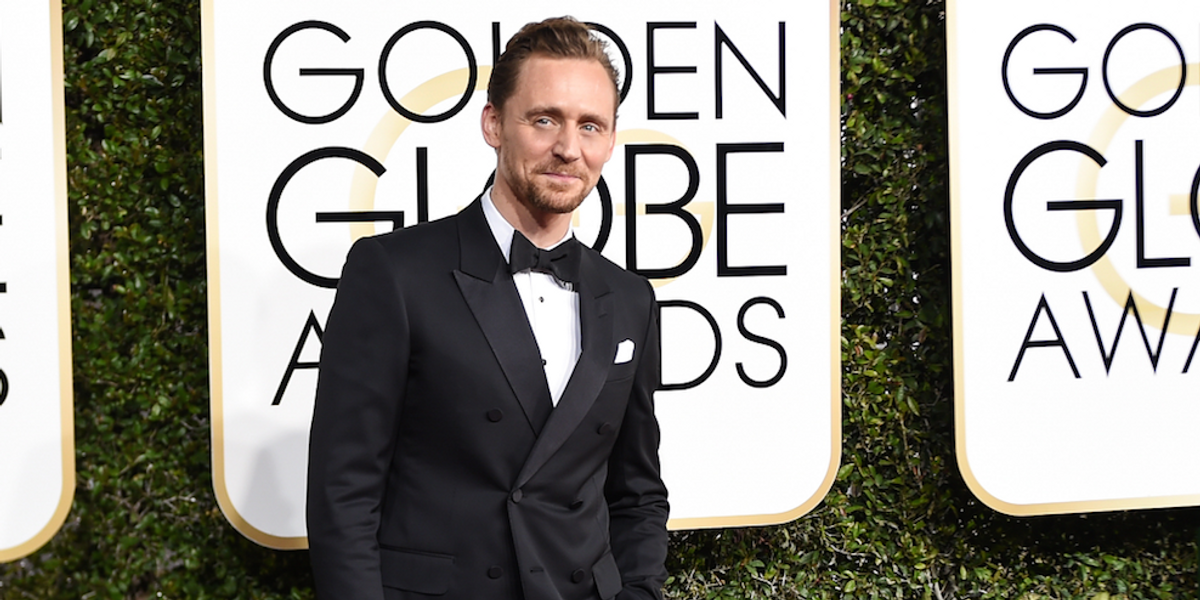 The good people at GQ, who brought you the stories behind Justin Bieber's monkey and Kim Kardashian's snake, have delivered another blessing: Tom Hiddleston's tank top.

Ever since Taylor Swift plucked him up and popped him on the rocks as a beau, Tom has had a whole lot of kerfuffles with public opinion. Most memorably, he was photographed wearing an 'I <3 T.S' tank top. What the reason for that could possibly be, we never knew. Until now.

Before we jump into all that, I feel it's important to readdress the fact that Taylor Swift had tank tops with her initials made up for her friends. This was mostly overlooked, probably because #Hiddleswift had been happening for a hot two weeks. Sure, Tom wearing the tank was weird, but Hiddleston should never have shouldered all the blame.

But it's important to clarify that no excuse or fan-concocted theory for the sartorial display of public affection could possibly compete with Tom's explanation behind the tank as told to GQ's Taffy Brodesser-Akner.

"The truth is, it was the Fourth of July and a public holiday and we were playing a game and I slipped and hurt my back. And I wanted to protect the graze from the sun and said, 'Does anyone have a T-shirt?' And one of her friends said, 'I've got this.' " The friend pulled out the "I ♥ T.S." tank top that Taylor's friends are contractually obligated to own. "And we all laughed about it. It was a joke."

Right. But. When has keeping a graze out of the sun ever sped up the healing process? Why did the tank look it was a standard men's M/L, rather than for one of Swift's size 0 cohort? So many questions still remain, but, as Tom repeats to Brodesser-Akner "it was joke."

Re: Hiddleswift as a whole, which lasted a cool three months, Tom asserts, "Of course it was real."

The whole profile, which is really very excellent, seems like a vehicle to address Hiddleston's relationship with Taylor Swift, but not once does it feel like Brodesser-Akner is doing the driving. Tom is looking to regain his credibility by talking about the relationship he thinks took it away.

What we take away most Brodesser-Akner's time spent with Tom, is that he's exactly the guy you thought he was. Desperately over-compensating for some unknown insecurity, Tom is the type of dude that would corner you at a party to talk about "ideas.". Bright, yes. Talented, certainly. But forever trying too hard.

Head over to GQ to read the full piece.