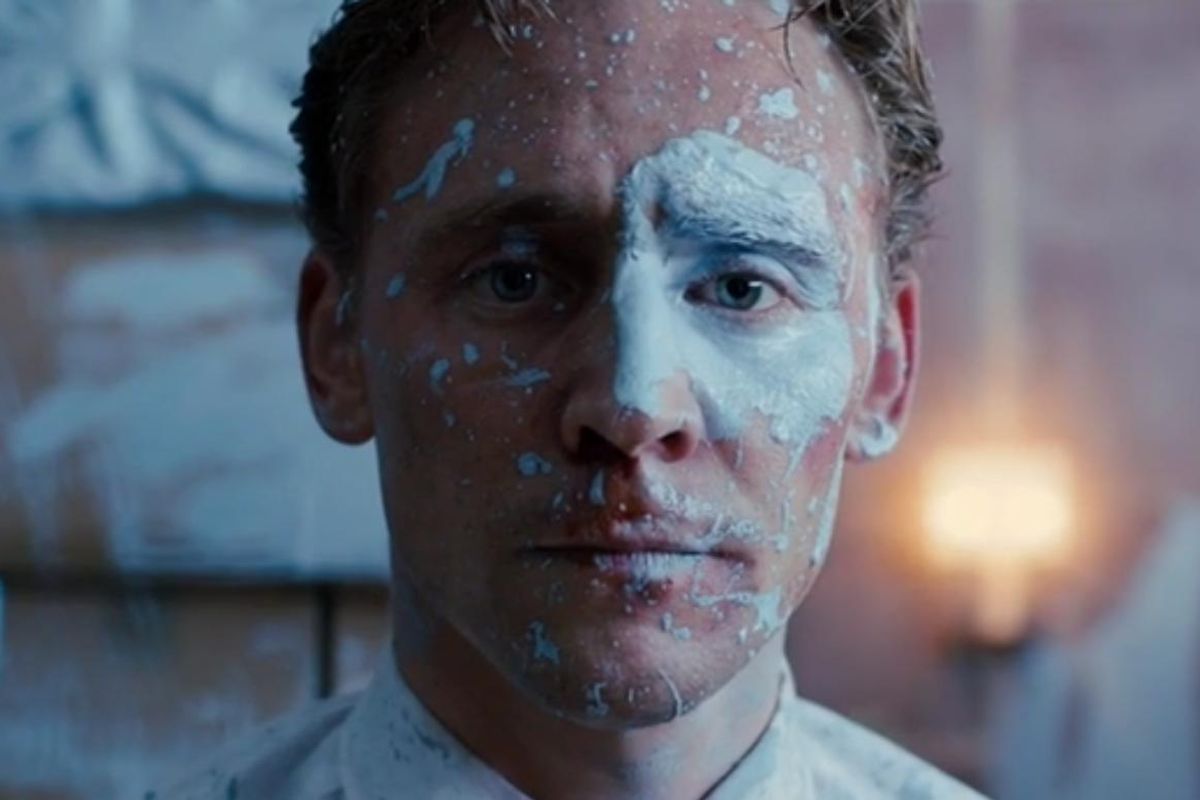 HIGH-RISE, the upcoming thriller starring Tom Hiddleston, has a new trailer out that defines exactly what a trailer should be.

The movie, which also stars Elisabeth Moss, Sienna Miller, and Jeremy Irons, is based on the 1975 novel by J.G. Ballard, which explores a violent social uprising that occurs at a massive high-rise building, where the wealthy live in a secluded, heavily monitored 'utopia' at the top, while the poor struggle at the bottom.

Without revealing too much, the trailer begins with a placid, almost infomercial string of clips (as Tangerine Dream's classic 'Love On A Real Train' from Risky Business plays) following Hiddleston's character 'Laing,' as he enjoys the cushy (and naked!), yet very much controlled amenities of his wealth has afforded him.

"One thing was certain," the voice over tells us, "Laing would surrender to a logic more powerful than reason."

Then, following a building-wide blackout...

...the teaser descends into a nightmarish smattering of surreal carnage and insanity.


It's brief, chilling, and leaves you actually needing to see it, unlike 98.87% of movie trailers today.