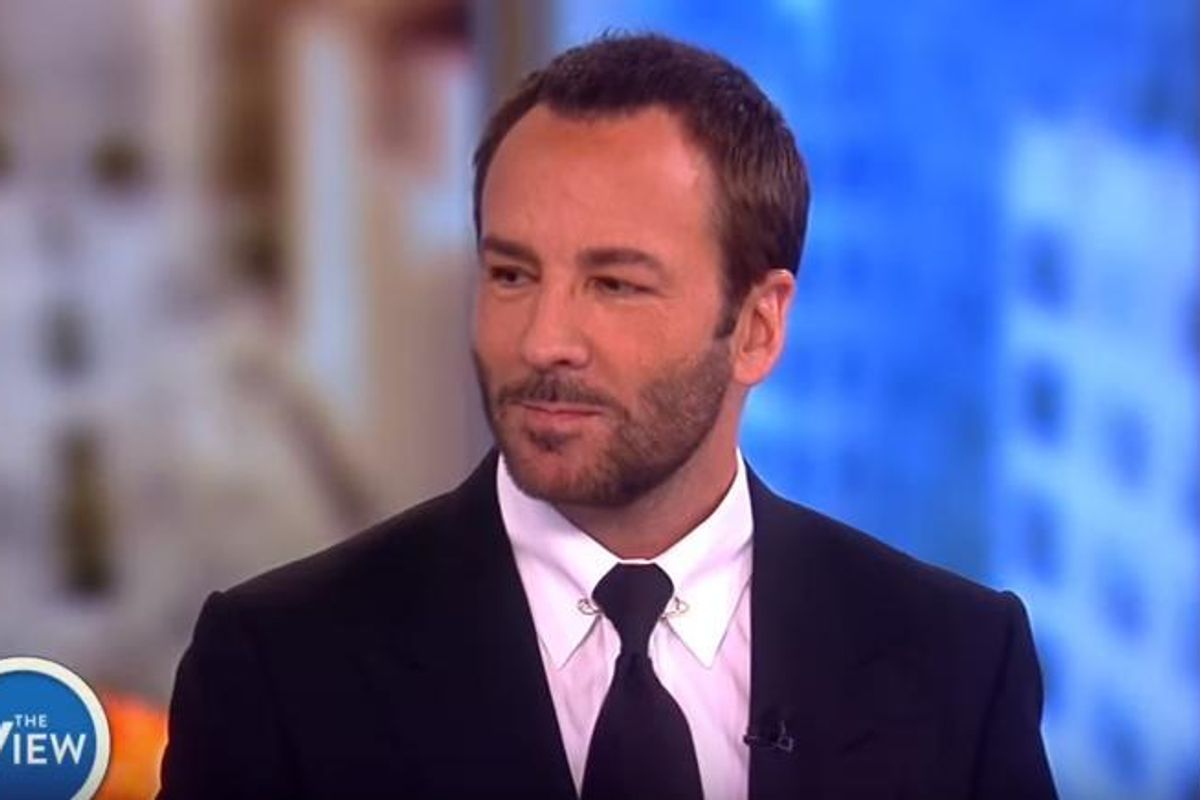 Tom Ford Wasn't Dressing Melania Trump Before It Was Cool

While appearing onThe View this morning to promote his new movie Nocturnal Animals, designer/renaissance man Tom Ford was asked about fashion's current divide in styling future First Lady Melania Trump. Many are going the way of Sophie Theallet, who penned an open letter calling on a boycott of dressing Melania, in response to her husband's bigotry, misogyny, and budding tyranny.

Mr. Ford, apparently, wasn't on board with the third Mrs. Trump way before she was (not in) the White House.

"I was asked dress her years ago, and I declined," he said in his very Tom Ford way of saying human words.

When asked why, he was fairly candid: "She's not necessarily my image."

Ford went on to add that although he is "a Democrat, and voted for Hillary Clinton, and am very sad she's not in office," he wouldn't have even dressed Hillary had she won, because his "clothes are too expensive;" he suggested that the First Lady should wear clothes that people can afford "in order to relate to everybody."

After host Joy Behar pointed out that Mr. Ford did dress First Lady Michelle Obama, when she went to meet the Queen at Buckingham Palace, he replied, "I thought that was appropriate and I was honored."

Also, let's not even allude to the notion that Melania is in Michelle Obama's league, in any dimension/universe.