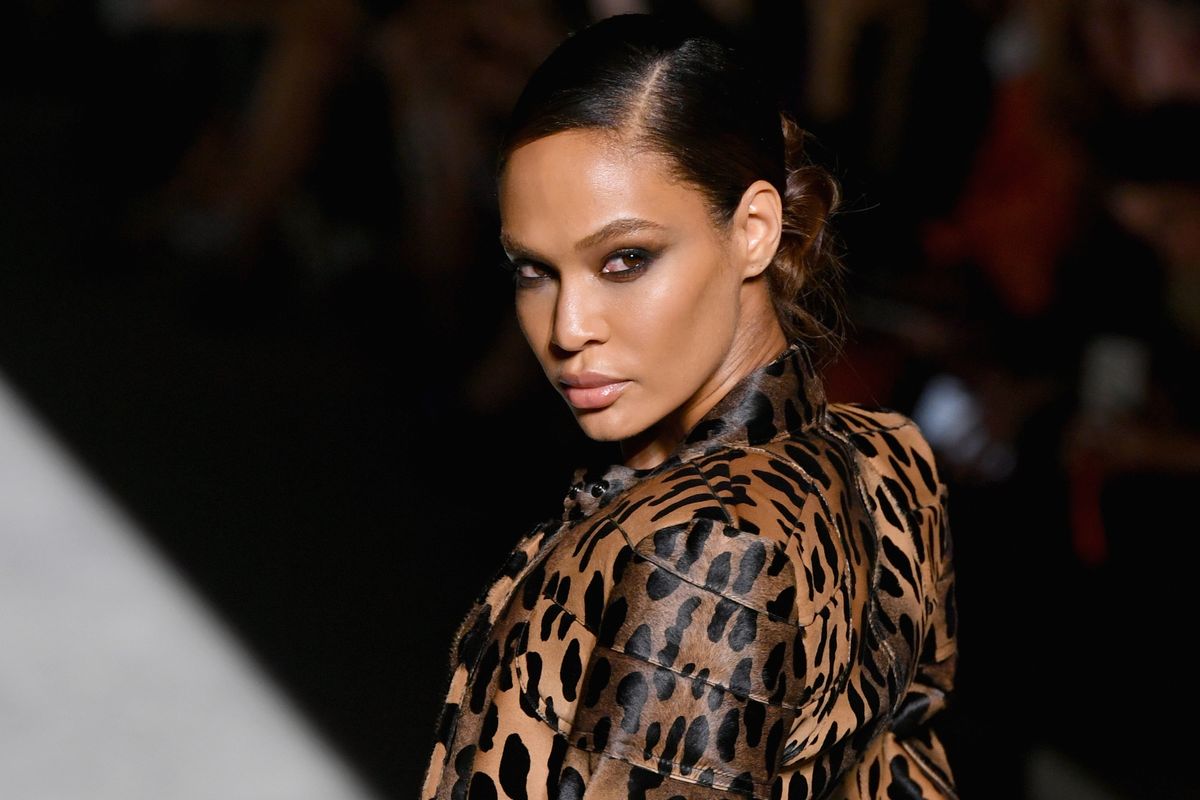 Tom Ford presented his spring 2019 collection at the Park Avenue Armory — his venue of choice since returning to New York show circuit last year. With remixed tuxedo-style ensembles, gowns made of draped fringe, and body-skimming skirts with handkerchief hemlines, Ford's rich black, white, silver, and taupe collection is an ode to suave evening dressing. The designer's signatures including leopard print and crocodile took on new forms as stylized corsets and bustiers.

Topped with blush pink, black, and beige headscarves and finished with Mary Jane pumps in champagne, baby blue, and mauve, Ford's sumptuous opening looks toggle between a joy ride in a convertible and a cocktail party.

Lady Gaga's cover of the 1978 disco hit "I Want Your Love" by Nile Rodgers & Chic played during the show. The pop star originally recorded the song for a music video directed by Nick Knight in which Tom Ford unveiled his spring 2016 collection. The upbeat track was bookended by David Bowie's posthumous single "I Can't Give Everything Away" and "Two Men In Love" by The Irrepressibles.

Gigi Hadid closed the show in a sensual black, v-neck evening gown. With the flick of a wrist, the 23-year-old made the dress's billowy cape ripple majestically at the edge of the runway.