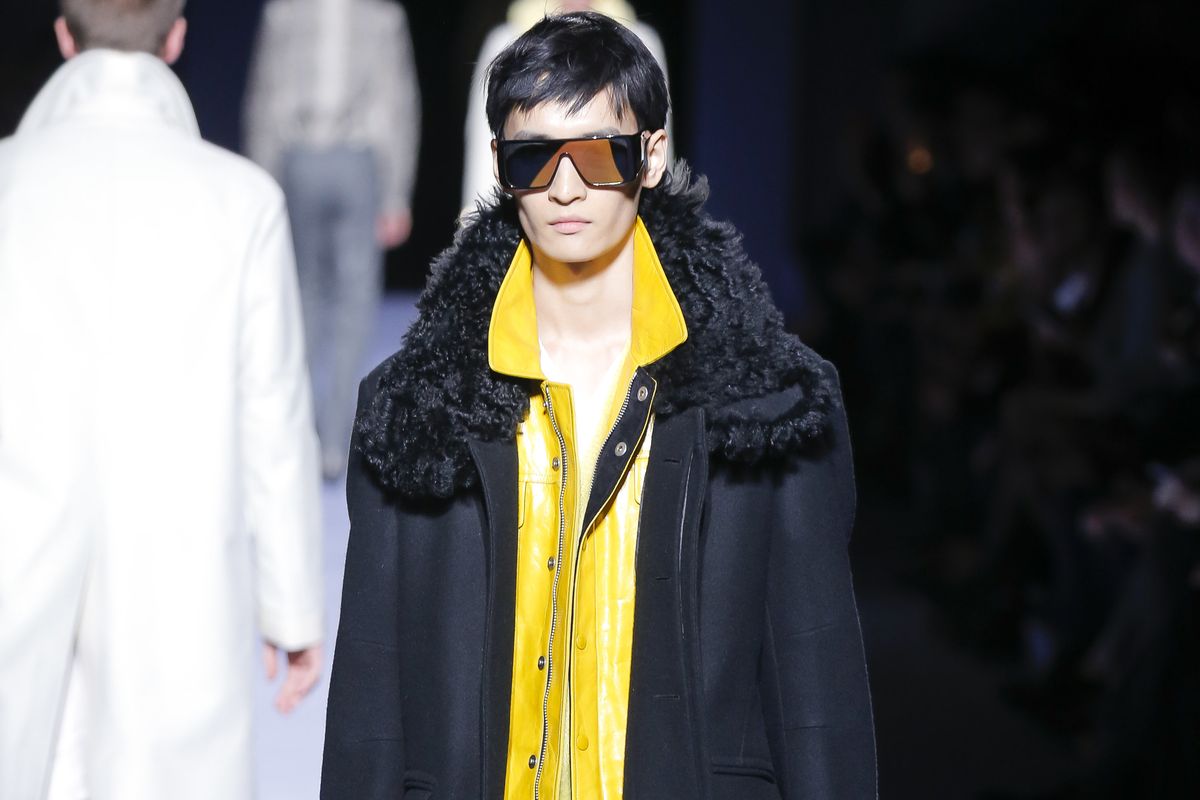 It's hard to pinpoint exactly what has moved household-name designers like Tom Ford to ditch furs. In his new Fall '18 menswear collection, which debuted last night during New York Fashion Week, there was a notable absence of the controversial material. Yesterday, in a report by WWD, the designer hinted at using faux fur instead in future collections, deciding to phase it out by limiting his current fur usage to food byproduct animal skins.

Ford told the publication that his vegan diet was the starting point for this choice, having focused on plant-based nutrition for about a year. And being attacked by a lady carrying tomato juice in her purse. All that, and interestingly enough, Netflix documentary What The Health — which grossed some of us out to no end — was also an inspiration.

"The fur thing — of course, is a natural thing," Ford said. "Going vegan starts to make you question that. I have starting using much more fake fur."

This decision puts him in line with Gucci, Calvin Klein and Ralph Lauren, to name a few brands who have recently come out with fur-free stances. Each brand has different reasons to ban fur, but most commonly, their recent moves echo the sentiments of animal-rights activists, who believe the cruel mistreatment and slaughter of animals for luxury fashion statements is not only unconscionable, but unsustainable. That, or maybe all the designers had a viewing party where they sat and watched "What's The Health" together?

Anyway, during last night's reveal of Ford's fall menswear line, his trademark glamorous and queer approach to sex appeal was on full display: a la form-fitted suits, snakeskin pants, shiny cuban heels and decidedly feminine fabrics, including but not limited to satin, brocade, and lamé.

Oh, and then there are all the thirst-trap shiny statement undies. That was new, too, and very much welcome.

Ford's womenswear line shows this week in New York, too. That, in combination with what we've seen so far this season, will be the real test of Ford's newest and most admirable fur-free commitment.