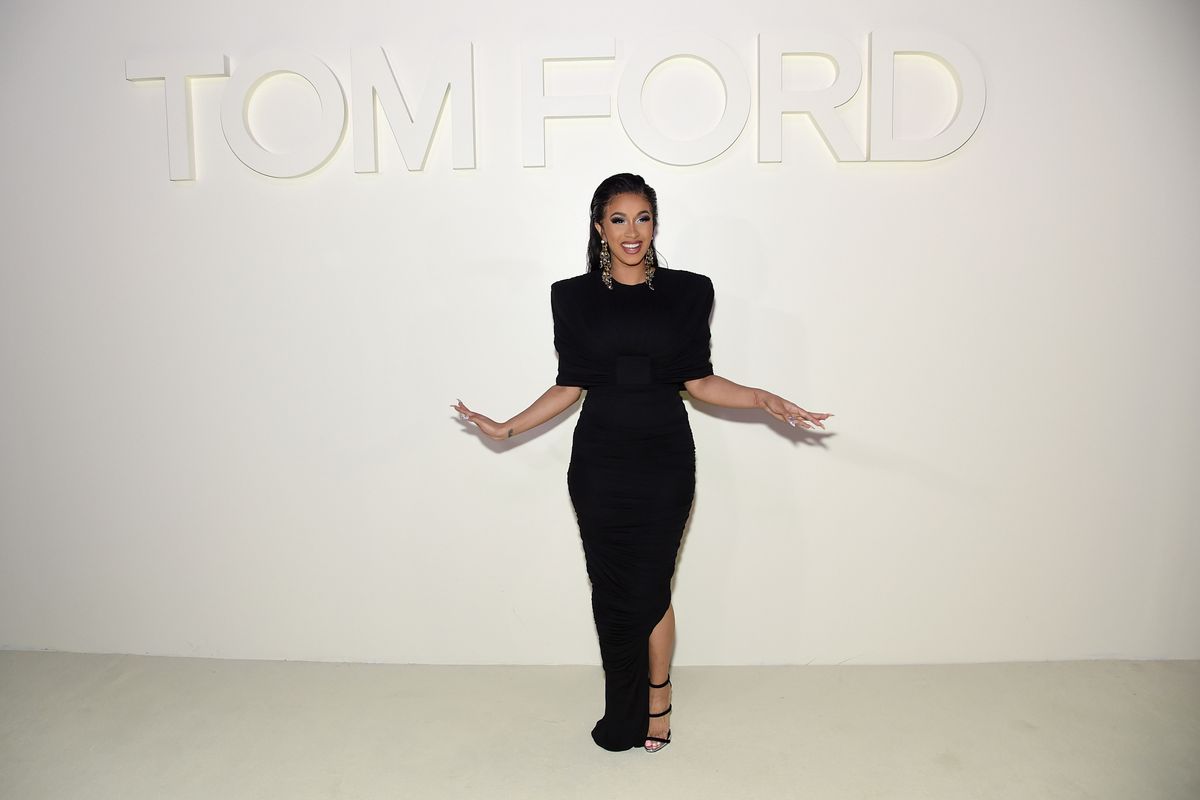 Tom Ford's latest namesake lipstick has been created in honor of Cardi B –– and no, it's not Louboutin red. Released as part of the designer's newly unveiled Boys and Girls collection, the glittery cobalt blue shade predictably sold out within hours of release last night, despite controversy in the comments section regarding the rapper's recent Fashion Week altercation with Nicki Minaj.

Tom Ford has a penchant for naming lip colors after beautiful people, and this collection of brightly hued handbag-sized minis is no different. Kaia Gerber, Kendrick Lamar, Armie Hammer, and rising star model Imari Karanja are just some of the Ford-approved celebrities represented.

But when Ford announced Cardi's shade on Instagram, trolling commenters were quick to question the choice. "So great to know Tom Ford rewards violence. I don't care who was in the wrong, Cardi B tried to physically assault another woman and she shouldn't be rewarded for exhibiting violent, ILLEGAL and frankly unacceptable behaviour," wrote one angry fan. "Cardi is human and humans make mistakes. Nicki provoked her and she took the bait," said another. Most people clearly took the latter view, with the rapper forced to post an apology for the near-instant sell out on her own account:

Meanwhile, the Cardi-Nicki drama continues: while Minaj still hasn't publicly commented on what occurred at the NYFW Harper's Bazaar Icons party, she has been liking various tweets that take her side. Including a claim from account @NickiDaily that Cardi's story about Nicki attacking her parenting skills was #FakeNews. There's a new episode of Nicki Minaj's podcast Queen Radio out today, and it seems unlikely the feud will go unmentioned.

But back to lipstick! Cardi remains sold out, but other celebrity-inspired shades are still available at Tom Ford Beauty for $36 each.