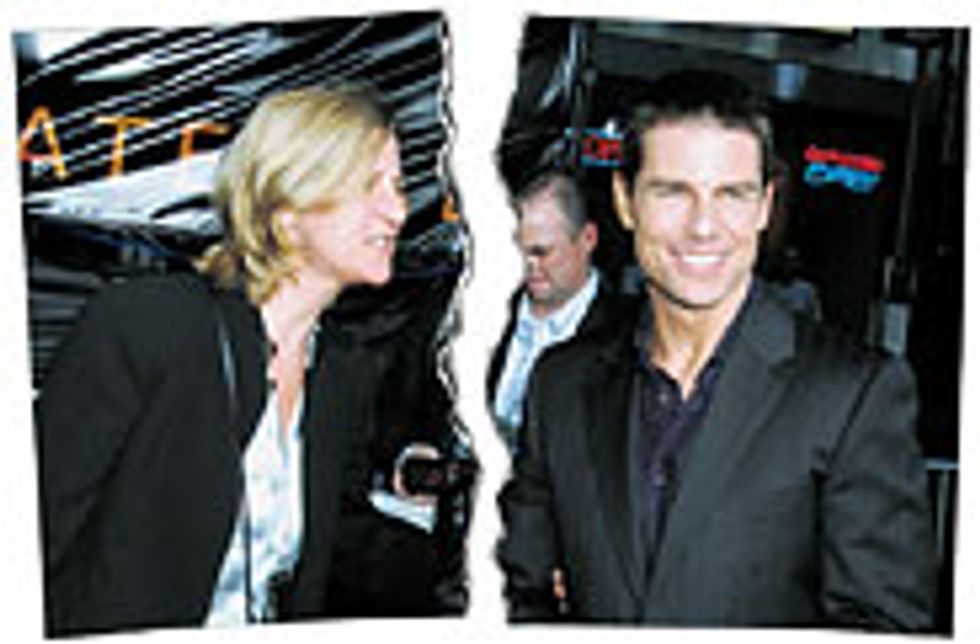 Tom Cruise dumps his sister who had been working as his press agent. The question is does it represent a sea change in the way we'll be relating to our celebrities in the future.  For some time I've been saying that the celebrity culture has peaked out. Yes, it is still strong and it will take sometime to see it collapse, but it's over. For one, there are fewer and fewer true stars, people who will open a movie and successfully carry it to profit -- or make a difference when their picture is splashed on the cover of a magazine. And even if they do, their careers are short-lived. Cruise is the exception that proves the rule. Generally, how it works for Paper is that we are more interested in people on the way up and less interested once they've made it so we don't have to deal with the full-fledged super egos, though it must be said, even the young 'uns often have attitude in spades.

The relationship between publicists and the media is constantly morphing as the power shifts from one to the other. For years, publicists had to court the press and come up with stunts to get their clients mentioned in the papers. During the days of the studio system, when the stars were under contract, the studios pretty much ran things as well as placing the stories about the men and women under their care, cleaning up messes when neccessary -- and keeping it out of the press -- or making up liaisons (to cover up gay relations, for example) and getting it into Winchell, Parsons and the few other columnists who had the clout, connections and access. Most recently, the tables turned with the magazines chasing the publicists instead of the other way around. The proliferation of magazines and the public's insatiable appetite for celebrity stories has created a huge demand for profiles, interviews, photographs, appearances, endorsements, many more than anyone could possibly accommodate when you consider the global audience for this material. This has led to mini-celebrities being elevated to star status overnight and the creation of instant "stars" who aren't really famous for anything more than being famous. Can you hear me, Paris?  Though this may appeal to our inner Warhol, it wreaks havoc on our psyche and on our children who, when asked, "What do you want to be when you grow up? They answer  "famous" without any thought as to what they want to be famous for.