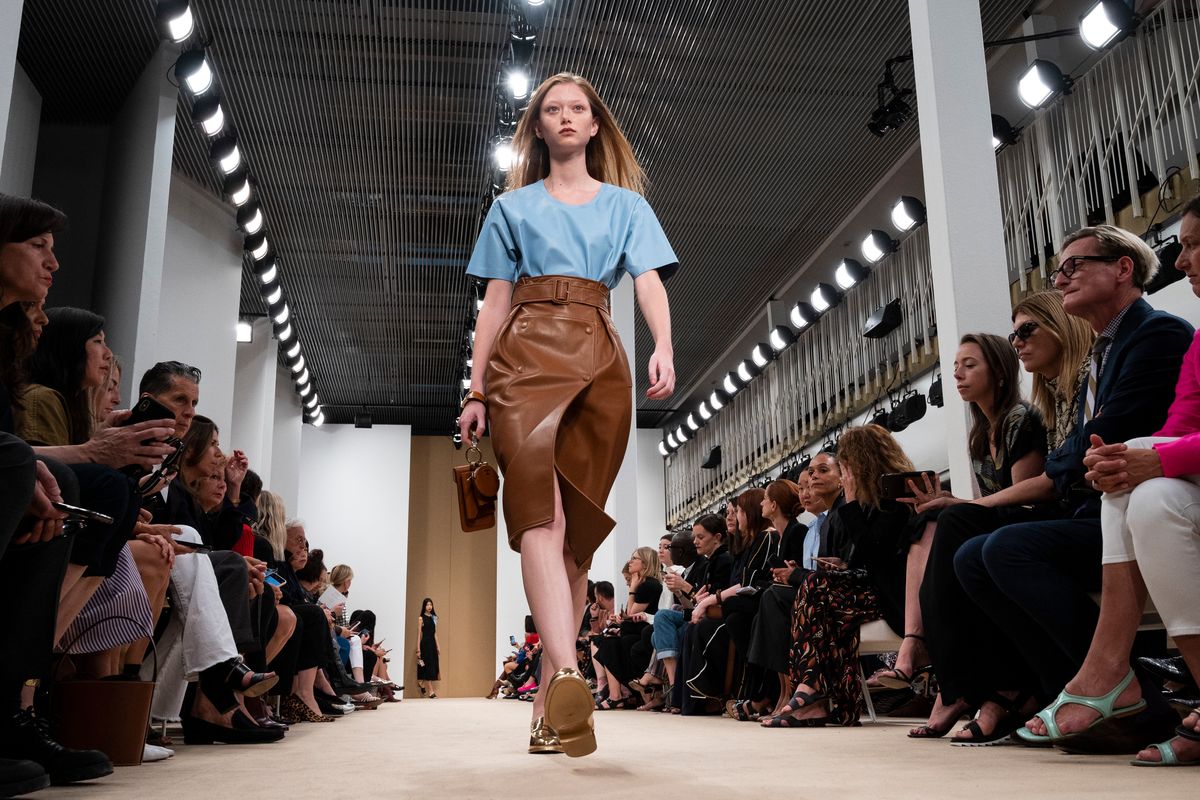 You're Obsessed With Tod's Loafers, Now Look at the Clothes

While most people know Tod's for their moccasin driving shoes, the Italian luxury brand has also been putting its efforts on building out a complete wardrobe, including timeless, high-quality ready-to-wear that veers toward classic rather than trendy. The Spring 2020 collection, however, offered some welcoming surprises in the form of unexpected design details that place it well into fashion territory alongside its 'Made in Italy' counterparts. Here's everything else you need to know about the collection.

The silhouette of the season for Tod's is a fitted jacket or bomber with a pair of cool, minimal culottes that are cut rather slim and hit right at the knee.

Crinkled skirts, dresses and shirts featured white tie-dyed effects in one of the few prints of the collection.

The biggest trend of Milan this season is the use of leather outerwear in light materials. Tod's also utilized this skirts and tops for a head-to-toe leather finish.

Some tunics and skirts featured laser-cut floral detailing, while some looks utilized the method in creating a hole-punching effect.

The collection's standout pieces were a series of midi dresses and skirts with asymmetrical panels of pleated leather inserted to create a contrast effect.