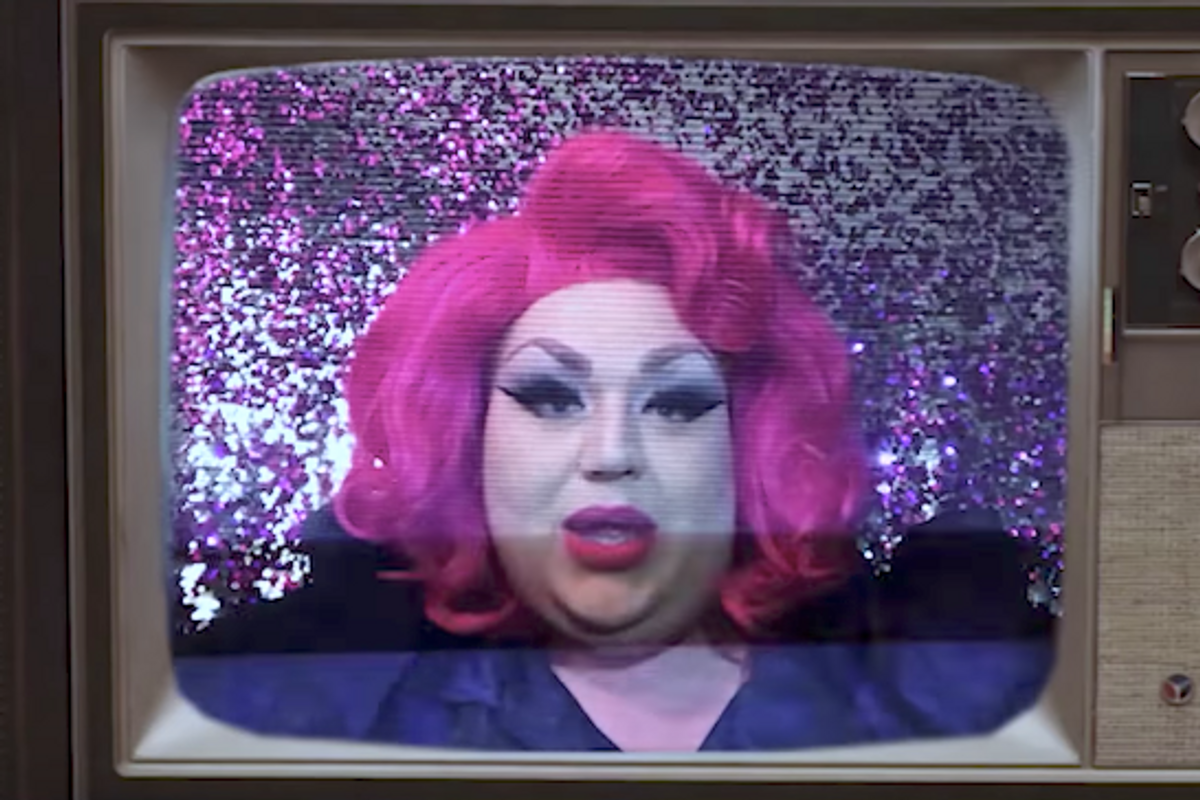 Todrick Hall has made a name for himself for his ridiculous parodies on cultural classics like The Wizard of Oz and Beauty and the Beast, and now the Youtube and Broadway star has offered up with the gay version of the highest grossing film of the year and instant classic Get Out.

In the "official trailer" for Get Out 2: Get Out of The Closet, Hall plays Daniel Kaluuya's role of the boyfriend taken to his girlfriend's parents' house, where they hypnotize and attempt to kidnap him. In Hall's version, Colleen Ballinger (aka Miranda Sings) plays Allison William's character Rose, and her parents are a gay couple who throw pool party filled with twerking boys. Drag Race star Eureka O'Hara also makes an appearance.