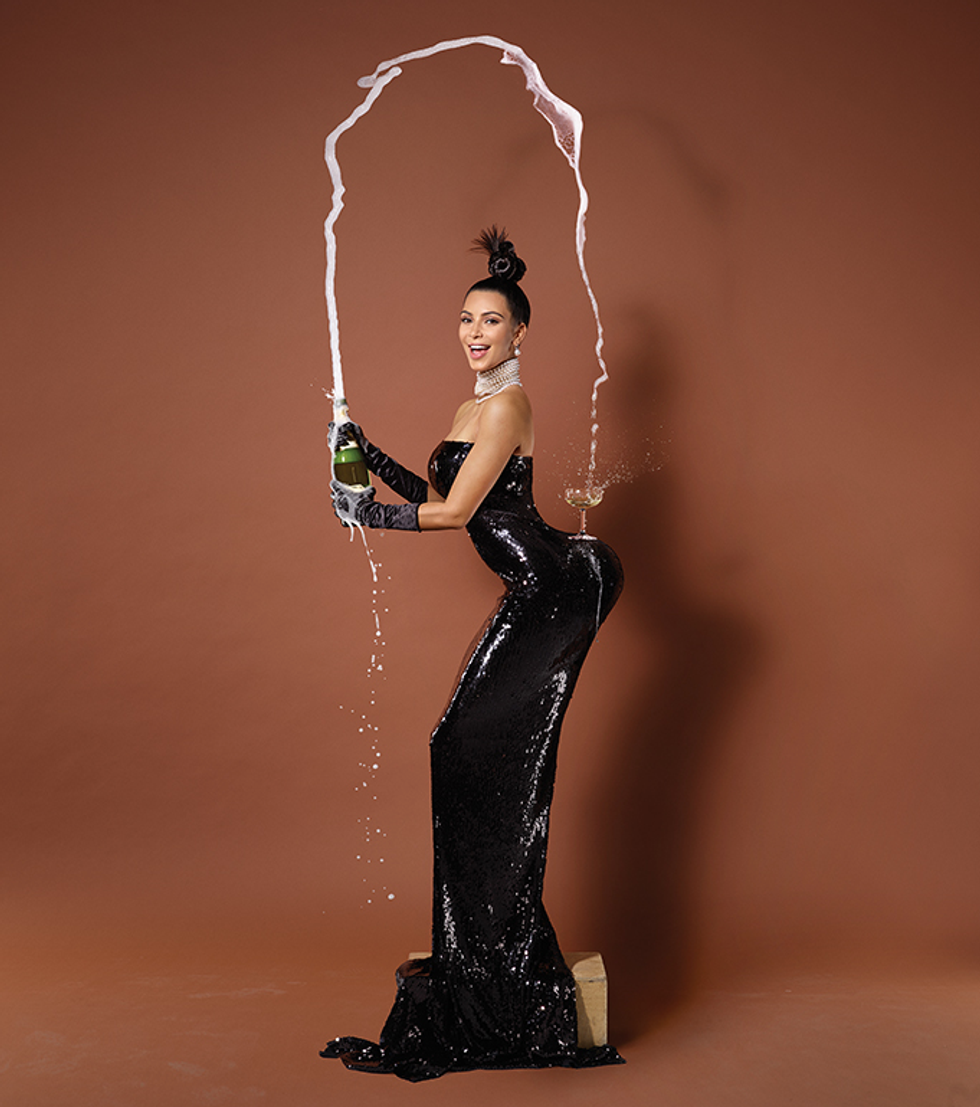 Today We Reflect On 35 Years of Kim Kardashian

From attending the opening of an envelope...


Oh, and this little cover!

This year's Givenchy show during NYFW was halted until you and your family arrived.

In less than a decade, you've gone from making potential annual appearances at Millions of Milkshakes, to being considered America's princess.

I still don't know exactly what it is you do for a living, but you've made $53 million already in 2015, so you're doing something right.

Despite what many believe, you're completely in on the joke.

You invented the joke!

You're married to Kanye West.

And best of all, you're an awesome mom!

You are simply the most famous human being on Earth.


But before all of that, you were just a girl who punched her younger sister as she ate Chipotle.

Once, long ago (2008), before the Balmain, you bought yourself a present.

Yes! With your own money. Your mother, your manager -- a glorious turkey vulture -- spread her wings, rolled her spine, and cawed "Treat yourself!" and threw a human femur at you.

You put that femur in a satchel, and in the middle of the night crossed a desolate valley, and bartered it...for a Bentley!

You were so happy. You had earned it!

Your sisters were jealous, though.

They laughed -- Kourtney and Khloe -- they laughed at you and your big fat Bentley.

"Who does she think she is?!" Khloe sneered.

You were mad, Kim. It's not your fault you're more famous than them.

You waited outside a door, listening to them cackle at your expense.

You decided it was time to teach them a lesson.

In honor of Kim's birthday...here is the greatest moment in Keeping Up With the Kardashians  lore (aside from Kendall paying the family gardener to do her chores at age 7).

Kim walked into Rob Kardashian's apartment at the University of Southern California, where he sat eating Chipotle (before Chipotle was kool) with Khloe, and Kourtney.

What happened next was nothing short of iconic; a moment of authentic sibling-on-sibling rage...a prime reminder of why this family is where they are.