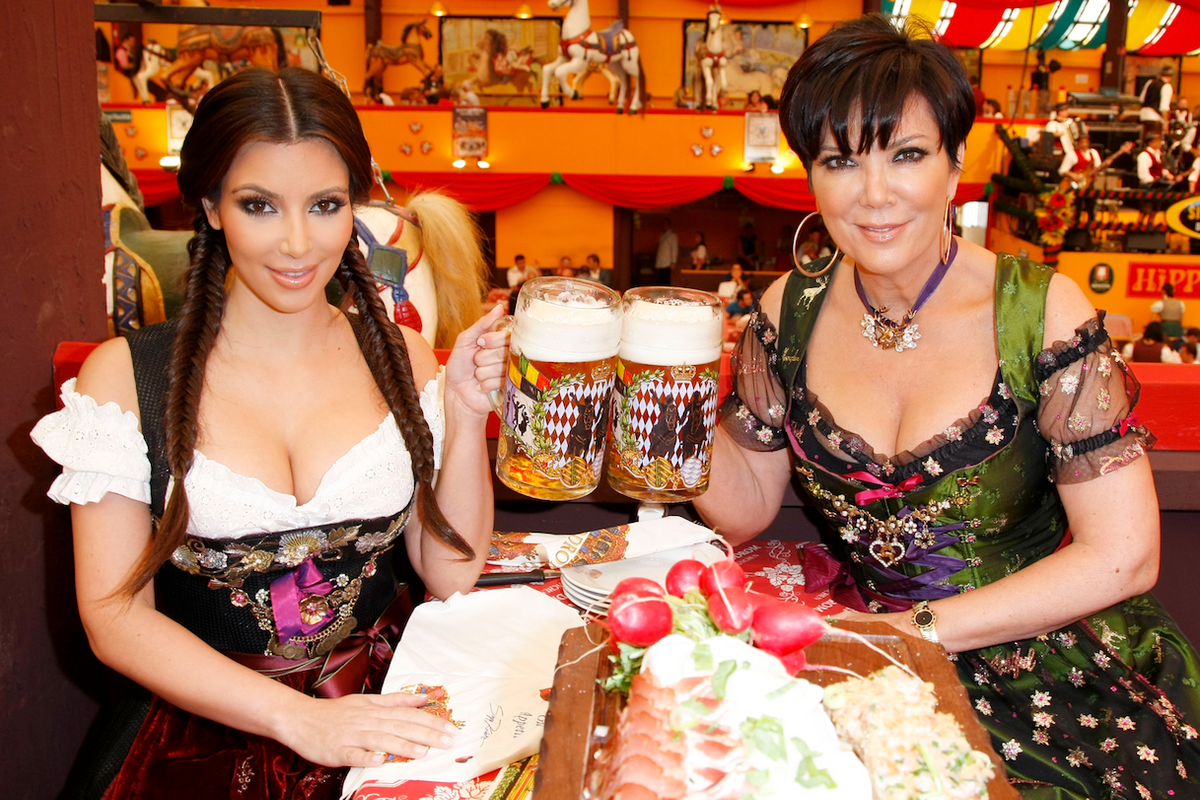 Today is the day we heard from two members of the Kardashian/Jenner family/business whom no one really allows speak, almost at all: Kylie Jenner and Kim's former executive assistant now COO, Steph Shepherd. Only now, do we have a fully rounded view of what the day-to-day of Kardashian living is really like.

Where to begin. Let's start with Kylie. In an interview with Fast Company as one of the 57th "Most Creative People in Business 2017" the ex-girlfriend of once popular rapper Tyga, current girlfriend of autotune extraordinaire Travis Scott and oft-proclaimed make-up mogul discussed her growing business. We learn that Kylie didn't really have a "thing" like her sisters before this (Kim: hot-then game-now merch, Kourtney: kids-now-honey, Khloe: funny-now-jeans, Kendall: model), but make-up gave it to her.

"I used to ask my mom, "What's my thing?" Kendall has modeling, what's my thing?" Kylie says. "And I'm just so happy that now I have this. It motivates me every day. I want to expand into a full cosmetics line–foundations, concealers, everything under the sun."

She also uses her housekeeper's arm for those perfect swatch pics, a dedicated woman indeed, apparently.

"Everyone knows when I'm releasing a product on Snapchat that I will be MIA for the next hour and a half. I'm running around my house, finding the perfect lighting, the perfect swatches," she says, when asked how she prepares for a launch. "My housekeeper, I use her arm for my Snapchats. She has the best arm for swatches. She's so nice and just sits there and has her arm ready and lets me do my thing. I care a lot about what my products look like when people first see them."

How does she find the time to do all this promoting? You squeal. Answer: She doesn't. She has someone help her, one someone that she decides she might as well throw under the bus.

"I have another girl who's on the team who helps out sometimes if I'm busy. Sometimes I delete all her pictures. I'm like, I don't like that, it needs to look like this." Sounds to me like a communication issue.

Steph Shepherd, on the other hand, has much more competence than Kylie's misguided employee and in fact she's just been promoted from Kim's exec assistant to COO of Kardashian West brands. If you thought something came across a little off-brand for Kim – who doesn't drink and or smoke – it probably comes from Steph.

"Kim doesn't smoke, but I try to get the weed paraphernalia in there...you know, for the youth," Shepherd tells Refinery 29, the kids, they need their weed!

The in-depth profile of the Kardashian right-hand woman reveals a lot of what it's like to be in the family.

On Kris Jenner being a G.

"Kris Jenner is a fucking G," she says. "...If someone tells her no, she has no problem standing her ground and saying, 'We're not accepting that, get someone on the phone and make it happen.' That woman can literally get on the phone and change the world." Makes sense!

On Kanye's love for cards against humanity. Is also funny.

"...I know everyone thinks he's so deep and serious, but he's also so funny, like he has me rolling laughing, and sometimes I'm like, Is this inappropriate that I'm laughing so hard?" I don't know, is it?

"It was terrifying. At the time, I had to hold it together and make sure everything was getting handled, and that we could get Kim home as quickly and safely as possible...Wherever we are, my instinct is just to protect her. I would truly take a bullet for her." Wow.

On Khloé being cool.

"Khloe is just like everybody's friend, you can talk to her about anything, she's just a down ass girl, truly." Fair.

On Kourtney being her BFF.

"Kourtney and I weren't really close at all when I first started working — I don't think she really liked me at first to be honest! Now we talk all the time and we'll go to dinner, or I'll spend the night at her house. People always think we're either lesbians, because we're always together or holding hands." Alright.

There you have it, everything new that has come out today regarding arguably the most famous group of people on the planet. How will she ever leave this family? You wonder, I wonder, Steph wonders. Stay tuned to KUWTK to find out.