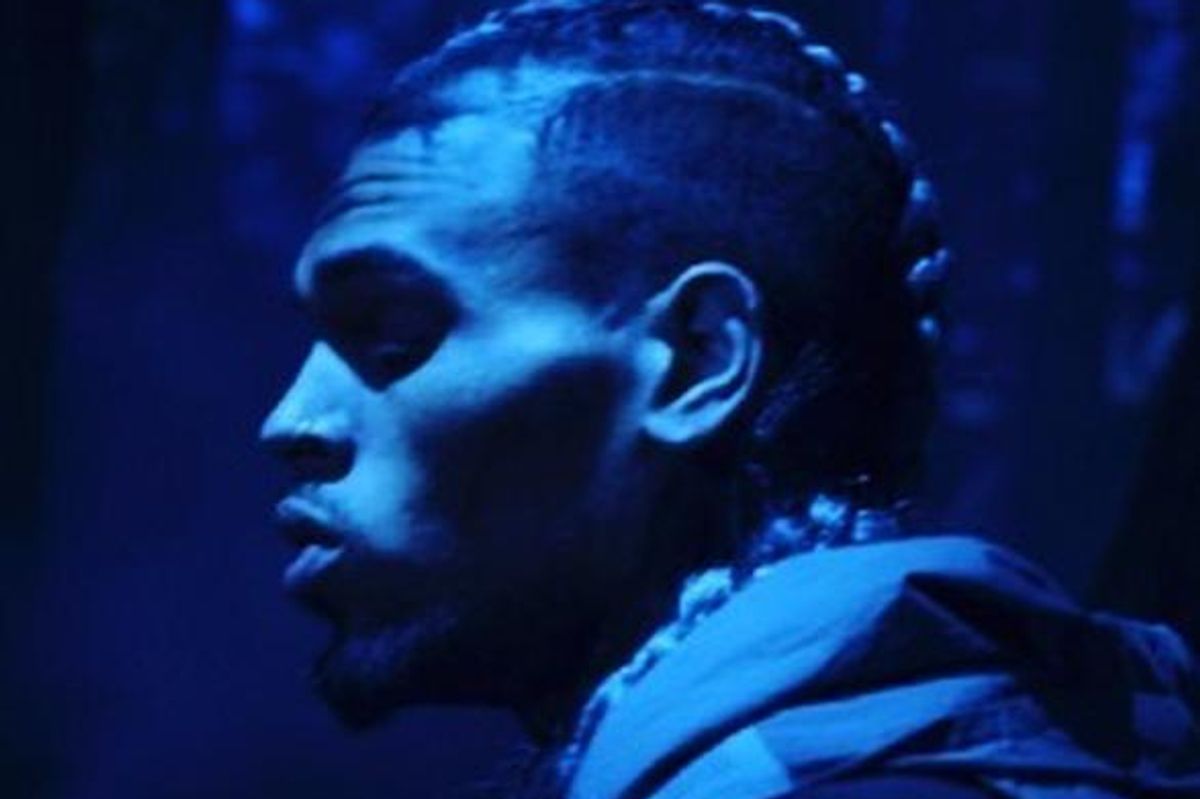 Yesterday, during the least interesting police standoff ever, involving Chris Brown hiding out in his Tarzana, California mansion for ELEVEN HOURS, news and paparazzi helicopters circled his hilltop estate in hopes of getting that perfect glimpse of the troubled pop star/domestic violence enthusiast.

Mostly, they just got the same ol' footage of the dried out grass and nothingness surrounding his drab, shadeless palace, as Brown hid inside, making bizarre Instagram videos, and throwing duffle bags full of drugs and guns out the window.

Before he was arrested, however, Brown did emerge at his front entrance, sitting on the ground and talking to police, who patiently waited for their search warrant to be made official, deeming it OK to cuff him.

One of the helicopters--piloted by an unknown paparazzo--seemed as bored as we all were over while broadcasting a live feed of Brown's seismic temper tantrum; unaware that their audio feed was being listened to, the pilot blathered on and on with hilarious commentary over the ridiculous shitshow happening below.

All the while, simultaneously reporting on REAL news happening, like the brushfire evacuations happening in Riverside, California.

..the pilot perfectly illuminates the pointlessness of it all.