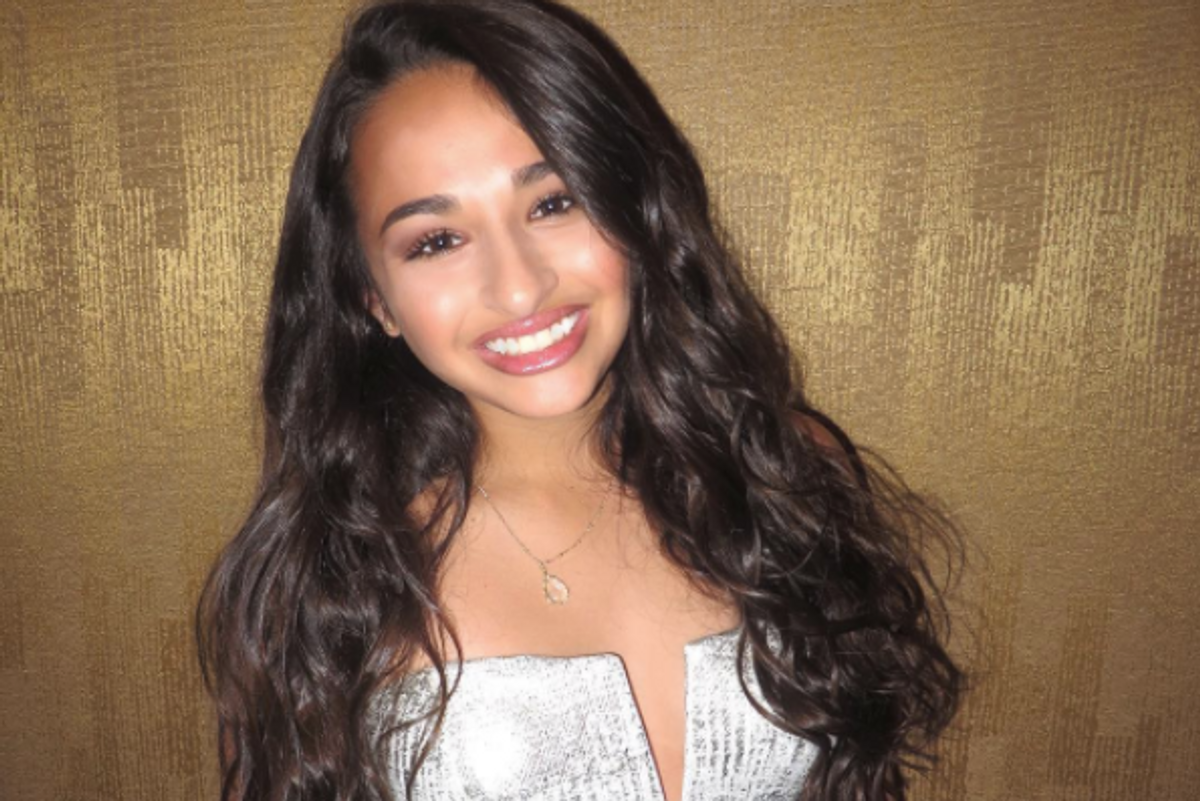 Jazz Jennings, the 16-year-old star of TLC's I Am Jazz, responded along with the network to comments made by Derick Dillard.

Dillard, 28, is married to Jill Duggar Dillard (yes, that Duggar) and appears alongside her on the 19 Kids and Counting spinoff Counting On. On Wednesday he retweeted a promotional tweet by TLC about Jenning's show, which documents her life as a trans teenager and LGBTQ advocate, adding his own backward thoughts.

What an oxymoron... a "reality" show which follows a non-reality. "Transgender" is a myth. Gender is not fluid; it's ordained by God. https://t.co/YxzH5o5Ujx
— Derick Dillard (@derick4Him) August 3, 2017

Users quickly responded, asking TLC to intervene and calling out Dillard for attacking a teenager.

Is it necessary for a grown man to throw shade at a teenage girl?
— Shannon Miller (@notthegymnast) August 3, 2017

Dillard then dug himself into a hole further, attempting to defend himself while misgendering Jennings.

You mean her. Use the right pronoun if you have no issue
— Janice Olan (@JaniceWahlberg) August 3, 2017

Now, Jennings and TLC have both responded.

Jennings seemed to take the whole thing in stride, tweeting:

Every day I experience cyber-bullying, but I keep sharing my story. Today was no different.
— Jazz Jennings (@JazzJennings__) August 3, 2017

While TLC's VP of Publicity said in a statement to USA Today, "Derick Dillard's personal statement does not represent the views of TLC."

That's a pretty lukewarm response that very carefully toes the line between disavowing Dillard while not specifically backing Jennings, but that's the sort of non-stance networks and big corporations are known for, right? At least we have Jax Taylor of "Vanderpump Rules" as our unlikely crusader, as shown by his recent response to Dillard's wife 2014 tweet celebrating her engagement to "the most awesome guy in the world":

Sweetie I wouldn't brag about that speck of dust on your finger. You married a delusional piece of shit, and he's probably hiding he's 👬 https://t.co/LVREZ1OUST
— Jax Taylor (@mrjaxtaylor) August 3, 2017