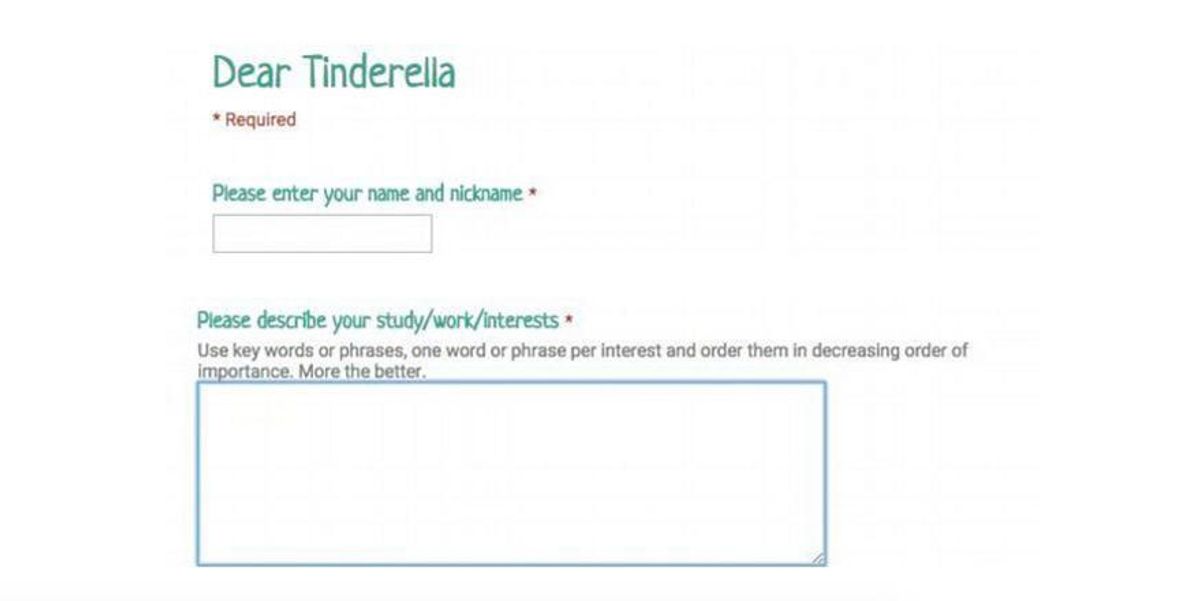 He makes his would-be dates fill out a questionnaire first.

With Valentine's Day only a week away, maybe you've joined (or re-joined) Tinder in the hopes of finding someone to go out (or come home) with. Sure, you might have to wade through a muck of unsolicited dick pics, eggplant emoji-laden sexts and endless "hey." and "u up?" messages, you never know, right? Well, it turns out, the app's dating pool has reached a new low, as evidenced by this latest profile find.

Reddit user Coppeliacoppelius shared her story of matching with a man named Solomon, who then sent her an exhaustive questionnaire to determine her suitability as a date. The original post, which included a link to the Google form, has now been taken down. (Other Redditors, apparently, mercilessly trolled poor Solomon, with at least one claiming to have submitted as Satan.) Luckily for us, the good folks at The Independent saved images of the questions.

Also interesting that he asks about interests, when almost everyone's Tinder bio quickly establishes that they both like to travel and have fun.

Now, we have to give Solomon this -- he clearly appreciates a substantial, intelligent woman. It is interesting, though, that he draws a distinction between "classics" and "fictional stuff," as there's presumably a lot of overlap there. Unless, by "classics" he's referring specifically to ancient Greek and Roman texts. In which case: ladies, if you're super into Herodotus' Histories, get at this dude!

Given his inquiry into dates' reading habits, it's no surprise that this dude has ~a way with words.~ Another writer might stop at, "How would you describe yourself?" but, to make sure we have absolutely no doubt about what that question means, we have the helpful instructions to imagine oneself as "a grandmother ghost" observing one's present self and selecting from a range of descriptions that include "dreamy eyes slothface" and "sober queen." Woof.

Credit where credit is due, Solomon knows that this whole dating business is a two-way street and asks his matches if they, in turn, would want to meet him. This concern for his date's feeling has actually won us over a little. We'd give him a solid "maybe" (on second thought, we might just delete the app and toss our phone in the Hudson).