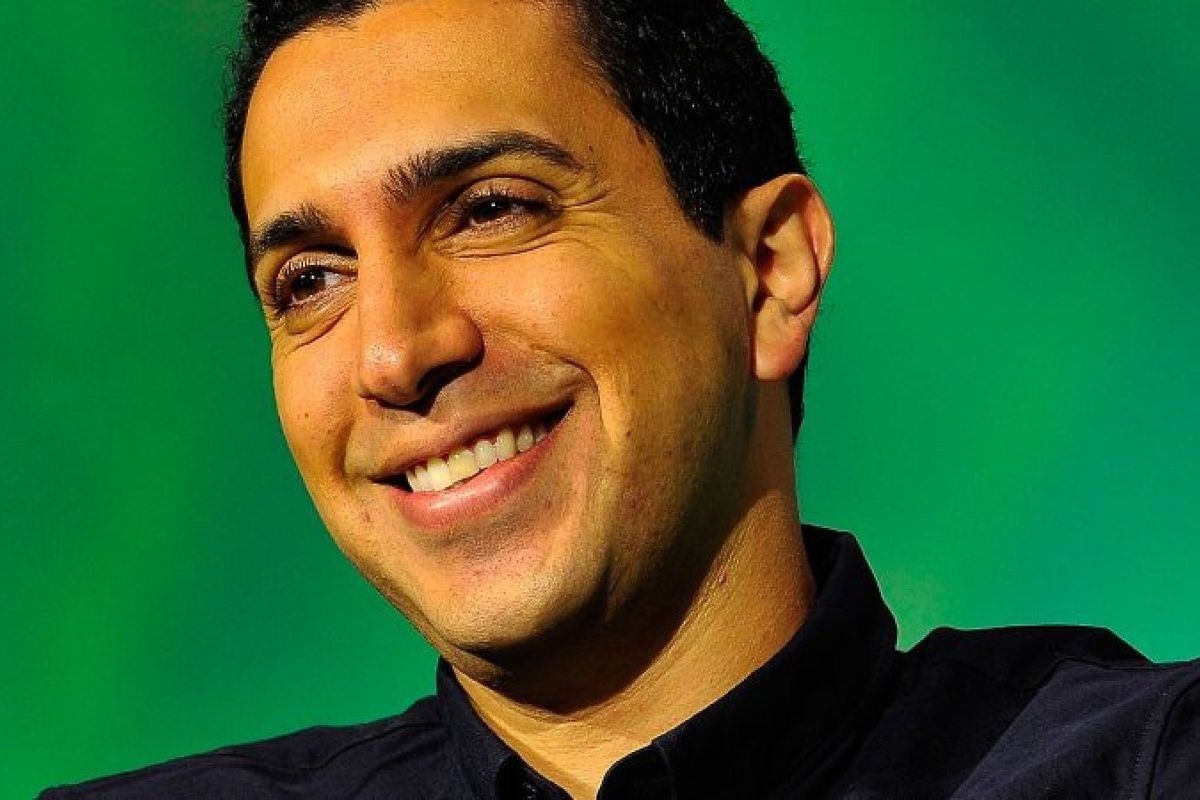 Earlier today, the Evening Standard published a super cringe-y interview with bratty, foot in mouth-prone Tinder CEO Sean Rad in anticipation of his parent company's IPO opening this Friday. Probs wasn't the best move on The Match Group's part, but you know, I guess Tinder is the biggest fish they got.

Even despite having his VP of communications and branding sit in on the entire conversation, dude still kind of dug himself a pretty deep hole -- grasping for the term "sapiosexual," this following gem of an SAT fail was uttered by Rad at one point. You can just hear his communications person detonating into a billion little soundbites as this oof-worthy bon mot slips from his mouth:

He continues: "Apparently there's a term for someone who gets turned on by intellectual stuff. You know, just talking. What's the word?" His face creases the effort of trying to remember. "I want to say 'sodomy'?"

Semantics aside, most of the interview itself acts as just one long, humblebrag where he basically tries to distance himself from the idea of "successful yet superiority complex-riddled tech-bro," even if all he does is end up reaffirming the fact that he is a textbook example of said trope. Rad tells the interviewer at one point that he's just a good, old-fashioned romantic equipped with the requisite Mama's Boy complex, which all girls on Tinder know is basically code for "selfish man-child who does not take responsibility for his actions." You know, the "I like you, but I just really need to take this time to follow my heart" guy.

[Rad] wants me to believe he's a "romantic", who is "ready to settle down" and have "lots of children". In fact, the last woman he shared a bedroom with was his mother...

And of course, the anecdote he uses to back-up his claim of being a ~romantic~ is one that reaffirms the idea that he's still really desirable -- seeing as how he spends some time insisting that a "really, really famous" supermodel is just dying for front row tickets to the "Big Sean" show. God forbid anyone think that his romantic outlook stop him from being Tech's Sexiest Man Alive.

A "supermodel, someone really, really famous" has been "begging" him for sex "and I've been like, no". She's "taunted" him, he says, and "called me a prude".

Ladies, IDK about you but at this point I'm dying to have sex with him! And you know what, I may have a chance, seeing as how he wants you to know that he doesn't care about looks -- really, really famous supermodel or not. In fact, you don't even have to be normal-model hot, because he's noble enough to put up with his friends ribbing him about you being a "butterface" with a Harvard MBA because he's truly a...uh,"sapiosexual."

Attraction is nuanced. I've been attracted to women who are ..." he pauses "... well, who my friends might think are ugly. I don't care if someone is a model.

The real test if you're smart though is if you realize that hooking up with him is a good idea. He's not like all those other asshole tech bros, after all; he's humble and cultured. Wow.

So far he's been too busy for extravagance (apart from his gold Audemars Piguet watch and $115,000 black Mercedes G-Class SUV) but says he wants to start an art collection.

Not only that, but he has feelings! Feelings to the point where he takes a legitimate perspective critique of his product as a personal attack and proceeds to anger-stalk the female writer responsible for writing such unflattering copy.

Rad is "defensive" and still "upset" about the article, muttering mysteriously that he has done his own "background research" on the writer Nancy Jo Sales, "and there's some stuff about her as an individual that will make you think differently." He won't elaborate on the matter.

And, ladies, it seems like you all might actually have a legitimate chance of meeting up with him - he's addicted to his own app, as the headline so boldly affirms.