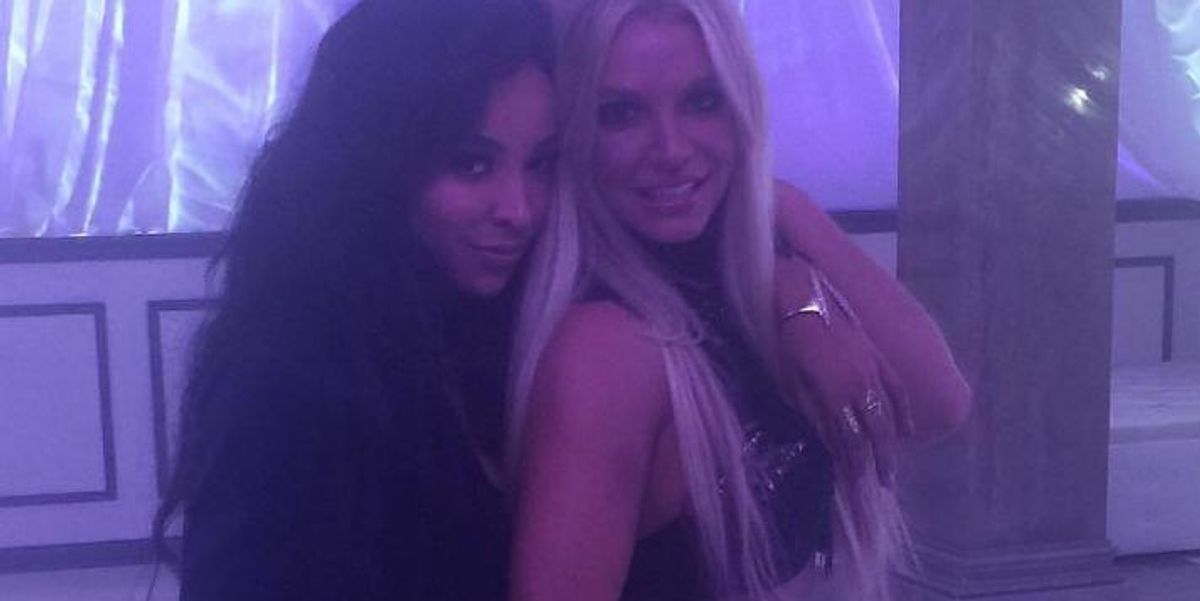 Last night, Tinashe took to her Instagram to confirm that she's currently collaborating with "her idol," Britney Spears.

Posting an image of the two embracing, Tinashe wrote, "The face you make when the rumors are true and you collabed with your idol & basically your whole life is a dream," alongside a series of "#ultimatestangoals" and "#whatislife" tags. One of the tags also read "#slumberparty," which seems to hint at a rework of Spears's track of the same name, which was featured on her new album, Glory. Further proof is in Spears's recent tweet, which features the same photo alongside "Slumber Party's" "neighbors say we're causing a commotion" lyric. Check out both posts below.