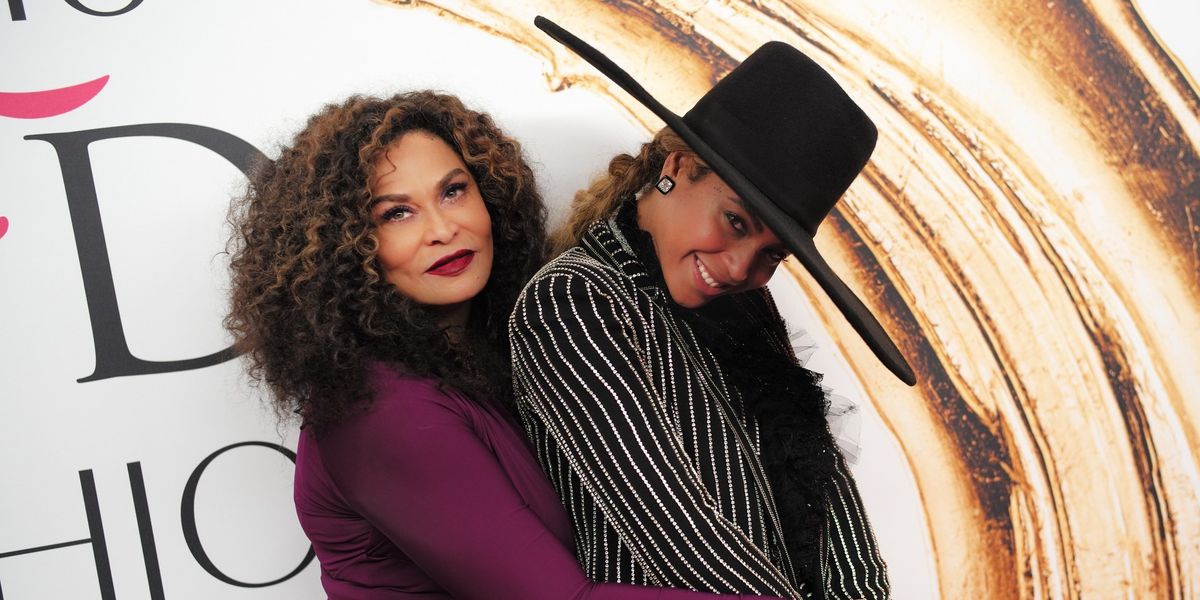 If you were wall-sliding and weeping to Solange's perfect SNL performances this weekend, or being overtaken by violent respect goosebumps when Beyoncé brought the house down at a Hillary Clinton rally, then you really had Tina Lawson to thank. It has become fully clear in 2016 through the content of Beyoncé's Lemonade and Solange's A Seat At The Table, that every magnificent thing that that the Knowles children do is thanks in small or large part to the way that Tina raised them. The also have her to thank for that bone structure. Look at these three!

Yesterday, welling with pride for the accomplishments of her two girls (who became the first siblings with albums to top the Billboard charts since Janet and Michael this year), Ms. Tina Lawson took to Instagram to recreate her daughters' iconic album looks.

First, she recreated Solange's Seat At The Table cover...

Long story short, Tina Lawson deserves a big ole, "She did that." Thank you Tina.

P.S. If you're not already following Ms. Tina on Instagram, you really need to get it together.