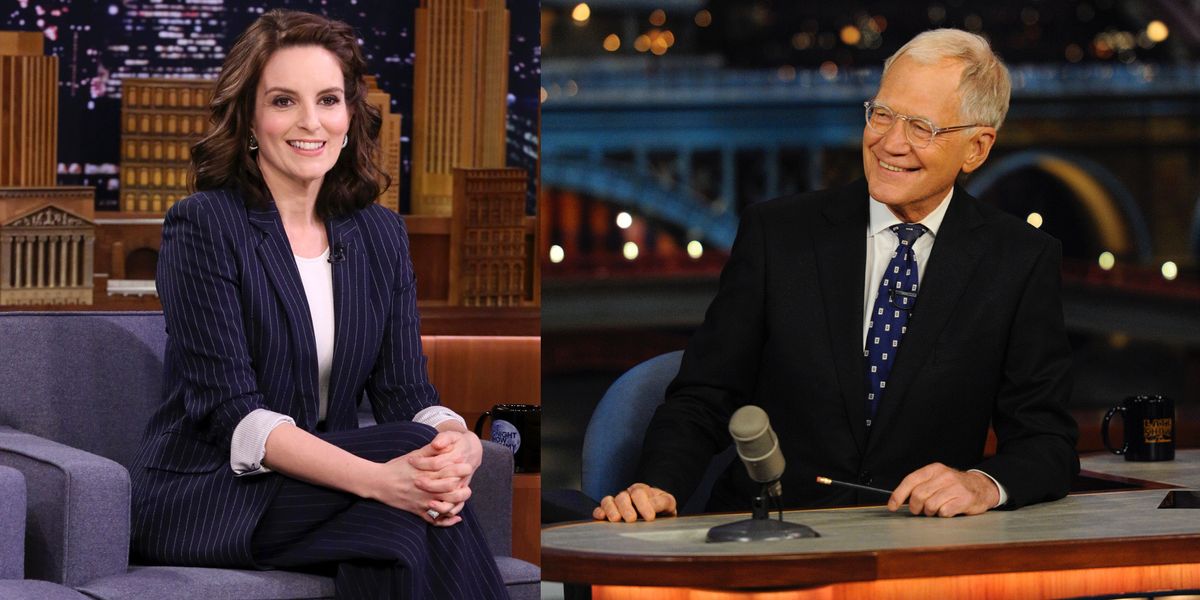 Late night is one of the most male-dominated fields around, and that's not just limited to the overabundance of male hosts. A historic lack of women behind-the-scenes and in the writers rooms has been called out from time to time, but rarely by anyone with a huge platform. Tina Fey did just that, though, while appearing on David Letterman's new Netflix show My Next Guest Needs No Introduction.

Letterman's The Late Show was not only an American classic, but also a known offender in terms of not hiring women. Addressing this, Letterman said to Fey, one of the greatest female comedy writers of our time, "I didn't know why there weren't women writers. There was no policy against women writers. I always thought, well, geez, if I was a woman I don't know if I would want to write on my nickel-and-dime, dog-and-pony show anyway because we're on at 12:30."

Rather than demur as others in the same position might have done, Fey pushed back. "Yeah, we did want to write on it, though."

This led to Letterman reflecting on and apologizing for his complicity in maintaining male-dominated writers' rooms. "But that is my ignorance, and I feel bad for that," he said, "and it's changing, has changed."