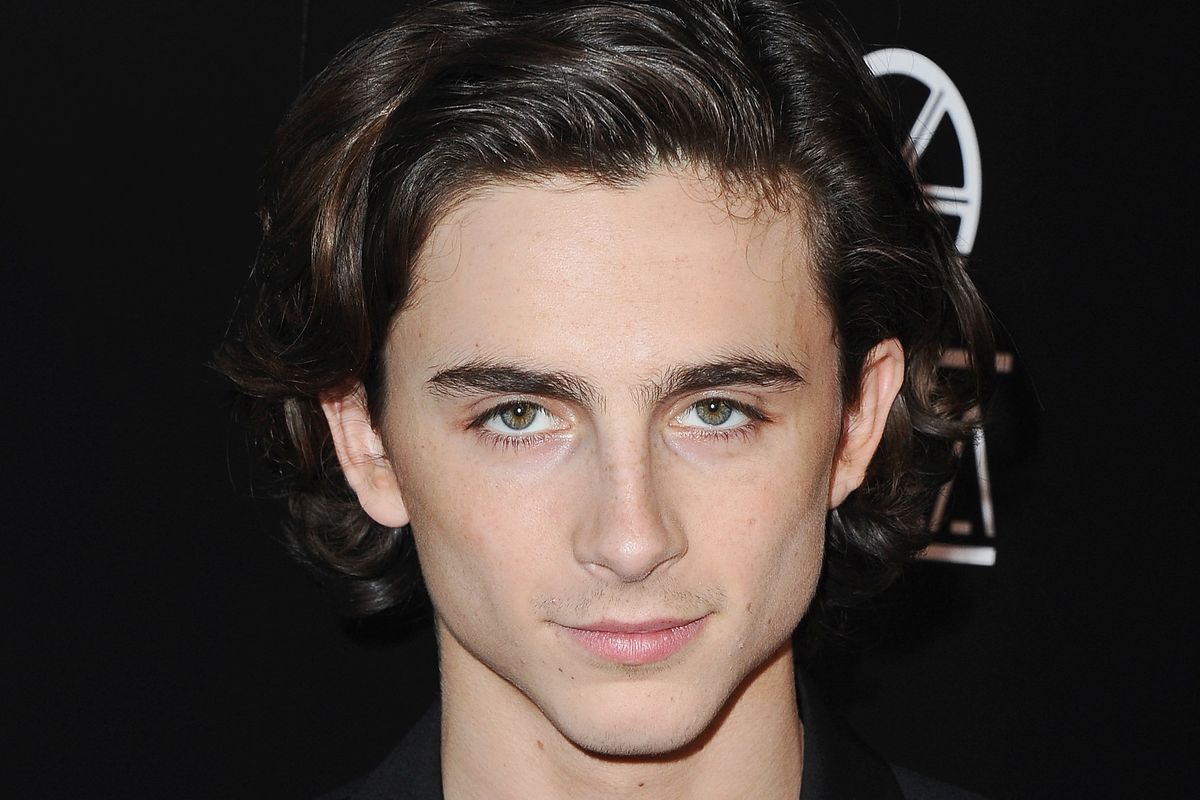 Timothée's Chamalet's rise to stardom has been swift. Greta Gerwig (Ladybird) and Luca Guadagnino's (Call Me By Your Name) enormously successful recent films have helped him become one of Hollywood's most sought-after talents. This means it wouldn't be long before forever desperately-seeking-new-muse Woody Allen also came knocking for his latest film, Rainy Day in New York.

Chamalet's decision to accept the role is something he has danced around addressing throughout the Call Me By Your Name press tour, explaining in various interviews that he "hesitates" to talk about allegations that Allen sexually abused his adopted daughter because it wasn't the right time. Now, however, Chamalet has confronted the topic head on, announcing he will be donating his fee from working with Allen to Time's Up, RAIIN, and The LGBT Center in New York — making him the first high-profile actor in recent memory to publicly protest Allen.

"I am learning that a good role isn't the only criteria for accepting a job — that has become much clearer to me in the past few months, having witnessed the birth of a powerful movement intent on ending injustice, inequality and above all, silence," he wrote on Instagram.

"I have been asked in a few recent interviews about my decision to work on a film with Woody Allen last summer. I'm not able to answer the question directly because of contractual obligations. But what I can say is this: I don't want to profit from my work on the film, and to that end, I am going to donate my entire salary to three charities: Time's Up, the LGBT Centre in New York, and Rainn [the Rape, Abuse & Incest National Network]."

Chamalet is not the only actor to distance himself from Allen; in a post-Golden Globes interview Lady Bird director Greta Gerwig expressed her regret at working with Allen in To Rome With Love, claiming she will never again work with the director. Allen's accuser and adopted daughter, Dylan Farrow, tweeted her thanks in response to Gerwig.