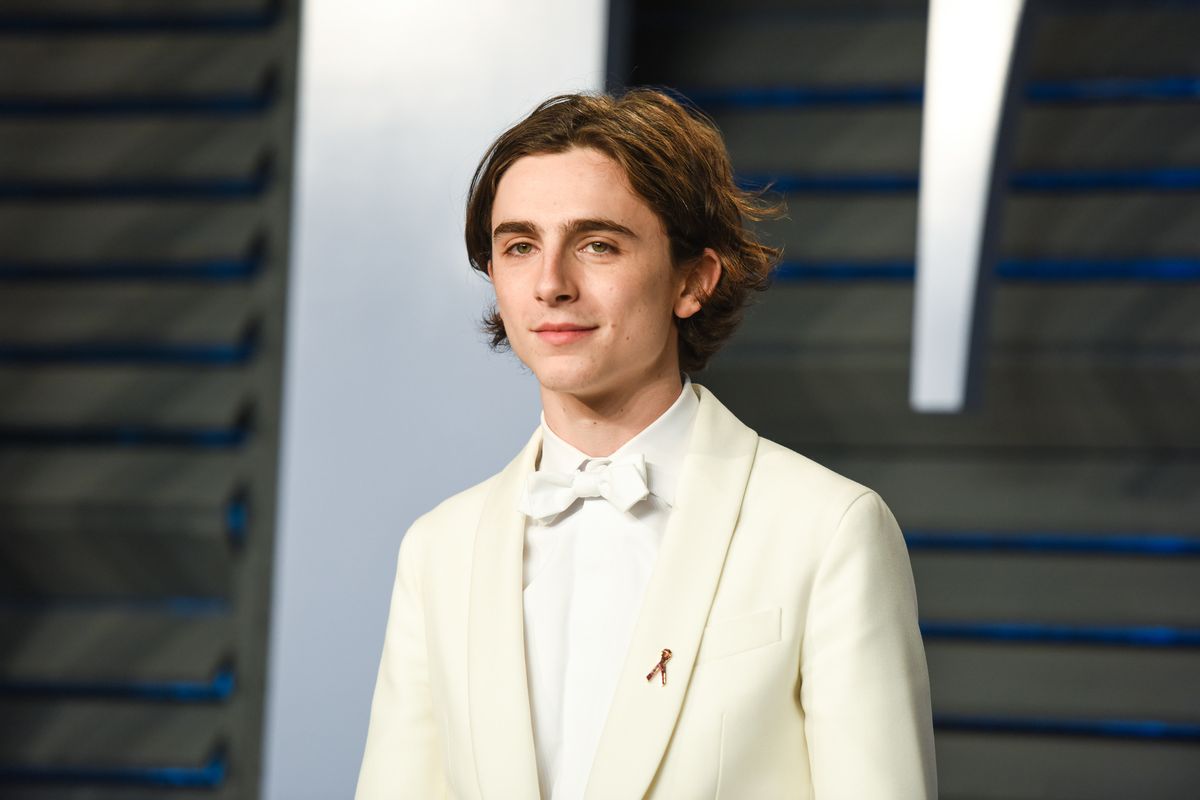 Of Course, Timothée Chalamet Will Star In Wes Anderson's Latest

Surprise, surprise: indie mad scientist Wes Anderson has scooped up Timothée Chalamet and his shivering collarbones to star in his latest film. Titled The French Dispatch, according to Indiewire, the live-action movie is a three storyline "love letter to journalists set at an outpost of an American newspaper in 20th-century Paris."

With his penchant for bringing to life precocious, offbeat teens and femme adonis beauty (not to mention that he could pass as Anderson's offspring), it was matter of time until Chalamet took up his rightful spot in the auteur's harem of misfit toys. He'll star alongside Anderson mainstays like Bill Murray, Frances McDormand and Tilda Swinton, as well as other fresh cult inductees like Benicio Del Toro (Sicario) and Jeffrey Wright (Westworld).

If we weren't already irritatingly excited for this movie, Brad Pitt, Natalie Portman and Léa Seydoux are also rumored to be joining the cast. Until we get a trailer and release date, we'll just be over here speculating if Chalamet will play a rookie reporter, a traumatized soldier trying to rebuild his life, or a pesky busboy with big dreams?

This year Chalamet will be busy expanding his millennial ennui repertoire repertoire with upcoming roles as Theodore Laurence in Little Women, Henry V in The King and Paul Atreides in Dune. Plus, it looks like we're getting that Call Me By Your Name sequel after all.