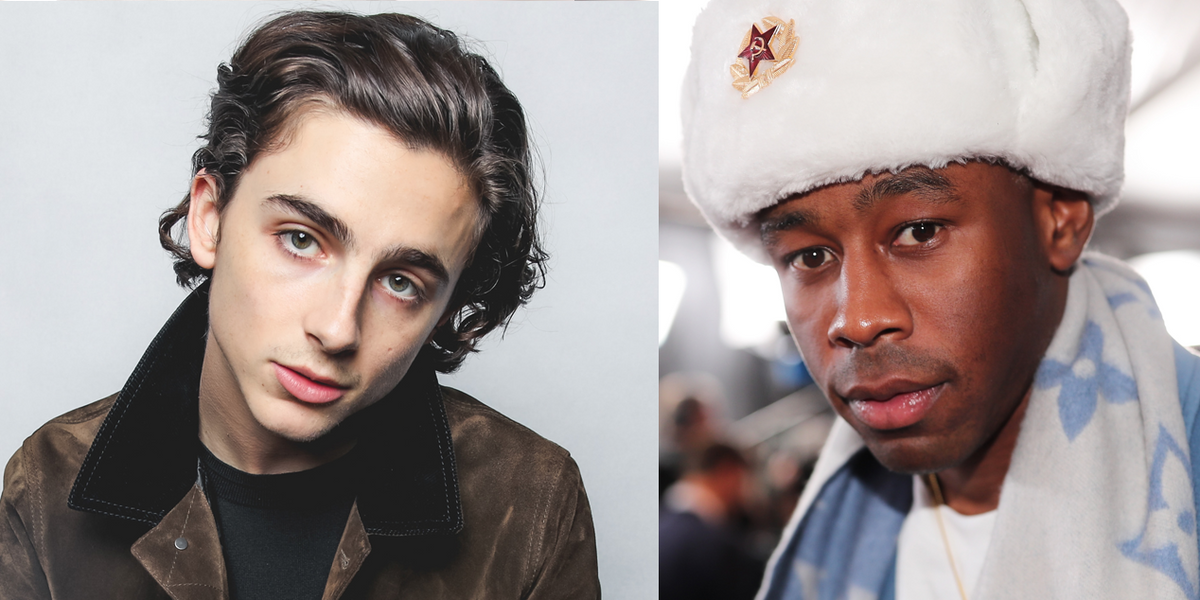 Tyler the Creator, Like Us All, Wants Timothée Chalamet's Skin

Timothée Chalamet has skyrocketed to stardom with his appearance in two of 2017's hottest films, and now it seems he's captured the attention of one Tyler the Creator, who appears to have a little crush.

On his new single, "OKRA," released last night, Tyler shouted out not only Mary-Kate Olsen (not today, sorry Ash!), dropping bands on designer luggage and Timothée Chalamet's flawless visage. "Tell Tim Chalamet to come get at me," he raps, "skin glowin', clear of acne."

Of course this adds more fuel to the fire when it comes to speculation on Tyler's sexuality. He seems to often take to music to express his attraction to men, making headlines last year, when tracks leaked from his recent album Scum Fuck Flower Boy that appear to reference his sexuality. "Next line I'll have em' like woah," he raps on the track "I Ain't Got Time," "I've been kissing white boys since 2004," although he is yet to formally 'come out.'

Still, we feel this connection to Timmy (and his skin) on a profound level — the young actor seems to have the whole world wrapped around his finger. Listen to "OKRA," below.