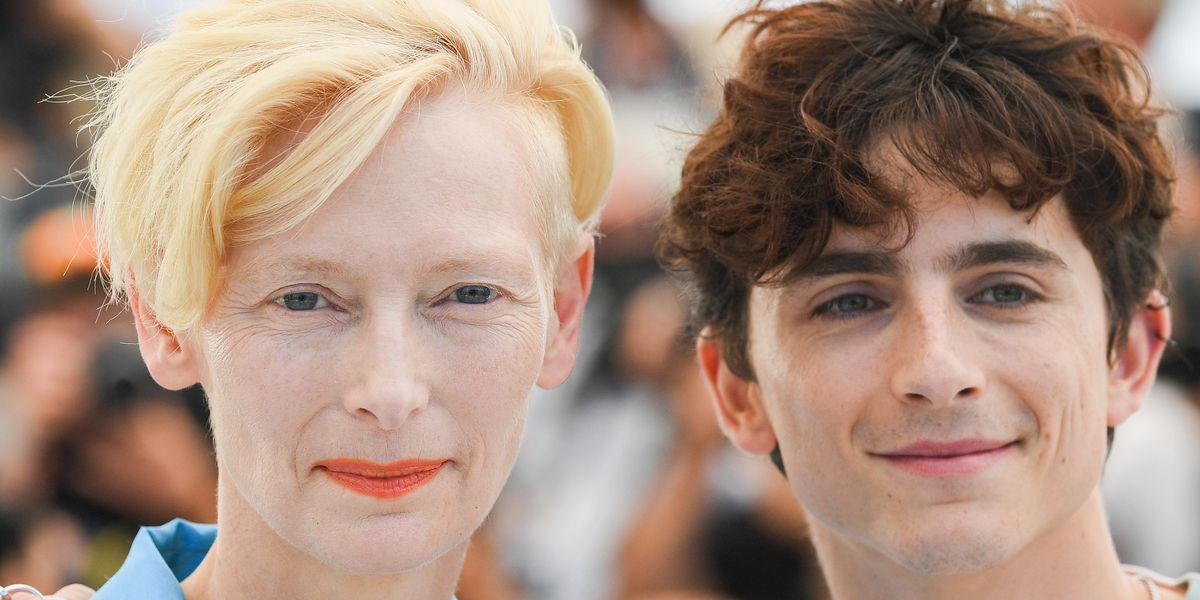 At yesterday's Cannes Film Festival premiere of The French Dispatch, Wes Anderson's long-awaited film starring Tilda Swinton and Timothée Chalamet, Swinton celebrated the film's nine-minute long standing ovation by turning to her co-star and congratulating him with a brief pat on the back.

However upon further inspection, once Chalamet turns around, looks like Swinton had a little fun with her gesture (surely, nine minutes is a long time to be on your feet) and placed her seat marker in the middle of his back. The actor is no longer a Chalamet — he's Tilda Swinton now.

In a clip of the move, Chalamet claps with everyone else while celebrating the moment and Swinton, with devilish intent, grabs him by the shoulder and slaps her name on his back. Together, they turn so that the world can see Chalamet's new moniker.

The French Dispatch, described in a synopsis as "a love letter to journalists set in an outpost of an American newspaper in a fictional 20th-century French city that brings to life a collection of stories published in The French Dispatch," is Anderson's tenth feature film.

Speaking to French publication Charente Libre in 2019, Anderson divulged some details about the movie — even though he revealed that the secrecy surrounding the film had been very intentional.

"The story is not easy to explain," Anderson said. "[It's about an] American journalist based in France [who] creates his magazine. It is more a portrait of this man, of this journalist who fights to write what he wants to write. It's not a movie about freedom of the press, but when you talk about reporters you also talk about what's going on in the real world."

Originally set to play at last year's Cannes festival that was scrapped by the pandemic, The French Dispatch will now hit theaters in the US on October 22. It was originally supposed to release last October.