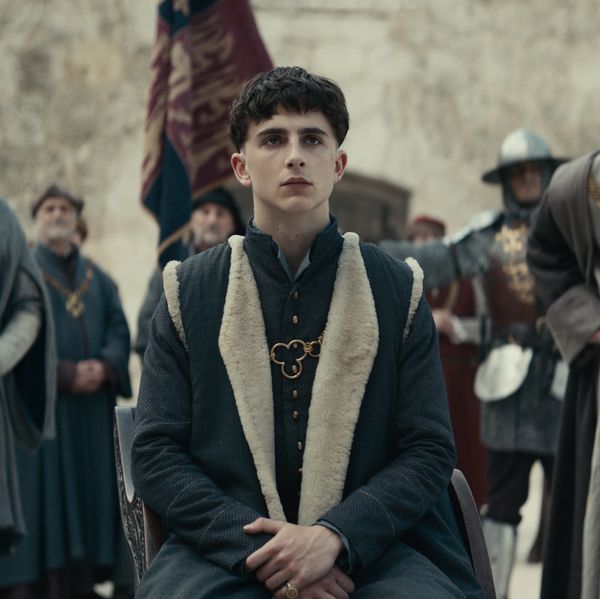 You've probably heard rumblings about Timothée Chalamet's upcoming appearance in The King. But for the past few days, the topic of discussion seems to be a movie still where the actor is seen sporting a new haircut.

Chalamet, who plays King Henry V, has sparked an intense social media debate with fans either expressing complete adoration or downright amusement at his new look.

And understandably so. The Call Me By Your Name star has stayed loyal to his tousled long locks throughout his appearances on Lady Bird and Beautiful Boy.

And now it seems, the actor is forgoing his signature look for what can only be labeled as a bowl cut. While some reactions have been positive calling the new look "hot," others are not too impressed. And now the actor's shorter hair has been translated into multiple hilarious memes.

Here are some highlights:

Timotheé Chalamet’s haircut in The King is giving me Claire in season 2 of Fleabag vibes https://t.co/ggatrJeKed
— Tiffany Beverley (@Tiffany Beverley)1564070113.0

The King will premiere at this year's Venice Film Festival, between August 28 and September 7, and chronicles the rise of "Hal," played by Chalamet, from "wayward" prince to King after the tragic passing of his father. The medieval drama is directed by Joel Edgerto and additionally stars Robert Pattinson, and Lily Rose Depp (Chalamet's rumored girlfriend IRL).