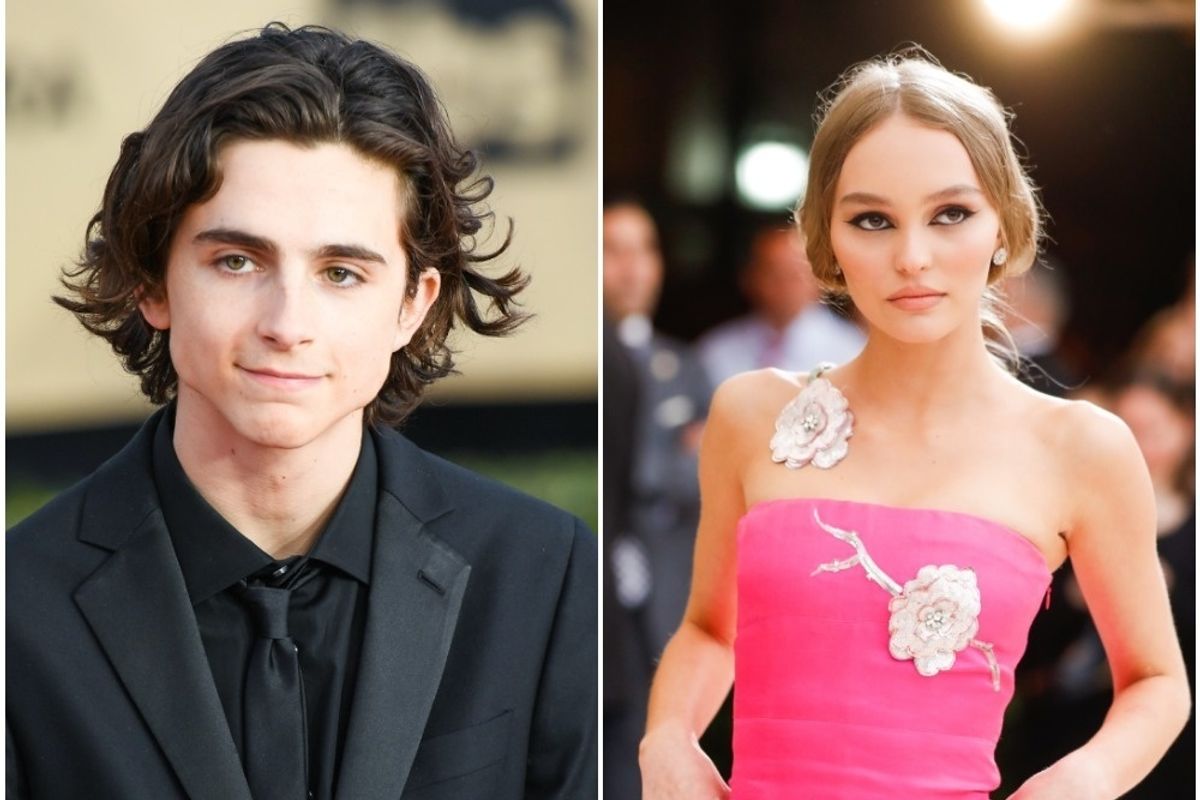 Timothée Chalamet and Lily-Rose Depp, two French-American sprites with faces of angels, have not officially confirmed that they are dating. But judging by photos taken in New York City outside East Village chicken spot Blue Ribbon Fried Chicken, they certainly look cozy. By which we mean they were making out (or as le Français say, galocher). They were galocher-ing all over Second Avenue. Ah, to be young and in love and have so, so many fans on the Internet!

E! reports that the two were seen eating at the restaurant (though I refuse to believe that either of them have ever consumed a bite of fried chicken in their skinny lives). "They were very sweet together," according to E!'s eyewitness. "They wrapped their arms around each other in line and linked arms the entire time. They seemed very happy to be together."

"When they left, they stopped on a street corner and shared another passionate kiss," the source continued. "They huddled together in the rain but loved being outside and were laughing and smiling the entire time. They seemed very into each other."

This isn't the first time that the two actors, both starring in the upcoming Netflix film The King, have been spotted together, though they previously claimed to just be "co-workers."