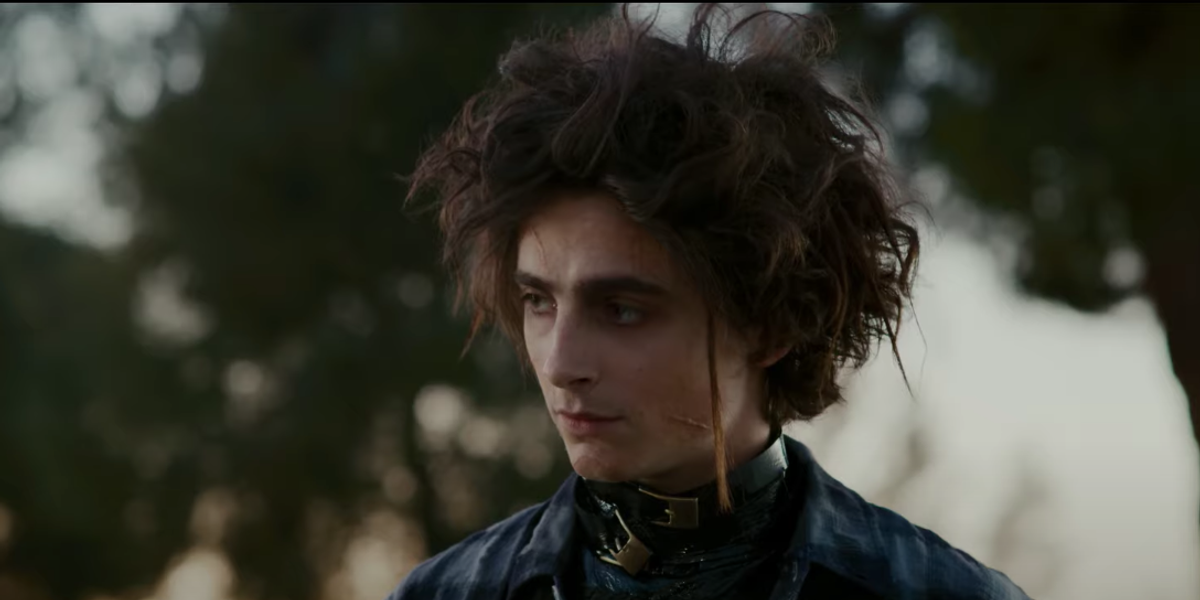 This year's lineup of Super Bowl ads looks a lot different this year, with a number of companies taking on a different tone due to COVID. Still, a few commercials are bringing out the quirky humor to the screen — and Cadillac's is one of the standouts, starring Timothée Chalamet.

In the minute and a half-long ad, Timmy plays Edgar Scissorhands, the son of Edward Scissorhands and Kim Boggs — and yes, Winona Ryder reprises her role for the ad. Edgar inherited his dad's pale complexion, wild hair and metal hands. Much like his father, he has trouble fitting in and keeps running into trouble.

One of the main things that bothers Edgar is his inability to get around town. His mom picks him up late from his job because she's busy with work. He accidentally cut the cord in the bus, so the driver doesn't let him on board anymore. And even on leisurely walks, his hands get stuck when he fiddles with wire fences.

So he decides to learn how to drive using a VR video game, and his mom surprises him with a new car: the Cadillac LYRIQ, with its hands-free driving technology.

"Edward Scissorhands was a movie I adored growing up and the opportunity to step into that world was a dream come true," Chalamet told Vogue. "I grew up an enormous Tim Burton fan. And while the projects I've been lucky enough to be a part of have often been grounded in realism, and grounded in this universe, I've been increasingly — especially as I've gotten to know Tim over the past couple of months — drawn to fables and stories that get to the essence of who we are in fantastical fashion."