In January, Belgian designer Timo Sassen released a collection, titled "SHOWMODEL," that played with the classic North Face fleece. He transformed the fleece – a piece typically associated with those who have outdoors-y tendencies – into sexy clothing more suited for the club than hiking the Appalachian Trail, or whatever people do outside. Sassen liked the idea of taking a garment that screams Joker fan-level straightness and infusing it with queer aesthetics.

"I like the idea of taking this typically heteronormative brand and injecting my wink into the fiber of its core," he told PAPER's Justin Moran. "Something so simple and staple in men's dress today and approaching it with a whole new perspective."

"Don't get me wrong, I have nothing against The North Face," he said. "I've just taken what they've presented for years and years and injected my sense of playful queerness into it. I want to always give my work a sense of humor, it should not be taken too seriously."

Sassen, a self-described "creative brat," recently unveiled a new collection that feels like a continuation of the theme. While the new styles don't explicitly reference The North Face (garments last season were printed with a logo reading "The Gorge Face"), they're still soft and cuddly. Sassen designed long-sleeved crop tops that you want to rub your face against, jumpsuits with revealing cut-outs that feel like a play on long johns, and one actual cropped, pale blue fleece. And he's branched out into denim, producing high-waisted pants with Multiple pieces are embroidered with bleach splatters and teeny floral embellishments. The logo is now his own name. 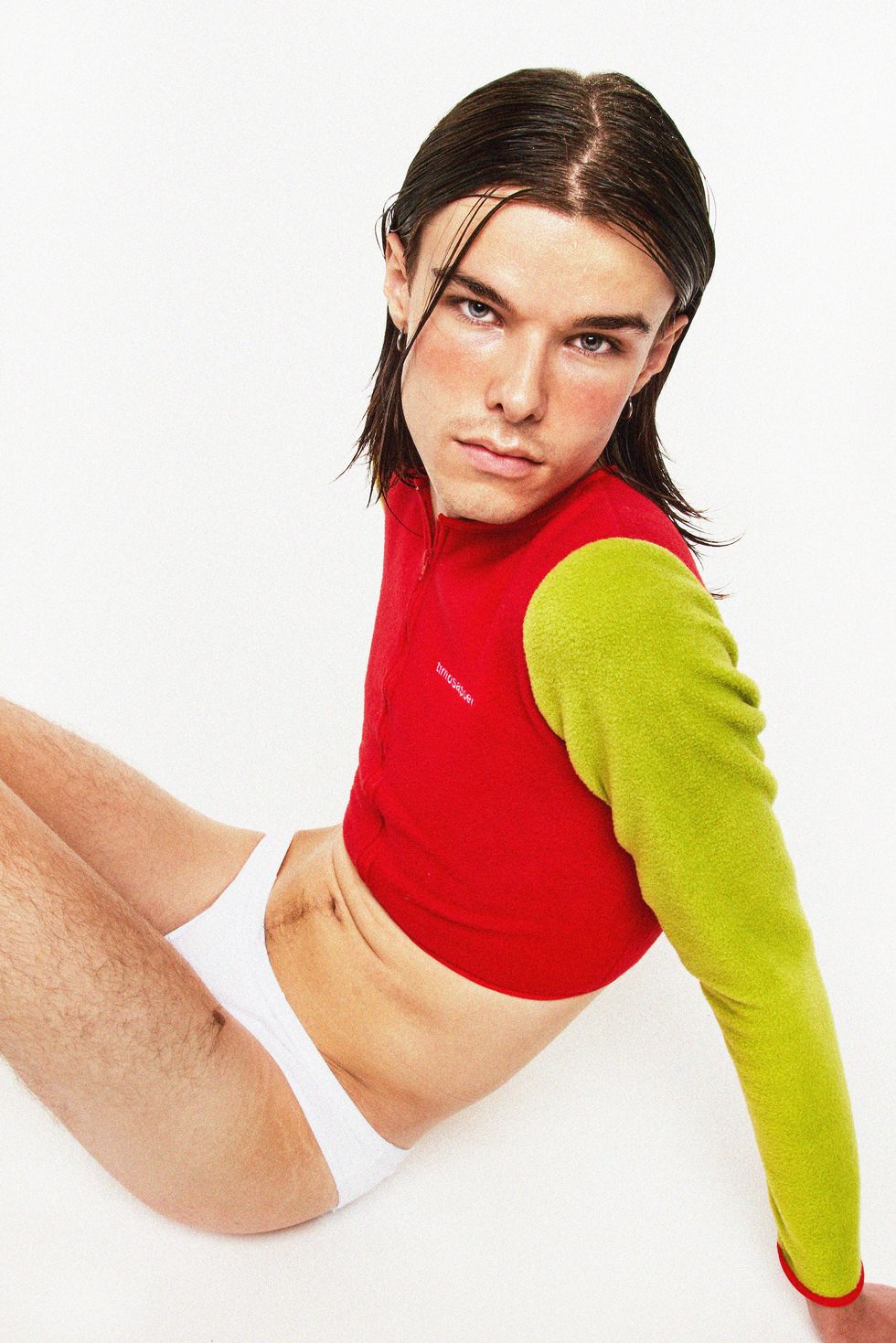 "I am designing with my own community in mind, creating pieces as a protest against the censorship and gender norms placed upon us," Sassen said in an interview for PAPER Predictions, a list of emerging creatives. "I want my costumers to be themselves, feel sexy and be comfortable in any way they choose to dress."

SebastiAn Breaks Down His Score for Saint Laurent