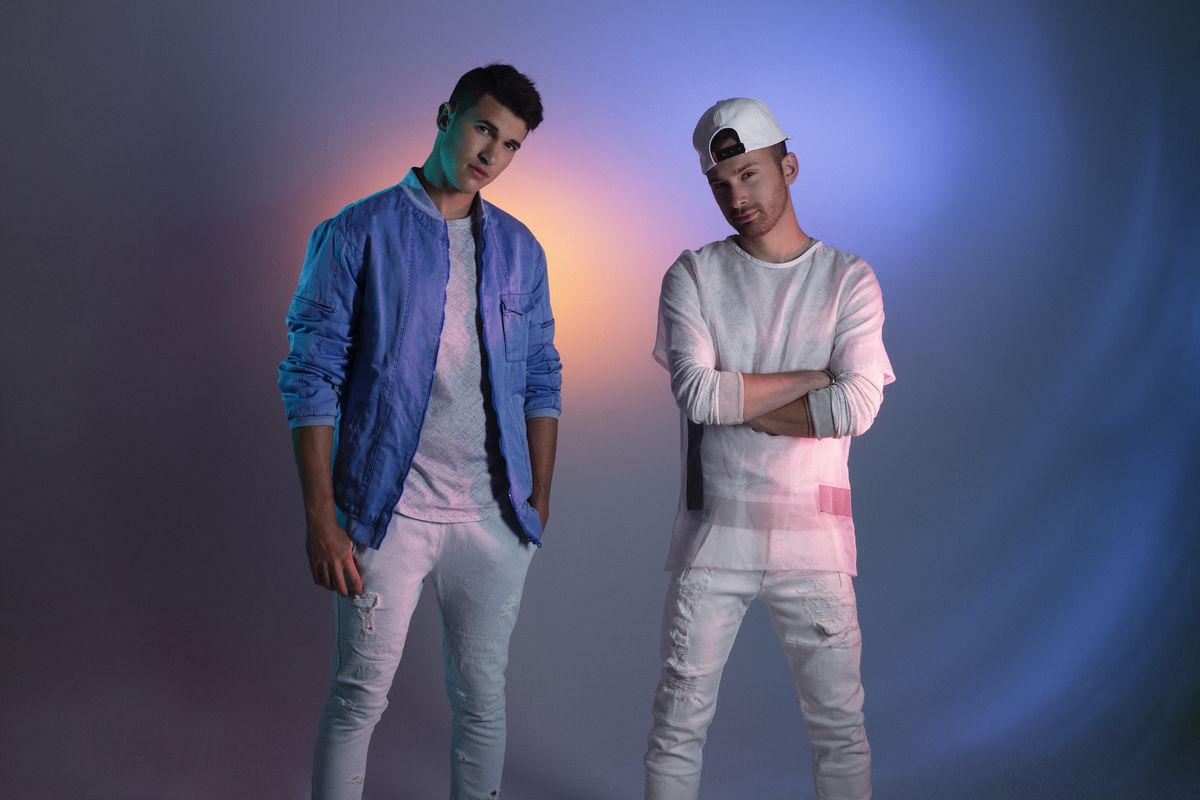 LA-based electro-pop duo Timeflies went from being a music project started by two college friends to a pop phenomenon thanks to the release of three albums, 2011's The Scotch Tape and 2014's After Hours and last year's Just For Fun. Amidst all of this, they've been tireless road warriors, criss-crossing the States and playing shows to sold-out crowds. Now the twosome, made up of Cal Shapiro and Rob "Rez" Resnick have a new single and new video out, "Something Wrong," which we're excited to be premiering on papermag.com.

The video shows the guys hanging out in what looks to be an abandoned industrial site and, in Shapiro's words, is "about following your instincts." He continues, "throughout our career, we've gotten so many different opinions and what feels like endless advice on what we should or shouldn't do and we were done with it. At the end of the day, we realized that it all comes down to us. We're the ones working tirelessly in the studio and on the road to be the artists we want to be. We had to tune out all the other voices so we could listen to our own."

Resnick adds, "this video casts us in a vulnerable light capturing us in some of our darkest moments. It was shot on an abandoned property in LA and shows us confessing to mistakes we've made along the way, as we vow to start doing everything wrong because what may be wrong to everyone else is what's right for us. I think this video does an incredible job both stylistically and visually capturing those vulnerable and defenseless moments and depicting the record's meaning perfectly. Huge shout-out to the director, Hunter Lyon, for pulling this all together! He killed it."

Check out the video above and catch them on tour throughout the rest of the year. For a complete list of dates, go HERE.