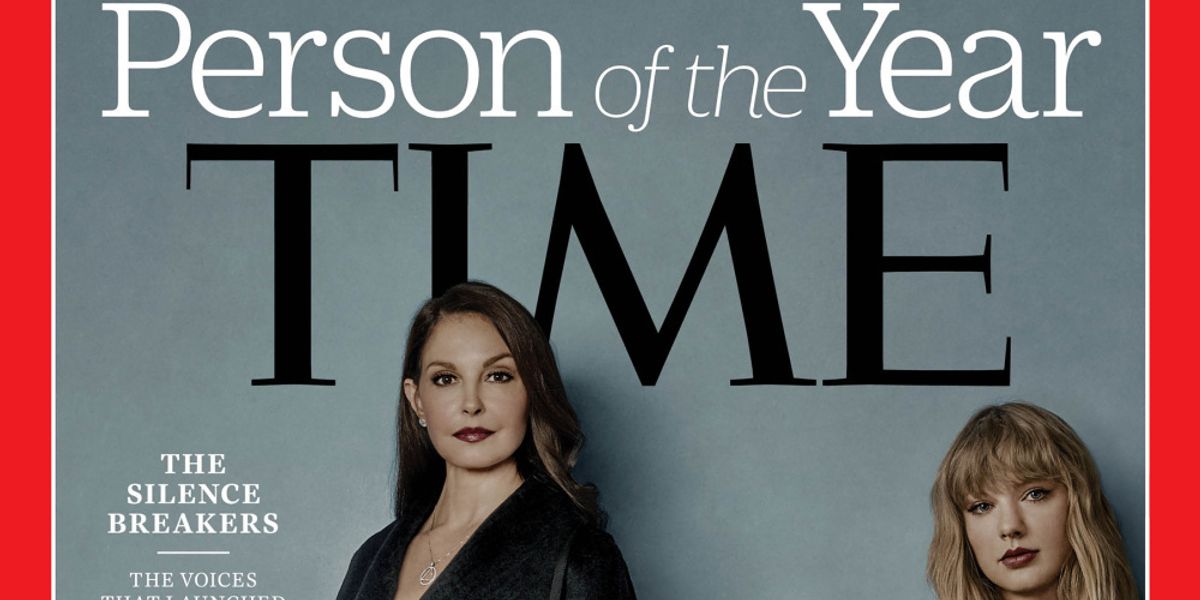 After leaked tapes publicized President Trump's perceived entitlement to sexual harass, quickly followed by Fox's firing of Bill O'Reilly for long-time sexual misconduct, then Bill Cosby's trial for drugging and assaulting dozens of women, and most recently, Harvey Weinstein's decades-long deplorable behavior that kicked off a reckoning of sorts across entertainment, 2017 has been a hell of a year for high-profile harassers and rapists. For this reason TIME has named its Person of the Year "the silence breakers," those who came forward to share their horrifying experiences with powerful men and as a result irrevocably shook up the system.

Among them is Rose McGowan and Ashley Judd, who came forward, among many others, to reveal Harvey Weinstein as their rapist, Taylor Swift who sued the man who groped her for a dollar, Alyssa Milano, who adopted social activist Tarana Burke's (also a "silence breaker") phrase, "Me too," and asked women to write and post the words if they had survived abuse. TIME also features Terry Crews, who alleged a Hollywood executive groped him, Selma Blair, one of the many James Toback accusers, Megyn Kelly, who went to Fox News to report O'Reilly's behavior, THE employees of the Plaza hotel as well as Uber engineer, Susan Fowler.

Selma Blair claimed Toback threatened to stab her eyes with a pen and "throw her into the Hudson River" if she ever revealed that he forced her to stay in a hotel room with her during a meeting while he masturbated against her leg.

"I had heard from others that he was slandering me, saying these sexual things about me, and it just made me even more afraid of him," Blair told TIME. "I genuinely thought for almost 20 years, He's going to kill me."

Swift also spoke out about her experience with harassment, something she was yet to do publicly. Radio DJ David Mueller who "grabbed her bare ass" at a 2013 meet-and-greet while she was on tour, denouncing the "great deal of blame placed on the victims."

"You could be blamed for the fact that it happened, for reporting it and blamed for how you reacted," She said. "You might be made to feel like you're overreacting, because society has made this stuff seem so casual. My advice is that you not blame yourself and do not accept the blame others will try to place on you. You should not be blamed for waiting 15 minutes or 15 days or 15 years to report sexual assault or harassment, or for the outcome of what happens to a person after he or she makes the choice to sexually harass or assault you."

She continued: "I think that this moment is important for awareness, for how parents are talking to their children, and how victims are processing their trauma, whether it be new or old. The brave women and men who have come forward this year have all moved the needle in terms of letting people know that this abuse of power shouldn't be tolerated."

So much for Trump's TIME cover.