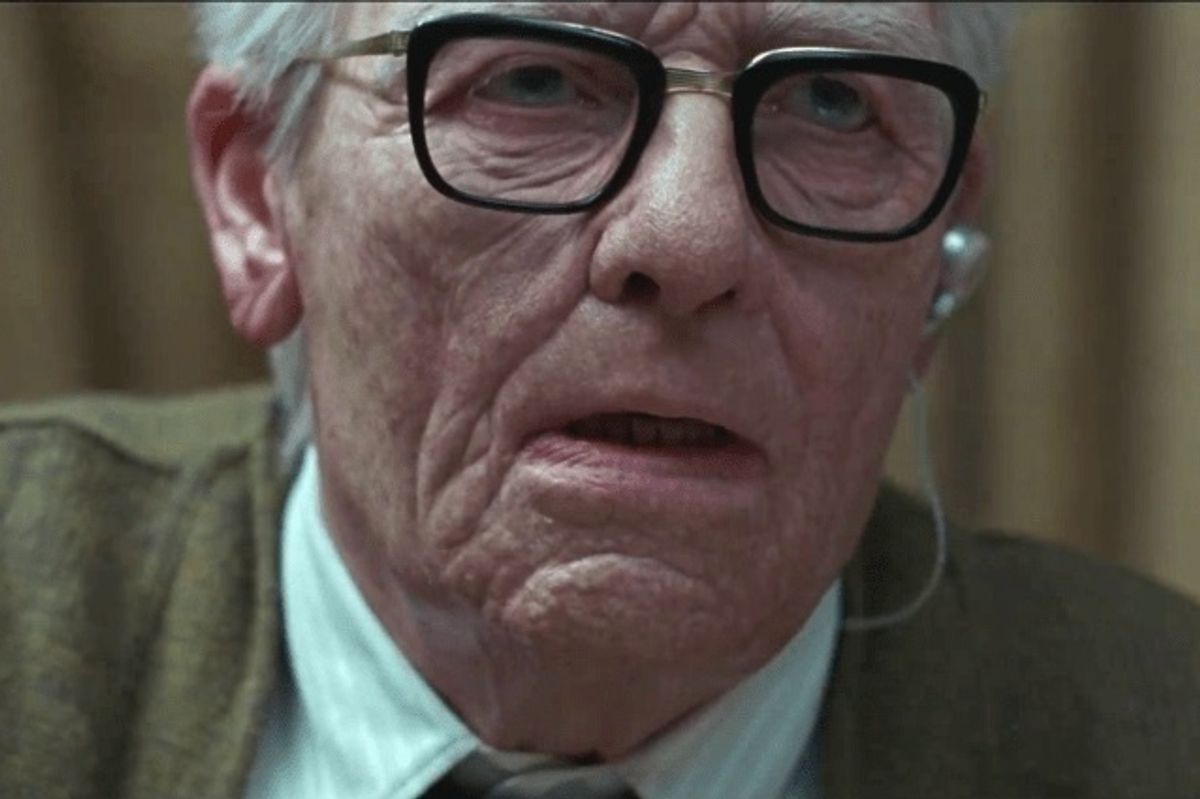 Tilda Swinton Reveals That She Played Old Man in 'Suspiria'

Luca Guadagnino's upcoming Suspiria remake is already shrouded in mystique. The movie is spooky and magical! We're excited. Especially considering that Tilda Swinton recently revealed that she played an 82-year-old man. With a prosthetic penis and balls!

When the Suspiria trailer first came out, whispers abounded regarding actor Lutz Ebersdorf, an elderly German man who had never appeared in a film before. At the Venice Film Festival, Tilda Swinton read a statement on Ebersdorf's behalf, saying he was a retired psychoanalyst from Berlin and "a private person" who would likely never appear in another film. An Internet conspiracy quickly formed that Ebersdorf was, in fact, Swinton, rumors Guadagnino initially dismissed as "fake news."

Related | An Ode to Tilda Swinton: Her Most Swintessential Moments

But then yesterday, Swift told the truth to the New York Times. "Undeniably, I would have to say, [I did it] for the sheer sake of fun above all," Swinton emailed to Carpetbagger Kyle Buchanan. "As my grandmother would have it — a motto to live and die by — 'Dull Not To.'"

Make-up artist Mark Coulier, who also transformed Swift into another elderly character for The Grand Budapest Hotel, added that Swinton specifically requested prosthetic genitalia. "She had this nice, weighty set of genitalia so that she could feel it dangling between her legs," he said. "And she managed to get it out on set on a couple of occasions."