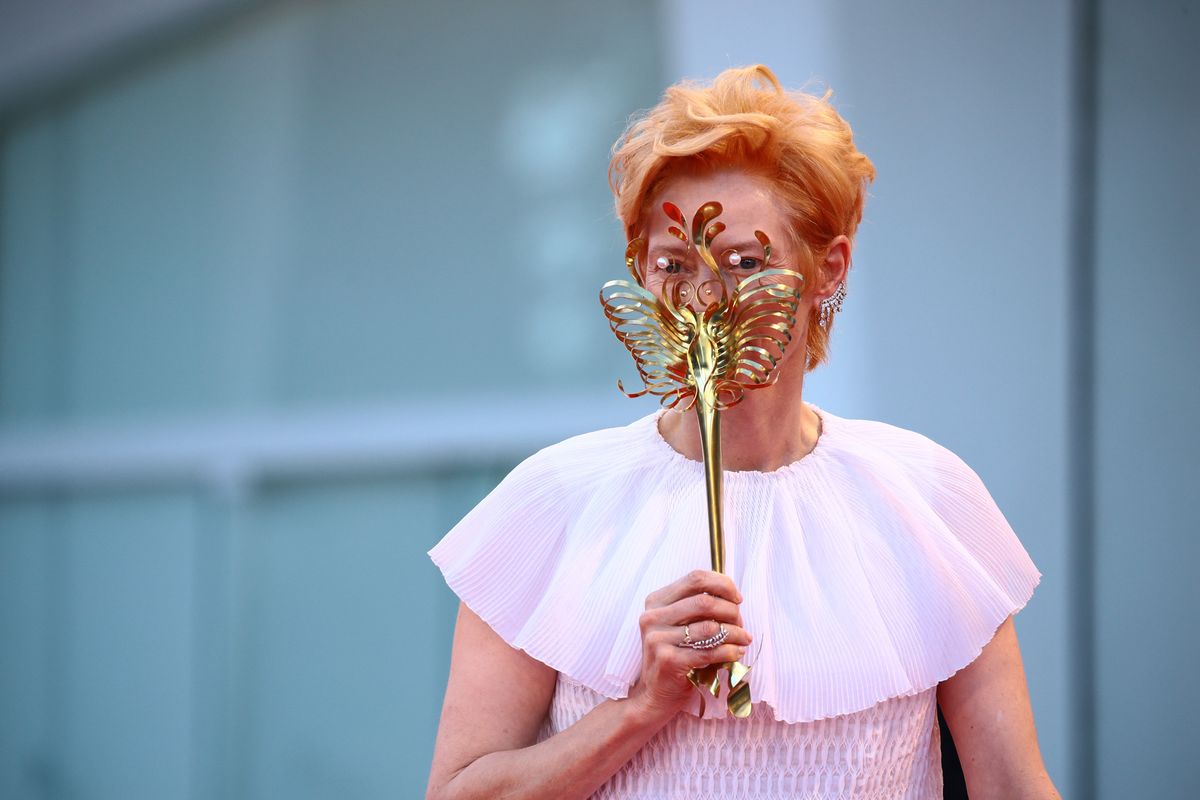 The Venice Film Festival is officially underway, and face masks are almost as ubiquitous as the couture dresses and tuxedos spotted all over the grounds. Tilda Swinton, lucky for us, knows how to keep things interesting when it comes to the red carpet, and her mask is no exception.

The actress, who is there to receive the Festival's annual Lifetime Achievement Award, opted for a sculptural handheld mask that was made especially for her by James Merry, the Iceland-based embroidery artist who's best known as Björk's co-creative director. He uploaded an Instagram photo of the custom piece he created for Swinton, which was inspired by stingray skeletons, seaweed and orchids.

Merry, who's originally from Gloucester, UK but has been living and working in a small cabin studio on a lake fifteen minutes outside of Reykjavík, works by hand in a variety of mediums. His past projects have included working with the likes of Gucci, Opening Ceremony, and, of course, almost all of Björk's global tours.

While Swinton's custom mask isn't exactly functional, it's a fitting accessory for the grandeur of the Venice red carpet. (So far she's already donned looks by Chanel, Haider Ackermann and Loewe.) Watch this space to see what she has in store as her Venice press circuit continues.