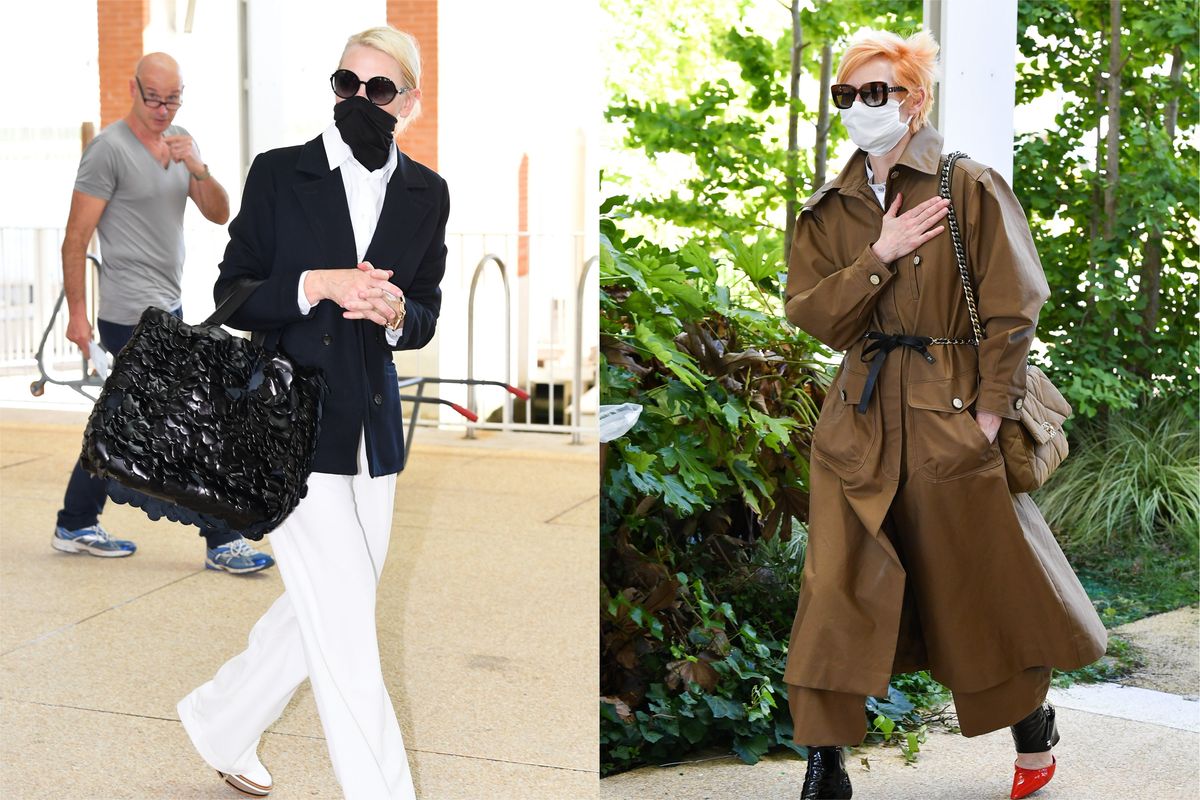 The world is about to get a taste of one of the first major star-studded events since the pandemic began. (No, the pre-recorded VMAs doesn't count.) Being held from September 2 until September 12, the Venice Film Festival is returning for its 77th year and a pair of stylish leading ladies have kicked off the proceedings in style.

Cate Blanchett, who is this year's president of the jury for the main competition, was spotted in incognito mode with her black sunnies and tote bag from Valentino Garavani. (Her white derbies are by Clergerie.) We're not sure if the turtleneck-over-mouth look was intentional or if she left her mask at home, but somehow it still works!

But don't expect to see Blanchett in off-the-runway looks for her Venice press circuit. Continuing her style mantra from last awards season, the Mrs. America actress plans to only wear looks already in her closet, rather than new or custom pieces loaned from brands, as part of her ongoing sustainability stance.

Meanwhile, Tilda Swinton also touched down in the Italian city, spotted in a head-to-toe Chanel Resort 2020 look (she's an official ambassador of the French house). Swinton, who is there to receive the festival's annual Lifetime Achievement award, paid tribute to Chadwick Boseman when she arrived in a series of Wakanda salutes and gestures.

While the Venice Film Festival has considerably less screenings this year, it's still expected to draw stars of its 60 featured films, including Andrew Garfield and Vanessa Kirby. In order to comply with Italy's distancing regulations, temperature checks and masks are mandated, and at least half of the venues' seats will remain empty.