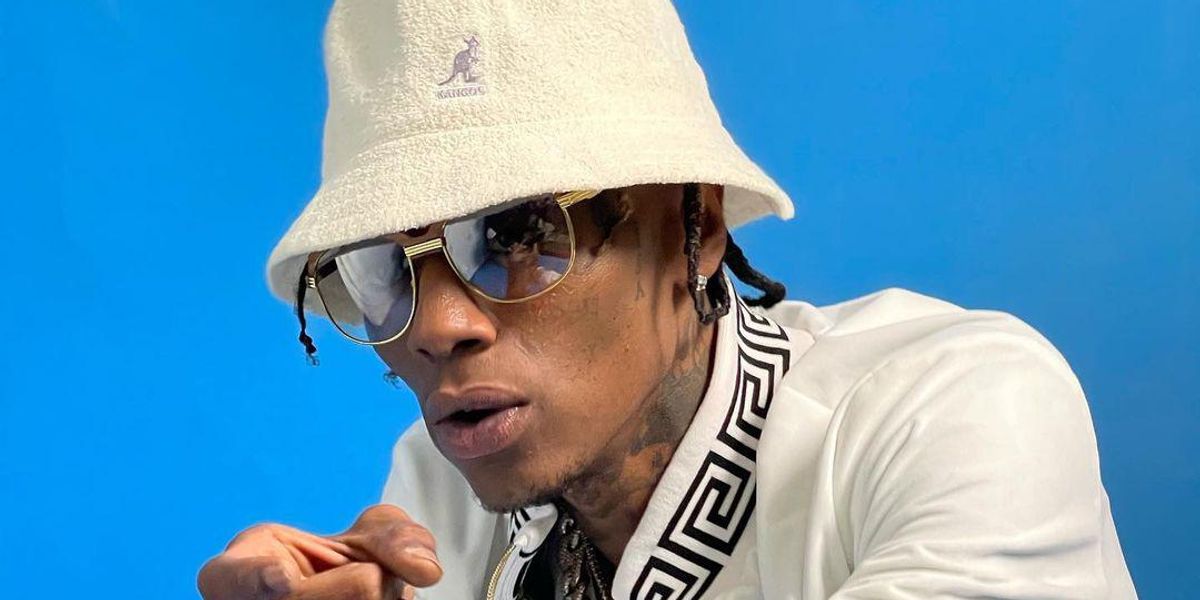 They said that he'd never be back. They counted him out for years. He was relegated to ancient meme status. But with the release of TikTok-ready track "She Make It Clap," Soulja Boy is back.

The rapper's new song, with its accompanying dance challenge, proves that everything is cyclical. Because rather than latching on to a new musical style, Soulja has once again become famous for the kind of dance music that controlled the late 2000s. He's the epitome of what Memes to Streams is all about — and it looks like he's here to stay this time.

Everyone, everywhere knows who Soulja Boy is — for one reason or another. Born DeaAndre Cortez Way, the 30-year-old rapper has been a household name across the world since when releasing his breakout song, "Crank That (Soulja Boy)," in 2007. The song, and subsequent tracks like "Donk" and "Soulja Girl," received immediate backlash from rap fans for being simple, repetitive, and seemingly a mockery of the entire genre. Nevertheless, Soulja's debut album Souljaboytellem.com debuted at number four on the US Billboard 200 and eventually went platinum.

"Make It Clap," which originated as a freestyle on Twitch, sounds like it could have been made anytime from 2007 to now. With a house-shaking baseline and a whispering refrain, it's the perfect storm for a TikTok hit song. It's about, well, ass-shaking of course, so there's no need to complicate it with a massive dance routine. No matter where you chop it up, there's a piece that'll work for the brevity of a TikTok video. It makes you think about his previous songs and how Soulja Boy was probably just starting off at the wrong time. "Make It Clap" proves that he would have been TikTok's champion had the platform somehow existed 10 years ago. Soulja Boy may not be Gen-Z, but he's no stranger to dance trends: "Crank That" also went viral because of its accompanying moves.

What led to the song really blowing up was the dance challenge created in tandem with it. Soulja Boy and popular TikTok users TheOfficialAnt_ and e.hoops all made dance challenge videos of the non-twerking routine that's simple enough for anyone to get. You simply clap in the air in three different spots, punch in the air in three different spots, and do the "Superman" dance that Soulja Boy popularized all the way back in 2007. Countless TikTok videos have taken over the platform featuring the routine and we're sure that when the pandemic's over, this will be one of the first things you see people doing on the beach. Its simplicity, combined with the song's viral nature, have made it a song to remember.

There's a bigger story than just "Make It Clap." The explosion of TikTok as a platform has provided Soulja Boy with a unique opportunity. His biggest songs have always been his dance songs, so being able to take advantage of this, on a platform where people have already performed dance routines to his old music anyway, felt natural.

On April 24, Soulja Boy took to Instagram with an exciting announcement: "She Make It Clap" had hit number one on Billboard's Top Triller US chart. Earlier in the month, he'd claimed that he was doing better than rappers with big marketing budgets. On April 30 he released an original video for the song, showcasing the easy-to-replicate routine in detail. With more than a million views amassed since the time of this writing, it looks like "She Make It Clap" is only going more viral from here.

Soulja Boy has struggled to maintain that 2007 relevancy, and "She Make It Clap" is his much-needed reintroduction to the world. The fact that he didn't have to reinvent himself to find a new audience is important — he got here by sticking to his guns, and eventually a platform inside of his wheelhouse magically sprouted into existence.

Soulja Boy and TikTok go together like white on rice. I'd be willing to bet that we'll see an entire album of new songs from him that are specifically made for TikTok. And if we do, get ready to learn at least a dozen new dances to follow "She Make It Clap."